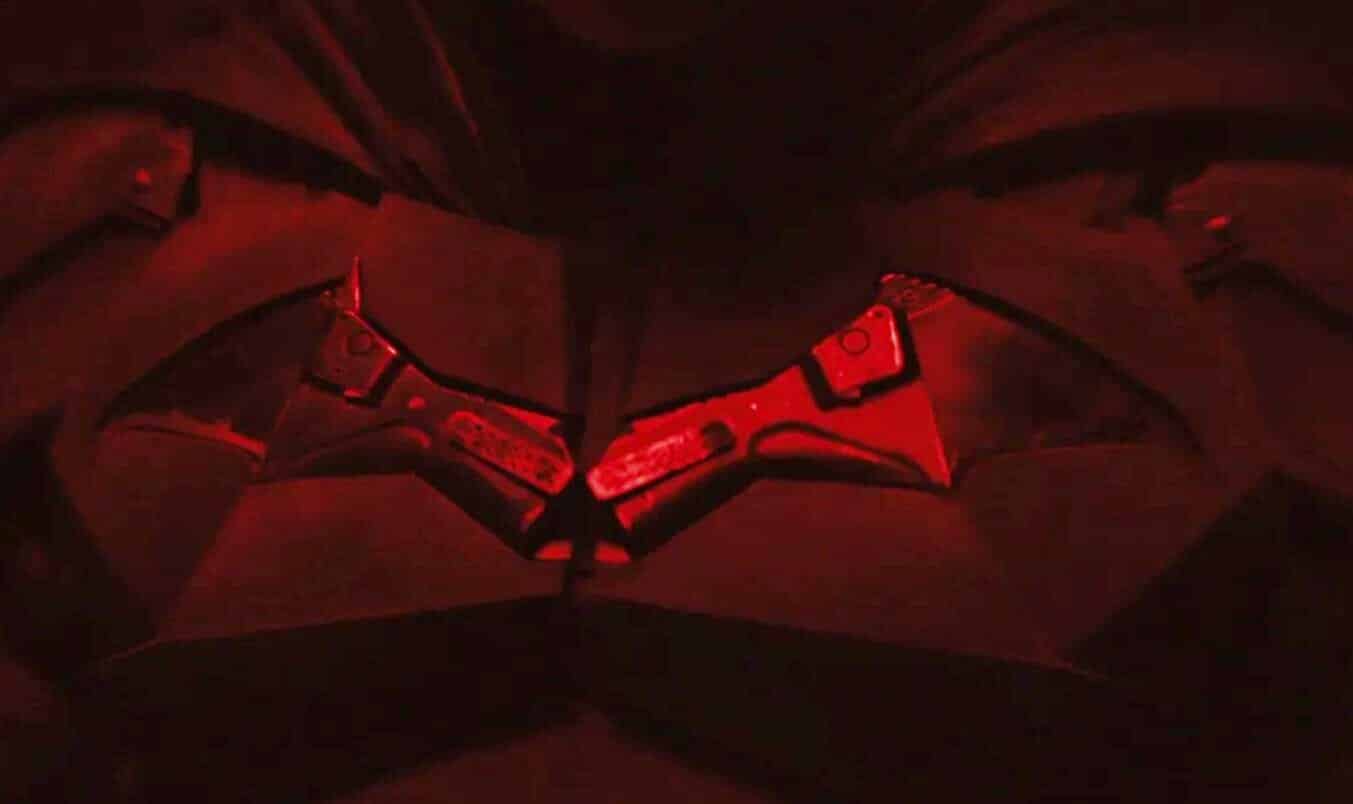 It is finally here. Matt Reeves has released the very first look at Robert Pattinson as the titular character in The Batman in a video clip today, and the internet is going crazy. Ever since his controversial casting, fans have been clamoring for a look at Pattinson in the famous cape and cowl, curious not only to see how the actor would look in the costume, but also how Reeves and his art design team would give their own personal touch to the Dark Knight’s iconic, albeit fluid, look. And, in this new look, there’s a very interesting note in one particular part of the uniform, and it has sparked a very interesting theory.

First off, while the test footage is short and put in an eerie red light, so tons of integrate details are still a bit of a mystery, but there is one detail that we get a pretty decent look at: the Bat Logo. Throughout the 80+ year history of the Caped Crusader, Batman’s chest logo has been a beacon of the hero, and has evolved just as the character has. This is doubly true for the screen adaptations of Bats. From the ‘66 Adam West TV series to the half a dozen silver screen versions and even the animated iterations, all have had their own unique take on the logo. Now, with the latest version, we get another logo. This one has a more industrial feel, and it’s that look that starts to fuel this theory.

Pieces of the gun that killed his parents, that’s Metal AF pic.twitter.com/4rbnA5hM3D

That bat symbol is the gun that Joe Chill used to kill the Waynes. Bruce taking the weapon that murder his parents and turning it into the incorruptible symbol that represents the batman, Boy..Matt Reeves has reached a level of thinking &beautiful way use of comic.#TheBatman2021 pic.twitter.com/8tCEIHJ7gT

If you look closely, the logo looks to be made out of handgun parts. Now, Batman doesn’t typically use guns, so this seems like an odd choice. But, what if it’s from a certain gun in particular? Like Joe Chill’s gun, aka the gun that killed Bruce Wayne’s parents and subsequently sent him down the road to becoming The Batman? What better way to signify that pivotal moment than to use the instrument of horror and turn it into the symbol for justice?

While nothing has been confirmed yet, obviously, if this is true, it is a truly unique and awesome change to logo that shows that Reeves really understands and appreciates the character and the long history that comes along with it.

Do you think this theory is true? Let us know in the comments below!