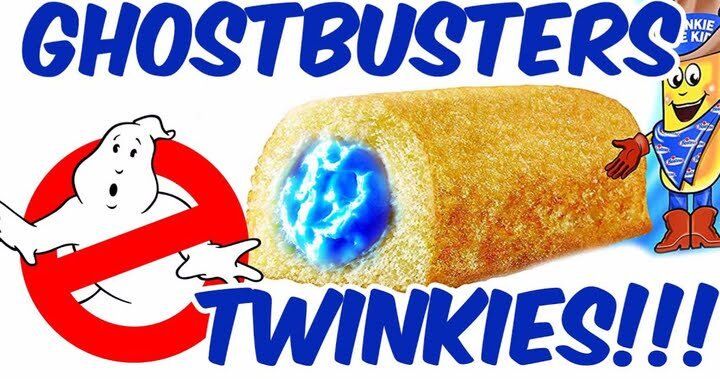 The Ghostbusters franchise has always been well known for introducing great tie-in merchandise based on its various films and animated shows. And as one can expect, the new Ghostbusters film Ghostbusters: Afterlife will be no exception. In fact, it looks like a recently announced tie-in for the new film will be a nice homage to an iconic line of dialogue from the original movie. As a recently leaked image reveals, it looks like fans can soon expect a special line of Ghostbusters Twinkies in stores.

The new Twinkies are apparently loaded with a “slimy” new looking blue filling instead of the usual white filling. It’s also been suggested by the images that we can expect the products exclusively from Walmart, along with what appears to be Ghostbusters Ding Dongs as well. Yum.

Of course, between this and the iconic Twinkie quote from the original film, there’s still one other bit of history between the two brands. The 2016 “remake” of Ghostbusters also featured a line of Twinkies inspired by the movie, however instead of a blue filling, they had a special green colored filling instead. While green is no doubt more appropriately slime-themed, the blue makes a notably nice addition itself. Although I won’t lie, it’d be nice to see some pink slime Twinkies as a tribute to Ghostbusters 2 – the massively underrated sequel to the original Ghostbusters which featured a large emphasis on pink slime.

Nevertheless, it’s nice to see that marketing is really beginning to kick in for Ghostbusters: Afterlife which is a hugely anticipated sequel especially for fans who’ve waited decades to see the original cast in another Ghostbusters film. While star Harold Ramis unfortunately couldn’t be in the new film given his death, it is almost bittersweet to see Ghostbusters still associated with Twinkies – as he’s the reason for the memorable Twinkie line in the original film. As you likely remember, Harold Ramis’ character Egon Spengler used a Twinkie as an analogy for how much supernatural energy was infesting the city.

While he won’t be around to make any other Twinkie references in the new film, that’s the reason it’s nice to see Hostess and Sony working together to bring us Ghostbusters themed Twinkies. But as mentioned, these images were leaked, so there still hasn’t been any official announcement given or when we can expect them to hit stores. But hopefully soon, especially with the new film only a few months away.