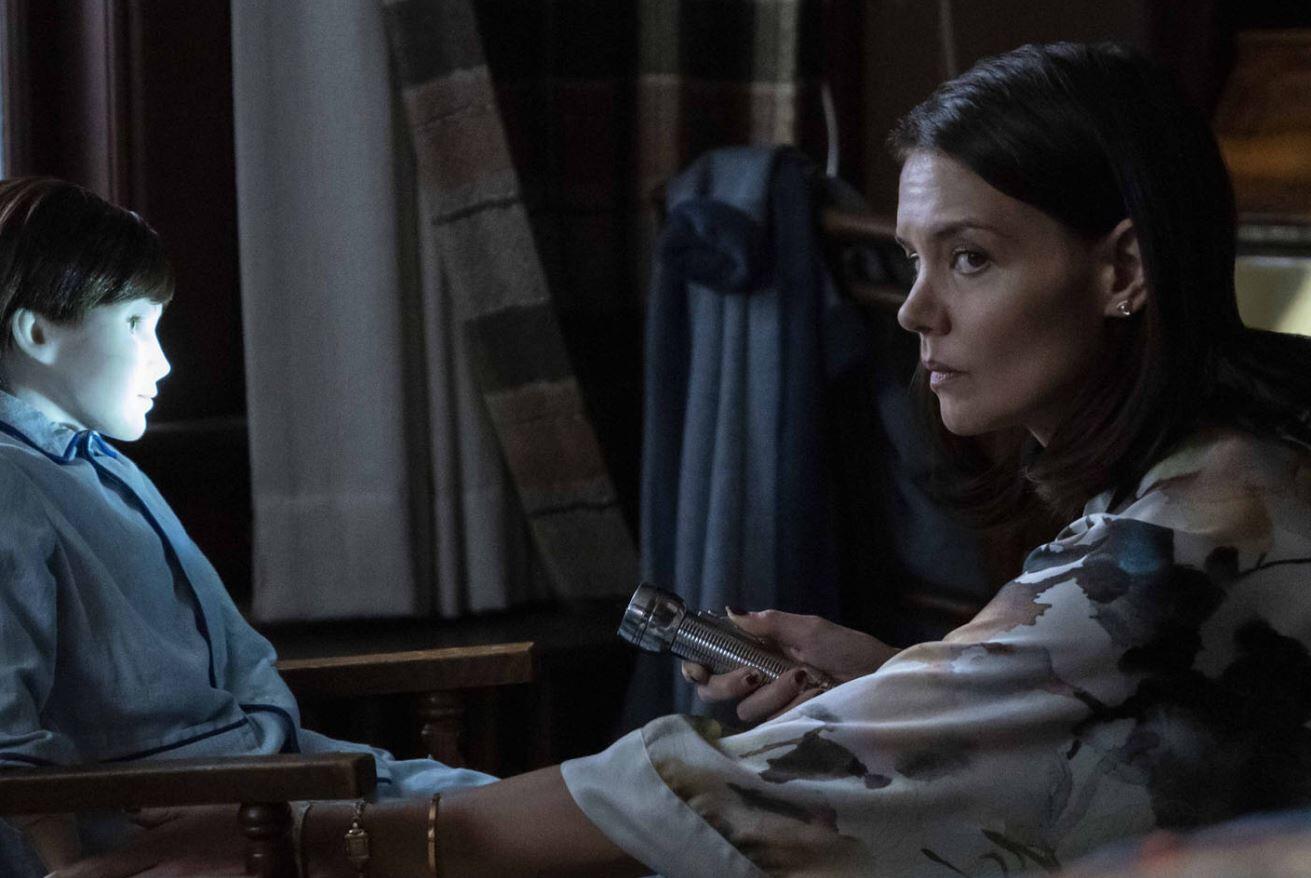 Sequels have become a lot more commonplace in the horror genre, with the studio model of inexpensive horror projects making it easier to greenlit a sequel for a modest hit. Cheap productions like Unfriended: The Dark Web, Strangers: Prey at Night, and Ouija: Origin of Evil have done a solid job at either matching the standard of or improving on their predecessor, with horror fans hoping that will be the case for Brahms: The Boy 2. Its 2015 original was released with little fanfare, failing to impress critics with a 30% rating on Rotten Tomatoes.

Well, it appears one person has already been scared by the upcoming sequel, with Katie Holmes discussing in an interview with SlashFilm her reaction to the final product.

“My character is a mother who’s gone through a traumatic experience, and so we go to the country to sort of heal. She is starting to feel very uneasy because of the influence of this doll on my child. In the process of trying to heal, he’s getting more and more terrified. And I felt like that was very relatable for parents. It was a challenge.

It was creepy. It was really creepy every single time. They did such a good job with that doll. Yeah, I didn’t want to be alone with the doll. It was weird. They did such a wonderful job. By the end, it was like, ‘Am I waiting in line behind a doll at catering? I might be. I think this thing really is alive.’”

Holmes endorsement makes sense as she is currently marketing the film’s February 21st release date, but I do think Brahms: The Boy 2 has a chance to build upon its predecessor. The more traditional horror approach will give the creepy doll character a chance to make his mark, with Holmes inclusion also bolstering the cast significantly.

Are you excited for Brahms: The Boy 2? Let us know in the comments!

Continue Reading
You may also like...
Related Topics:Brahms: The Boy 2, Horror, Katie Holmes