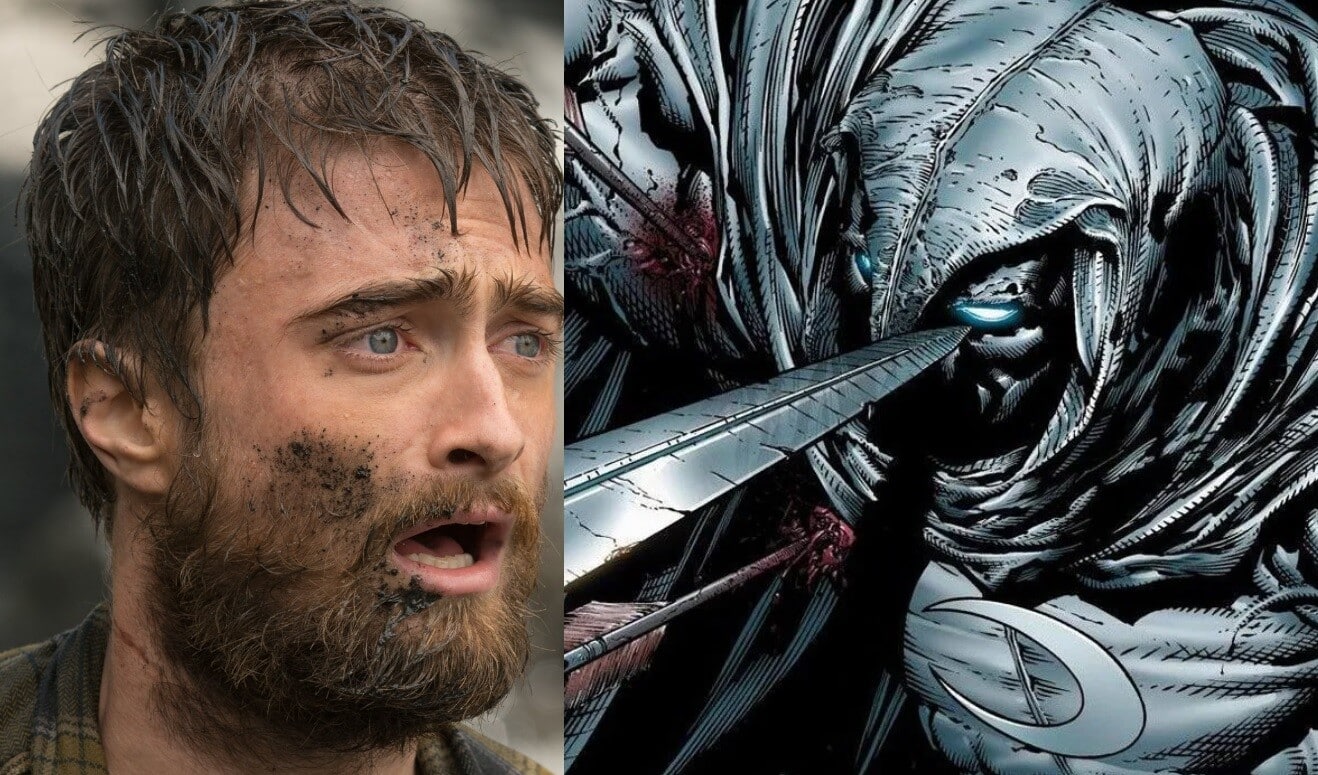 The future of the Marvel Cinematic Universe is in full force as Phase 4 begins and the world has expanded in the streaming realm with shows on Disney+. And, as we look forward to what’s already coming in Phase 4, Phase 5 is getting plenty of buzz as well. Several shows have been announced, such as She-Hulk and Ms. Marvel. But, arguably the most anticipated series to come is Moon Knight, Marvel’s resident schizophrenic superhero. Think Batman but with multiple personalities, and a willingness to cross moral lines when necessary. Rumors have been running rampant that Daniel Radcliffe would be playing the hero, and the Harry Potter star has finally addressed these speculations.

The current star of TBS’s Miracle Workers, and star of the upcoming biopic thriller Escape from Pretoria, Radcliffe spoke with ComingSoon, and has debunked the Marvel rumors.

“If I was ever to go back into a franchise, I think the bar for that script would be even higher than anything else. Before you can sign on to being in anything for multiple years, you have to be sure you’re really going to love it all the time. I’m not averse to doing any kind of franchise thing in the future again, that could be fun. But the Moon Knight rumors are untrue, I can officially debunk that one, I haven’t heard anything about it.”

So, there you have it, folks. As of now, Radcliffe is not set to play Marc Spector, aka Moon Knight. In fact, he hasn’t even been approached yet! However, this doesn’t mean he’s not on Marvel’s radar for the role, but considering that the script is still being written, it’s way too early to lock in anyone for any role as of yet. And, one thing to note from Daniel’s comments is that the script would need to be an A++ story. Being locked into a franchise is time consuming and a bit stifling for an artist, and having already been a part of one of the most successful franchises of all time, Radcliffe isn’t ready to just jump back in to another life consuming film universe just yet.

Are you disappointed in Radcliffe debunking this rumor? Let us know in the comments below!