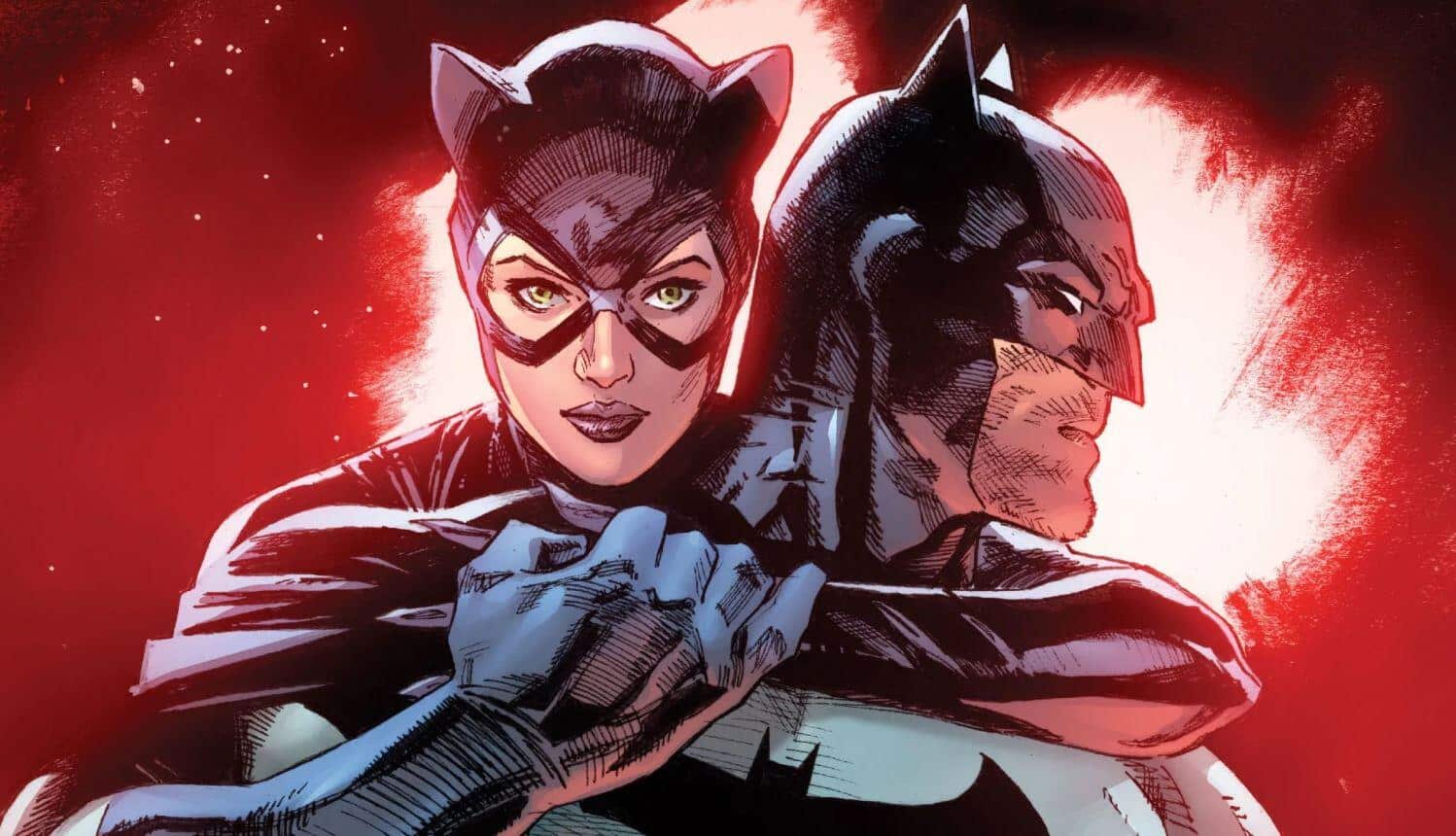 Batman has had a pretty rough year in the comics. He had finally found love, but was left at the altar by Catwoman (thanks to villain interference). Then, Bane orchestrated Batman’s worst period ever, including the death of Alfred, the man who raised him and has been by his side. But, it looks like there might be a little bit of the silver lining for the Caped Crusader, in the form of a family. Ton King is on a historic 85 issue run with Batman, and has now teased a new dynamic for the Dark Knight.

King shared an image from a future issue, drawn by longtime collaborator Mikel Janin, that showcases Catwoman and Batman standing atop a gargoyle in a romantic embrace, as one does. But, it’s Catwoman who stands out here, as she is pregnant! Now, this technically wouldn’t be the first time that Bruce Wayne and Selina Kyle have had a child together, but it would be the first time in the main DC Comics universe. Their first child was in an alternate universe, named Helena Wayne, but was introduced to the main continuity during the infamous Crisis of Infinite Worlds crossover event with a whole new family and name, Helena Bertinelli, and became The Huntress (whose most recently been in Harley Quinn & The Birds of Prey film, played by Mary Elizabeth Winstead).

Whether this child has a future as a superhero obviously remains to be seen, but you can pretty much guarantee that it’s upbringing will be anything but normal. Whether a male or female, it will most likely be kidnapped at least once, and of course there will be turmoil between Selina and Bruce on how to raise the child. One will probably want to train the child for crime-fighting, and the other will want to keep them as far away from the lifestyle as possible. It will be quite interesting to see which parent picks which side.

Are you excited for Batman and Catwoman’s child? Let us know in the comments below!