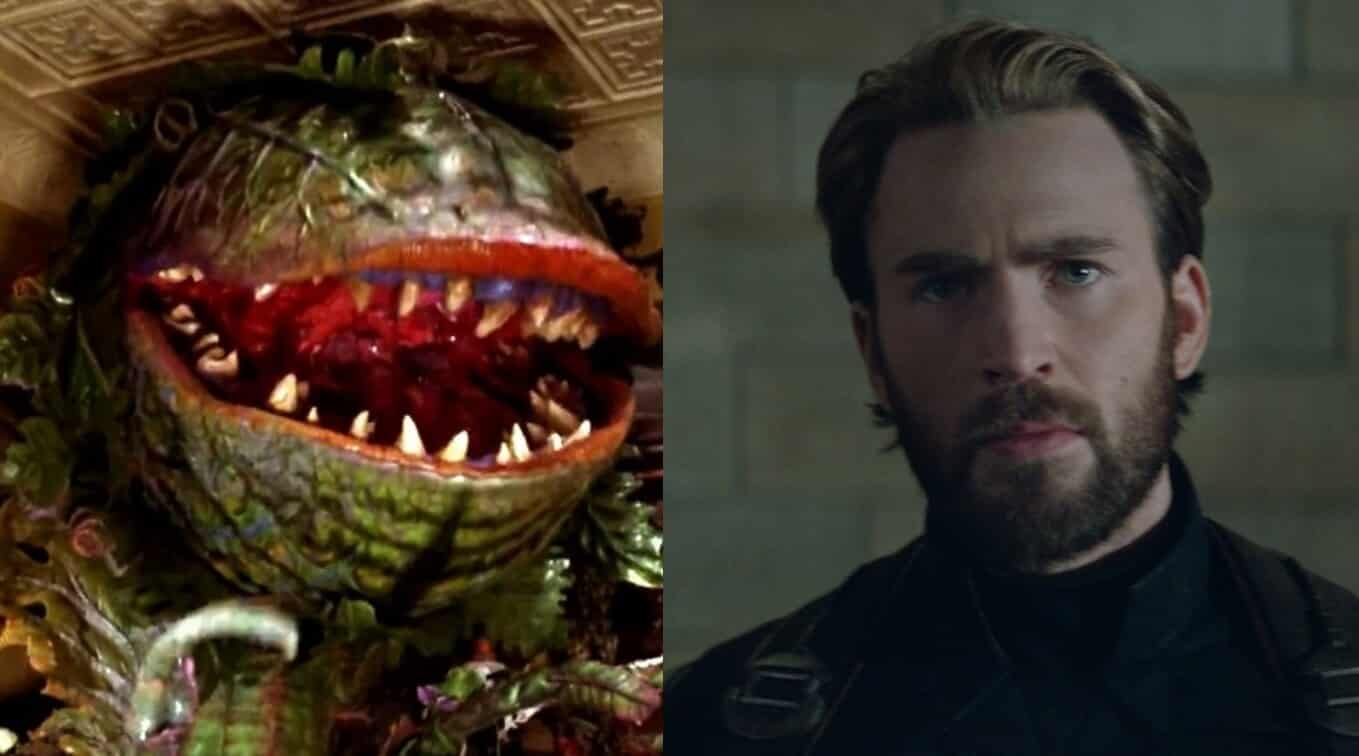 Most people know Chris Evans as Captain America from the Marvel Cinematic Universe. Many also remember his short tenure as Johnny Storm in the first Fantastic Four films by Fox. There are some who even remember his start in the Rom-Com spoof, Not Another Teen Movie. He’s down serious roles, spanned genres, and really fallen in to the part of well-rounded actor. Now, it looks like he may be adding musicals to his resume in the Little Shop of Horrors remake.

According to Deadline, Chris Evans is in early talks to play Dentist Orin Scrivello in Little Shop of Horrors reboot. The classic musical about a shy florist and his man eating alien plant has had many iterations from film to Broadway, most famously the Rick Moranis led film in 1986, directed by Frank Oz. In that version, comedic legend, Steve Martin, portrayed the sadistic dentist who loved to inflict pain on his patients. He had a big musical number, too, aptly titled ‘Dentist!’

Alongside Evans in the early talks for the film are fellow Avenger Scarlett Johansson, Kingsman star Taron Egerton, and fashion icon Billy Porter. While we seem to be living in the Land of Remakes lately, musicals like this one get generational revamps all the time. It’s par for the course, really. Steven Spielberg is currently bringing West Side Story back to the big screen, and we all just suffered through the abysmal remake of Cats. Other musicals, like Rent and Fame, have had several iterations as well.

Evans most recently played the jerkish grandson in the acclaimed Knives Out, a departure from his near decade run as the out-of-time, clean cut, super soldier in the MCU. But, if you’ve ever seen Snowpiercer, The Losers, or Push, then you’ve seen Evans lean into a darker side that will be necessary for the dentist role in this musical.

Do you want to see Chris Evans in this musical remake? Let us know in the comments below!