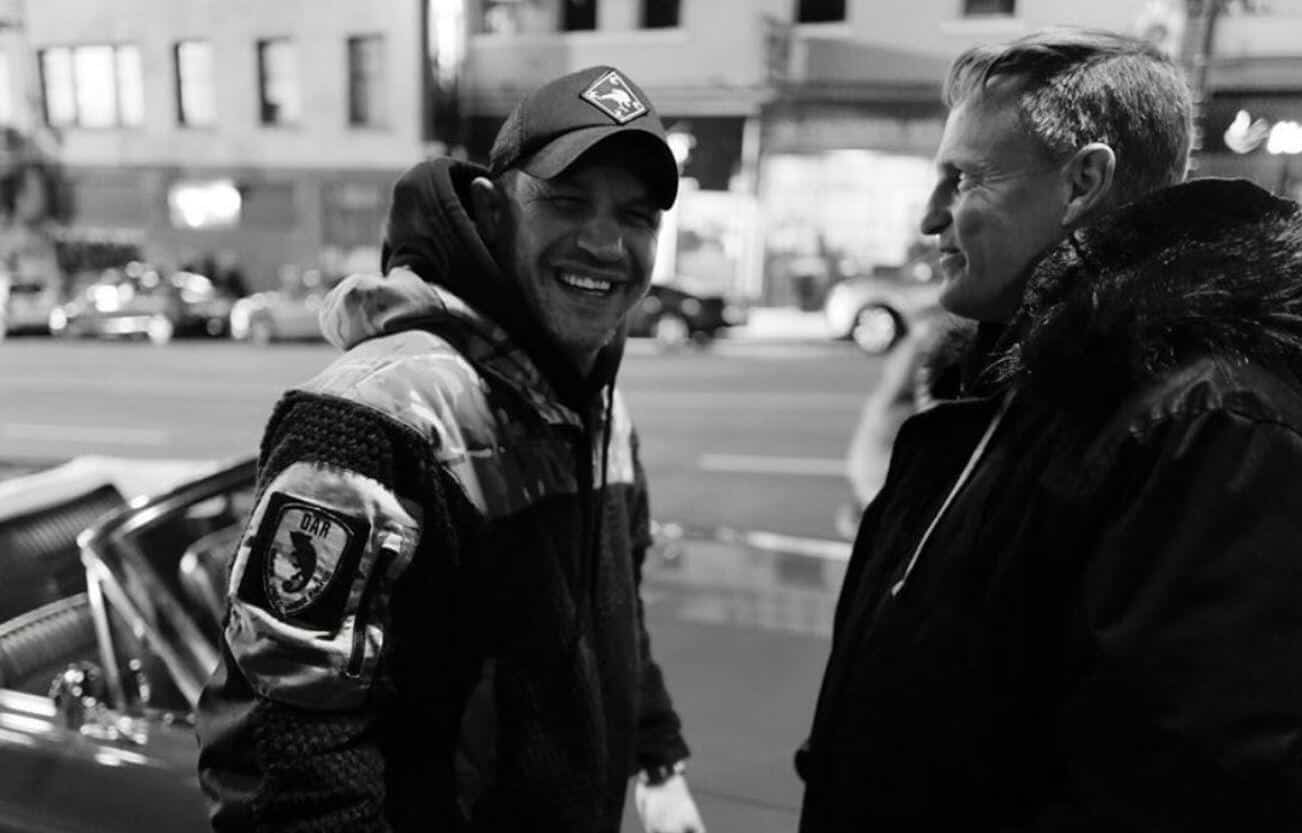 While it was panned by critics, Sony’s Venom was a commercial success, and something fans were definitely keen on. While the plot had its downfalls, Tom Hardy delivered an excellent Eddie Brock, and the dynamic between man and symbiote was highly entertaining. It opened to the highest October box office at the time, and it set itself up for certain sequel. Now with Andy Serkis in the director’s chair, filming on said sequel is underway, and a new batch of BTS pics have come online that showcase Hardy, the director, and Woody Harrelson as the villain Cletus Kasady.

Photographer Greg Williams shared some candid pics from the filming in San Francisco on his Instagram. In them, we see co-stars Hardy and Harrelson enjoying their time together between takes, and Tom himself shared a pic of Serkis giving some directorial advice from his chair. While these pics don’t really reveal any plot details or even give clues as to what is going on on that day of filming, we do get our best look at Harrelson’s look as Kasady. This part seems to be later in the film, as the curly red locks we got in the post credits scene of the first film and in previous BTS pics are now gone for a cleaner look.

So far, the plot is being kept tightly under wraps, but fans are incredibly excited to see Carnage come to life on the big screen. The psychotic symbiote attached to a ruthless serial killer had been a major bane for Spider-Man and Venom, taking a blood thirst to an unparalleled level, even for the comics. And, with motion capture godfather, Serkis, at the film’s helm, we should get an incredible sequel in Sony’s Spider-Verse. Hopefully, we’ll get some plot details soon, and maybe even a trailer in the next few months.

Are you excited for Venom 2? Let us know in the comments below!