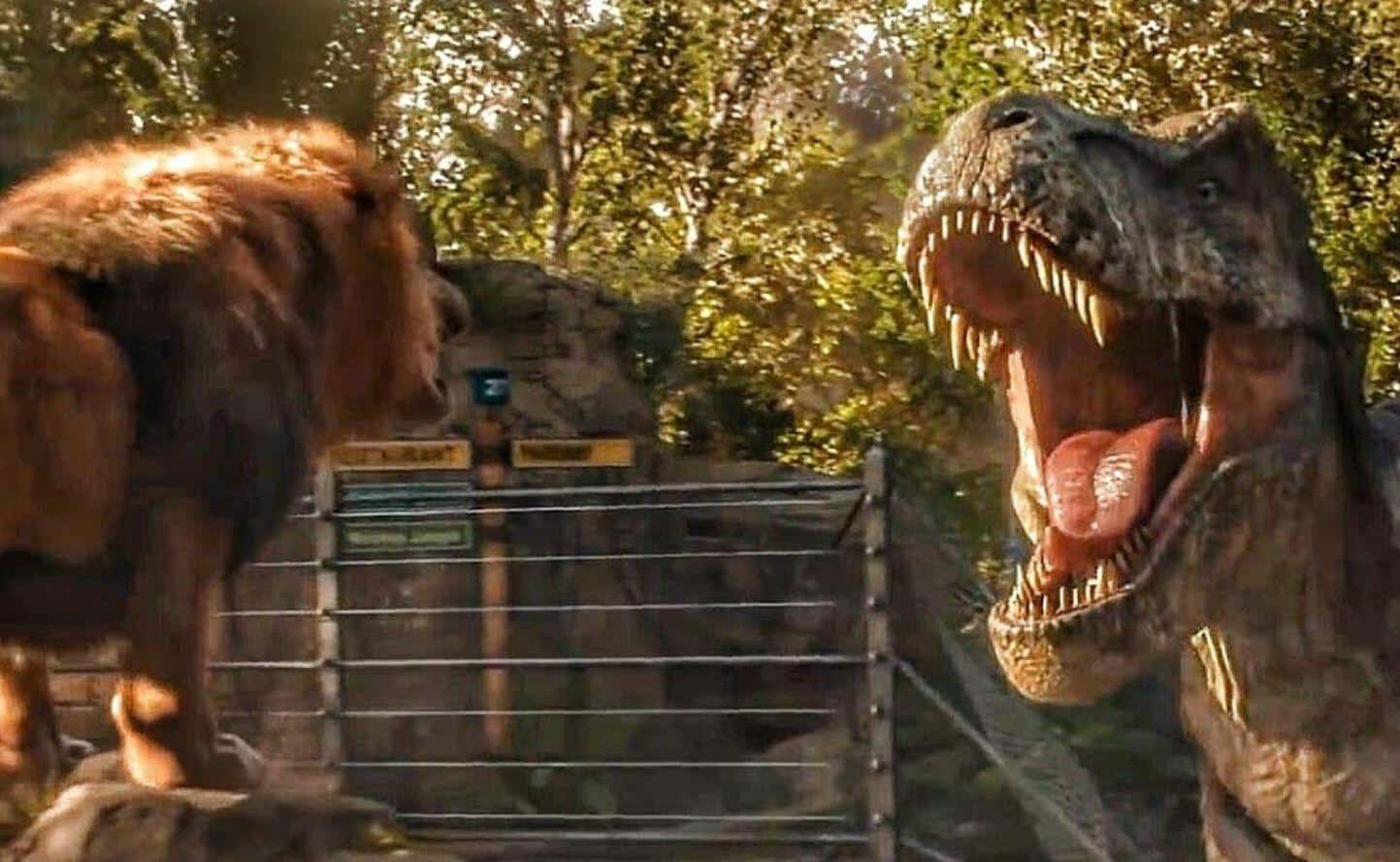 Many fans have been excited to see what would be next for the Jurassic Park and Jurassic World films following the massive finale for Jurassic World: Fallen Kingdom. The movie set up what essentially appeared to be something of a dinosaur apocalypse, and obviously that was a major sequel tease. While information was teased along the film’s preproduction period, it has now been confirmed that shooting has finally commenced along with a revelation of the  official title for Jurassic World 3 in  Jurassic World: Dominion. You can see the title presented on director Colin Trevorrow’s latest Twitter post which includes a rather familiarly colored Jurassic Park styled emblem.

The new title for Jurassic World: Dominion is no doubt a significant one. It clearly states that dinosaurs are now clashing with the mainland as was teased at the end of Jurassic World: Fallen Kingdom. Now we’ll finally get to see the cinematic results of that particular ending and what will exactly be in store for our cast of characters. As you can see from the names below, this is certainly shaping up to be a massive entry in the franchise. Especially given the way the storyline will have to evolve in order to accomodate for what appears to be a dinosaur apocalypse.

Colin Trevorrow is directing Jurassic World: Dominion. Emily Carmichael wrote the script with Trevorrow. Frank Marshall and Pat Crowley are set to produce with Steven Spielberg and Trevorrow serving on the film as executive producers.