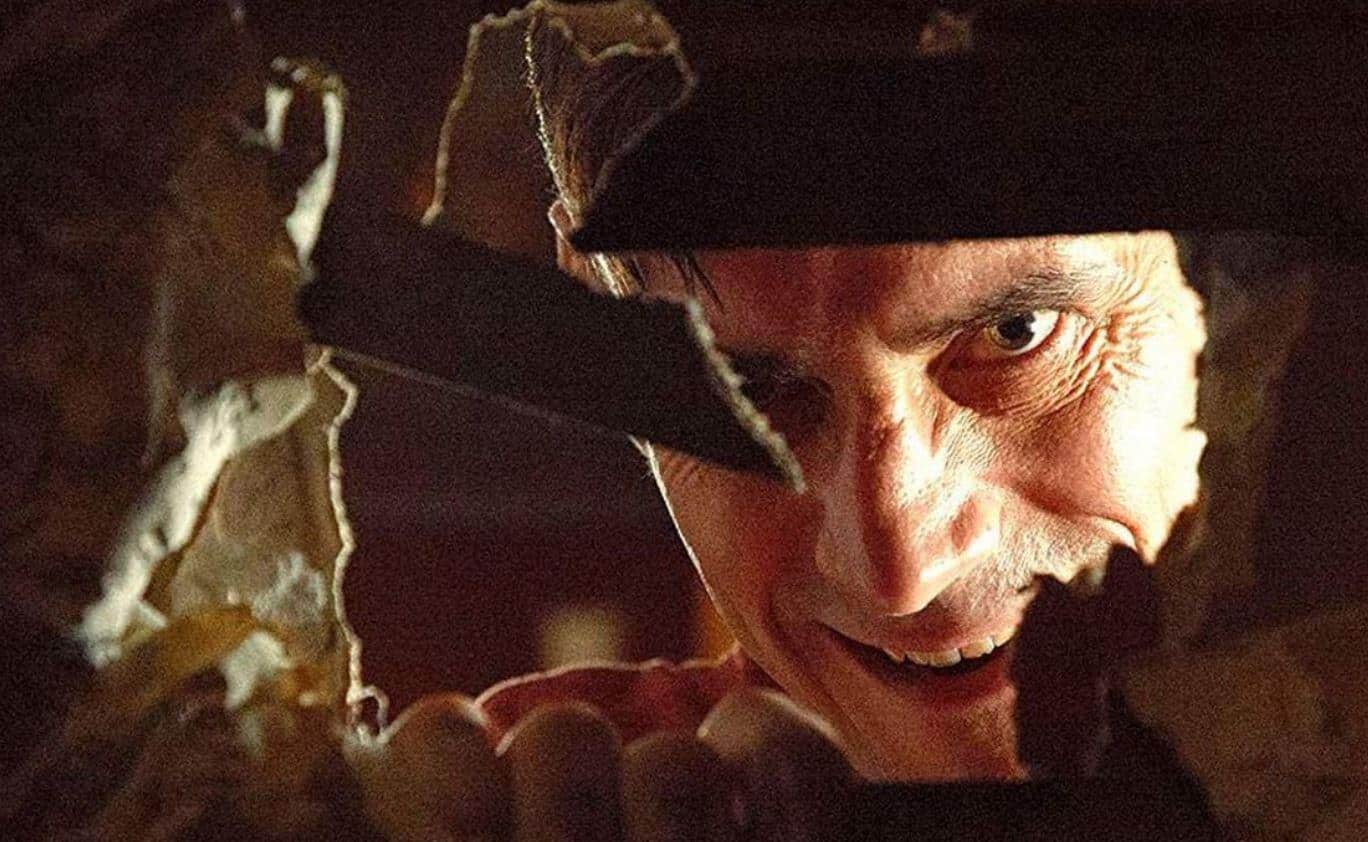 It appears to be happening more often than not that Netflix usually comes up with something that will really please the horror community and as a result tend to go viral from the praise. One of their latest releases is no different. Netflix’s most recent horror release is receiving all kinds of major reviews and praise from many different horror fans. The film, titled Girl on the Third Floor, has become a hit with both fans and critics and understandably so considering its influences include remarkable genre fare with movies like The Shining and Eyes Wide Shut.

Girl on the Third Floor takes a thrilling psychological approach to its horror, albeit not without plenty of blood and gruesome imagery to help boost the impact of the strange things going on within its story. The movie follows the life of a husband as he attempts to renovate a newly acquired broken down house for both him and his wife to live in. Unfortunately the house winds up having a supernatural presence and decides to eject its new residents.

As stated above, the movie takes inspiration from a variety of psychologically inventive and gruesome horror movies like Stanley Kubrick’s The Shining, which continue to have their own impact on the horror genre and modern day moviegoers. Obviously the style must have benefited this new Netflix film as well. As you can see below, there’s nothing but praise and acclaim from both fans and critics alike regarding Girl on the Third Floor.

It’s definitely nice to see that such a horror film with a reliance on atmosphere and psychological terror can still resonate with audiences today. It goes to show the power that some tactics still have and Netflix certainly has a strong grasp on which tactics to use these days when it comes to their horror projects. Hopefully we continue to see the streaming service make these solid choices in the future.

“The girl on the third floor” it’s not scary at all! Just very, very disgusting!!!! The plot is absolutely stupid!!

Clicked on this movie, thought it was going be good, this shit turned out to be the scariest shit I even seen I couldn’t even finish it!

“Girl on the third floor”

My spirit can handle scary shit yo!
Once that creature revealed herself I was too fucking done!

GIRL ON THE THIRD FLOOR is scary and THE DEAD CENTER really got under my skin and creeped me out.

Girl on the third floor is a very disturbing waste of time. Don’t watch it

GIRL ON THE THIRD FLOOR could use a bit more focus on its story, but the entertaining performances, disturbing imagery, and amazing practical effects elevate this CM Punk horror film into a bizarre, but compelling Cronenberg-esque take on the empty power of toxic masculinity. pic.twitter.com/pzwz59Ru32

Girl on the Third Floor by @TravisStevens is a skin crawlingly tense ghost story & body horror hybrid which boasts a refreshingly repugnant protagnist who leads us through the bowels of a unique & disturbing haunted house. pic.twitter.com/iJf0xUT7dR

Just watched @CMPunk in his movie on netflix. The Girl On The Third Floor. Very interesting and a unique disturbing thriller/horror. pic.twitter.com/oVv6p4XzKB

Girl on The Third Floor (2019) 4/10
This movie is disgusting and disturbing. I don’t recommend watching this movie unless you want to be grossed out. The story isn’t very good.. has a lot of gore. If you like disturbing movies then this movie is for you!#girlonthethirdfloor pic.twitter.com/HqYMkpZfvV

I watched Girl on the Third Floor on Netflix last night and I have no words. It grossed me out more than scared me. This was my face the whole time pic.twitter.com/ufVFmM14rB

PSA: GIRL ON THE THIRD FLOOR, which made my Top Ten of 2019, is now on Netflix in the U.S. It's a gooey, vengeful, terrifying ghost story with insane practical effects. Highly recommend putting it in your watch list. pic.twitter.com/7yp7dJplBi

The cinematography of the film is meticulous. Every frame and every transition is gorgeous. There’s no sloppy direction or camerawork. It’s polished and skilful.

Stevens has a promising career ahead of him as a filmmaker, for sure. pic.twitter.com/qSEbFjrSdb

“I just saw something behind you.” — Girl on the Third Floor, 2019 pic.twitter.com/cbxTesQ8Uo

The movie Girl on the Third Floor was directed by Travis Stevens. He also wrote the film along with Paul Johnstone and Ben Parker. The movie stars CM Punk, Trieste Kelly Dunn, and Tonya Kay.

Tags: CM PunkGirl on the Third FloorHorrorNetflix
No Result
View All Result
ADVERTISEMENT