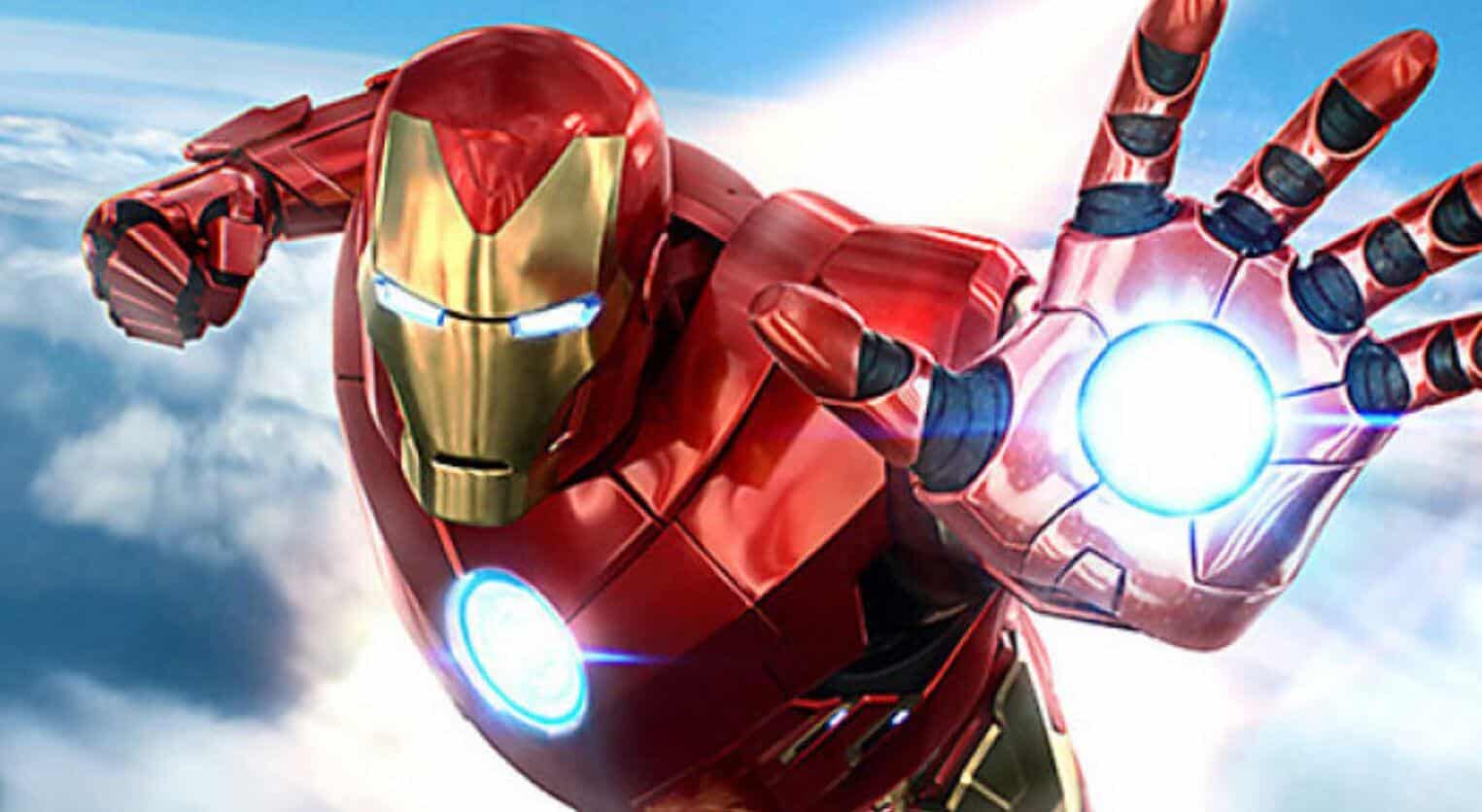 Marvel Comics have strived to give unique and incredible stories featuring some of the most iconic heroes in American literature. They have also tried to keep their characters fresh with wild and sometimes insane revelations and changes to their past. One of the most beloved characters, thanks in part to the massive success of the Marvel Cinematic Universe, is Iron Man. Marvel has put Tony Stark through the ringer multiple times, and even drastically changed his family dynamic when the news broke that Tony was actually adopted by Howard Stark and his wife. Now, that story takes and even crazier and darker turn in the latest pages of Avengers #31.

WARNING! SPOILERS AHEAD FOR AVENGERS #31!

During a bit of a flashback moment, a young Tony Stark find his parents in the midst of some sort of sadistic ritual, seemingly giving their souls to a masked man called ‘the devil’. Traumatized by the experience, Tony did his best to forget all about it. But, as the Avengers travel through time to uncover the mystery of a million year old Iron Man helmet discovered in a cave, the past comes back to haunt him. As his armor starts to fail him, Tony is approached by a talking snake (an obvious nod to the serpent from the Book of Genesis in the The Bible). The snake wants Tony’s soul, but Stark declines, jokingly saying he sold that to a daiquiri in 1998. Then, Iron Man blasts the snake and seemingly kills it.

However, the snake returns, this time in the form of Tony’s adoptive father, Howard. The false Howard lays out that the real Howard Stark sold his soul for the genius he gained, and that Tony’s soul is owned by his real father. Tony had heard enough, and kills the faux Howard with a sharpened icicle. However, the ‘devil’ returns in his true form, Mephisto. It is then that Mephisto makes the claim that he is in fact Tony Stark’s real father. 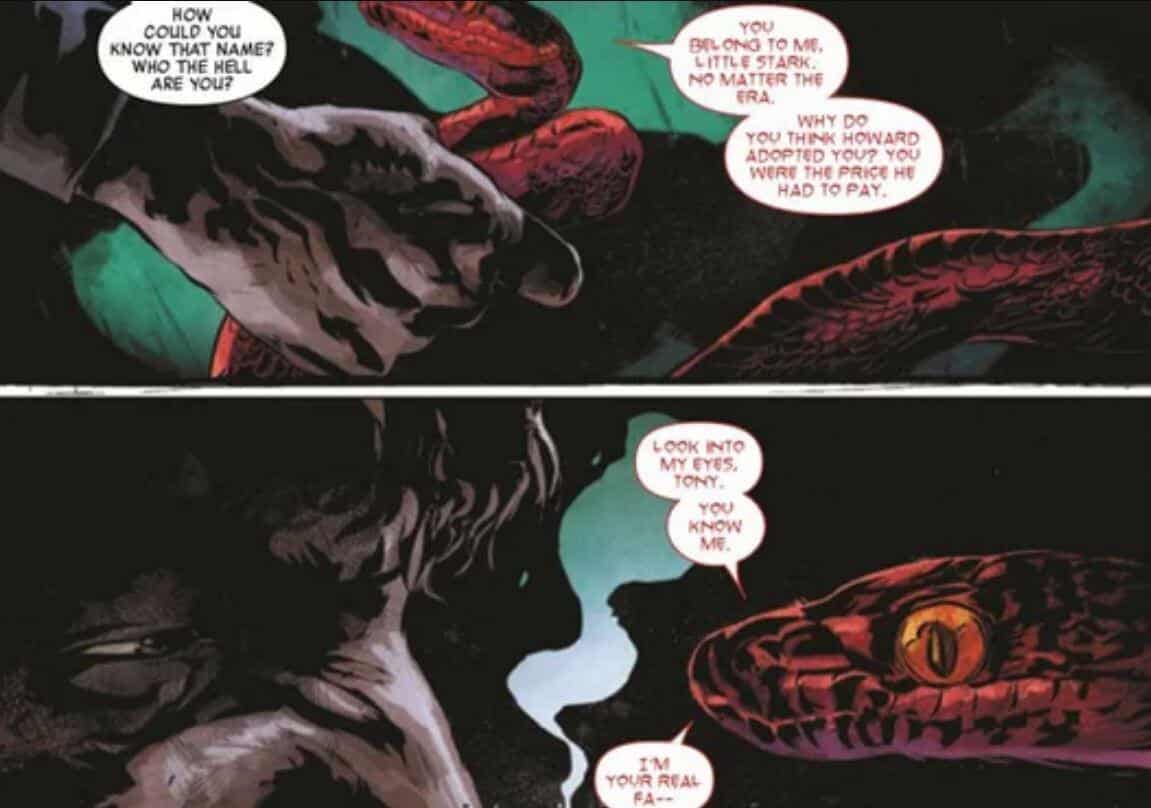 This is a massive change to Tony Stark, that he may very well be the son of the devil. Mephisto is Marvel’s Satan, the ruler of Hell. And, if this is true, it would mean that Tony is a demon spawn, and the ramifications of this could be enormously traumatic. We’ll just have to wait and see what comes of this unbelievable revelation.

What do you think of Tony’s real dad? Let us know in the comments below!