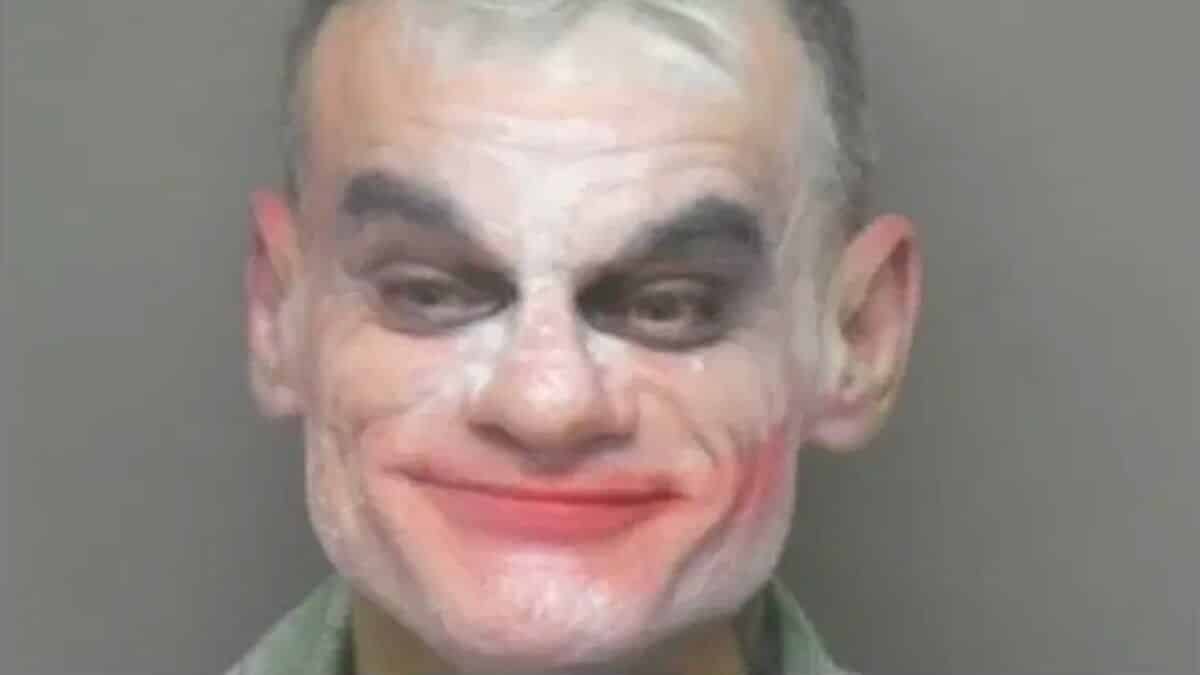 It’s not an entirely new thing that real life criminals have been imitating the iconic Batman villain The Joker. In fact, many were fearing that the new Joker movie from director Todd Phillips and actor Joaquin Phoenix in the title role would inspire crimes in the image of its disturbed central protagonist. While the actual release of the movie seemed to be crime free, there are still unfortunately those individuals still influenced by the ideals of The Joker – one such individual being the recently arrested Jeremy Garnier – dubbed by some as the Missouri Joker.

The 48 year old man recently live-streamed himself in a rather disturbing spout of behavior. As depicted in his live-streamed footage, Jeremy Garnier went on about his intentions to both bomb and kill innocent people in the state of Missouri. What’s more, he performed this livestream while wearing traditional Joker makeup at the Blueberry Hill bar/restaurant. Obviously someone quickly responded by calling the police and Garnier was soon arrested.

The footage included threats like the following, as taken from The St. Louis Post-Dispatch:

He made several other bizarre statements throughout the video that made clear the police were needed.

“Yeah, I can’t be inebriated when I’m planning on, you know, killing a bunch of people,” he said after ordering a Sprite instead of alcohol. “It’s not something you can do. I’m live on Facebook right now. I’ve got like nearly 2,000 people watching me.”

Although the Missouri Joker didn’t actually have any bombs on his person at the time of his arrest, he did make the following claim before police got him:

“I don’t have no weapons on me. I’m not going to do nothing. You’ve got me messed up. Except all these bombs.”

It appears that this wasn’t the first case of criminal history for Jeremy Garnier, however. The Missouri Joker had previously been charged with burglary and several other incidents dating all the way back to the year 2000.