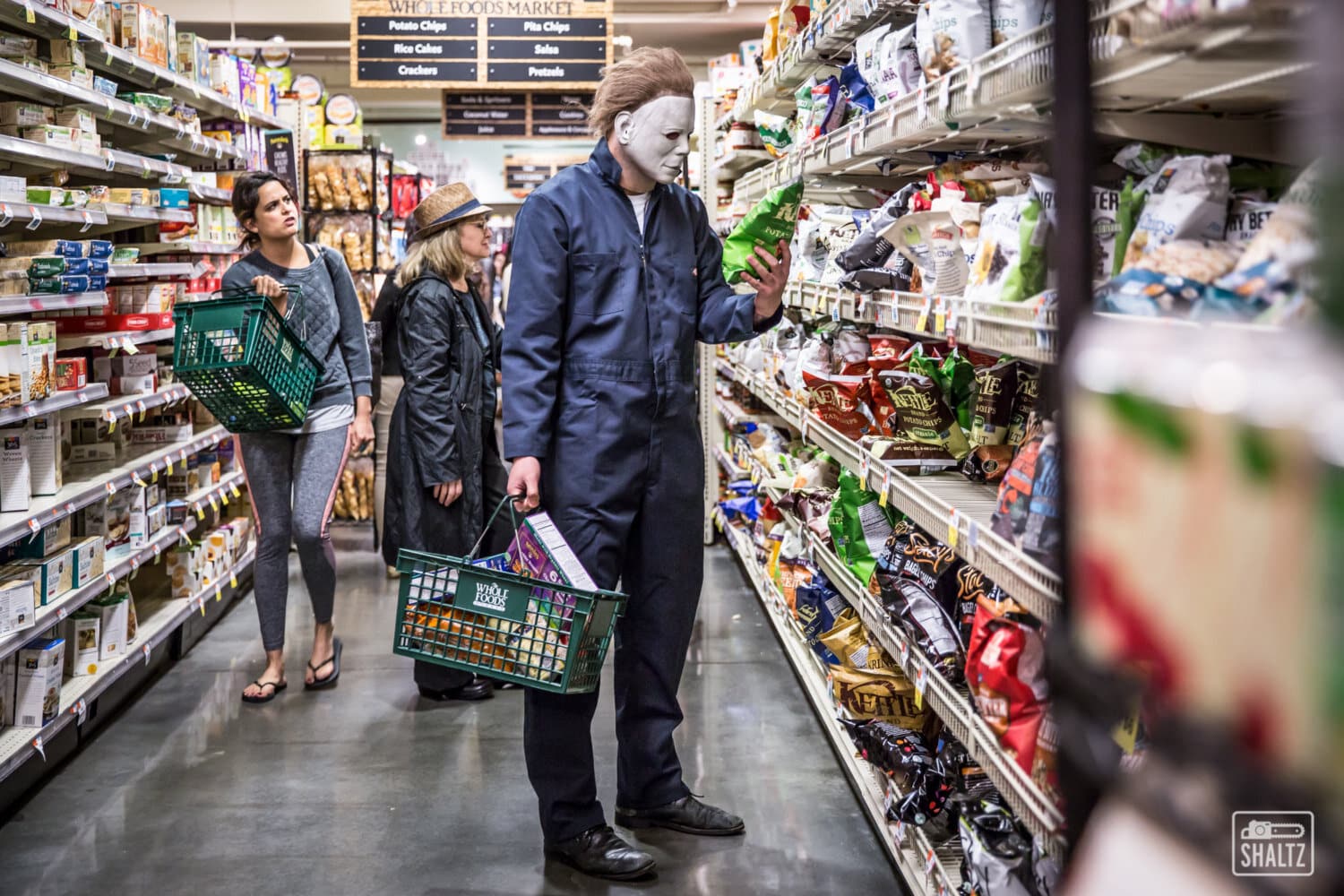 The horror genre finds plenty of its popularity through the slasher subgenre, and that’s mostly due to the iconic slasher villains that have become pop culture mainstays. And as many pop culture icons tend to do, they’ve inspired one particular artist to come up with a rather unique and interesting project – this one comes in the form of a great photo shoot series called Everyday Horrors. What makes it so great, you ask? It places our favorite horror icons in normal everyday settings performing errands or simply walking about in normal everyday society.

It’s a funny series of photos and all of which were shot by photographer Jason Shaltz. He calls the photo shoots his “Everyday Horrors” series, and used a variety of models to perform roles as horror icons across New York City. It’s a beautiful photo shoot and one that makes you see how easily these icons fit in despite looking like they belong on a sleazy big theater screen in the 1980’s.

As explained by photographer Jason Shaltz who described how the Everyday Horrors project started:

“Although their extra-curricular activities are generally frowned upon by society, they’ve managed to win the hearts of millions of fans globally. Ironically, it seems like they can truly do no harm to their reputation, navigating the press and media unscathed and forever glorified. But what goes on during non-business hours for these folks? When they aren’t hanging co-eds on meat hooks or making human kebobs from teenage camp counselors, where are they? What are they doing?”

It really is an interesting concept and although it doesn’t really fit in with the canon of the actual films, it makes for a funny contrast in which fans of these horror icons can see these memorable characters take on everyday scenarios.

If you’re interested in getting some of these photos for yourself, you can purchase your very own prints from the series via the Rotten Cake Etsy shop.