In the comics, many heroes have stepped in for Tony Stark and donned the Iron Man suit. However, those times have been temporary. But, as Marvel Comics has killed off Stark (and his clone), someone will need to step into the armor on a more permanent basis. While there is War Machine and Ironheart, the world needs an Iron Man. So, who is going to step up? Well, it might be someone we least expect.

Thanks to the cover art (via ScreenRant) for the upcoming Daredevil #22, we might just know who is taking Tony’s place. The cover showcases and Iron Man helmet, but in Daredevil’s classic crimson red, and with devil horns. That’s right, it looks like the Man Without Fear might just be donning the suit to become the Iron Man Without Fear! 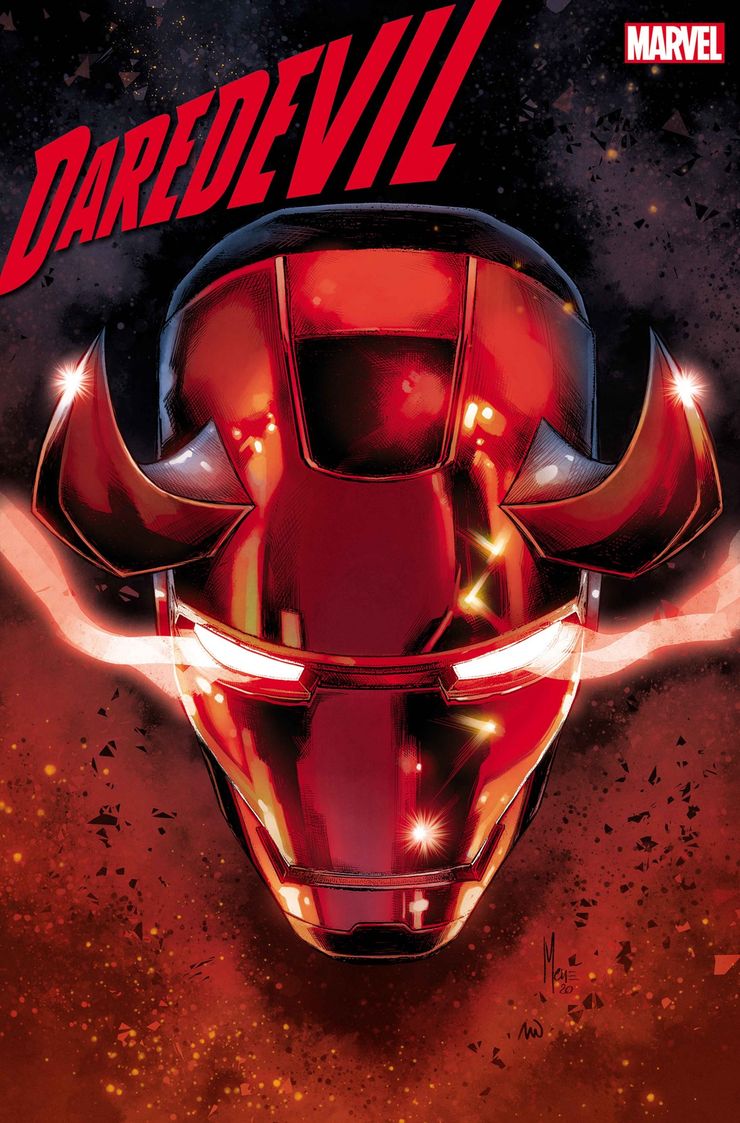 While no real details are given yet on the issue, the cover says a lot. But why is a typically street level hero from Hell’s Kitchen, who relays on his supersenses and incredible fighting skills to save the day, now taking on the massive and universal level responsibility of Iron Man? And, how does being blind impact his use of the armor? Does the Stark Tech enhance his abilities, or give him a new form of sight?

Daredevil himself has not had an easy go of it lately, having a bit of an identity crisis and all. He has ditched his iconic red suit for his classic black garb. But, his need for the armor may be warranted, as Hell’s Kitchen has recently been stormed by supervillains. And, while the city of New York has recently shown a love for DD with a tragic tribute, Matt Murdock is ready to save his neighborhood by any means necessary. So, is he donning the armor? Is it permanent? We won’t know until we go pick up issue 22 of Daredevil at the local comic book shop in June 2020.

Do you want to see Daredevil as Iron Man? Let us know in the comments below!