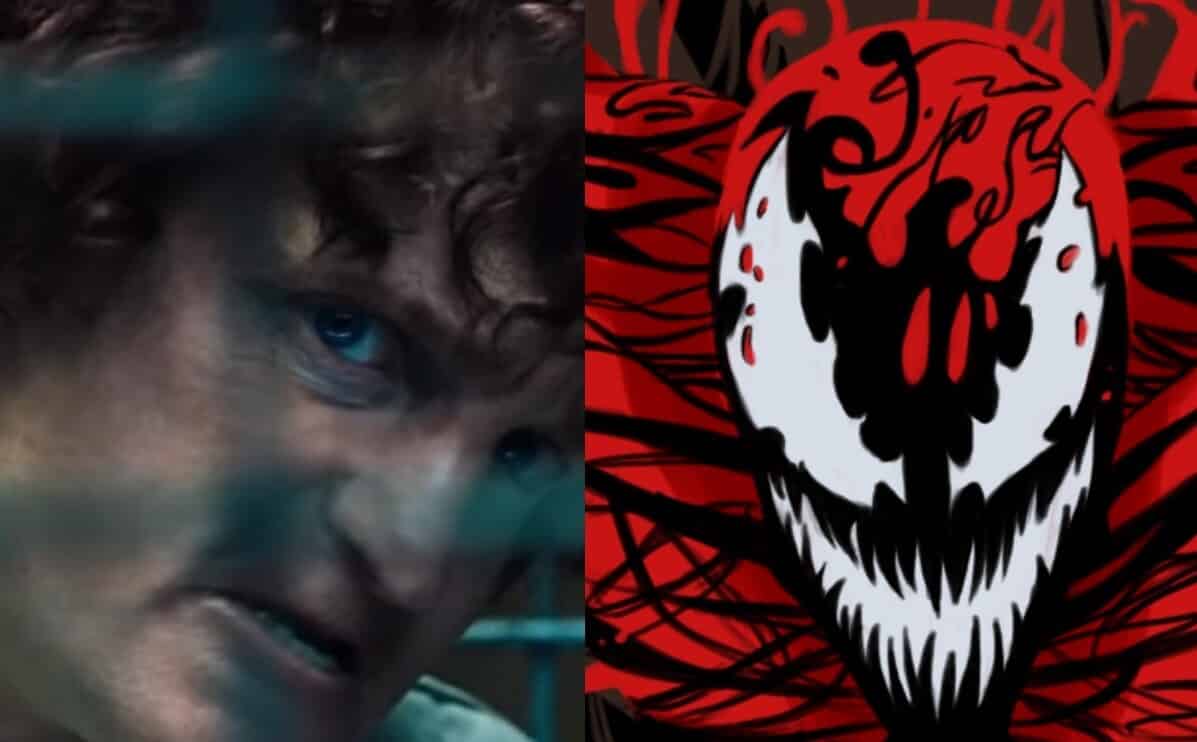 Venom 2 is set for release later this year – assuming that Coronavirus doesn’t delay any more movie release dates – and many Marvel fans are looking forward to the sequel because it’s the first time we will get to see Carnage on the big screen. While there have been some set leaks that have revealed Woody Harrelson’s Cletus Kasady, we haven’t actually gotten a look at what his version of Carnage will look like. If a new leak is legitimate, we may now have our first glimpse at the character.

Now, as with every rumor, take this with a grain of salt, but there are pictures currently circling around the internet on Twitter and Reddit from a recent YouTube video that has apparent screenshots of Carnage from the movie.

This same Twitter user later pointed out that they may be photoshopped, and posted a recently leaked set photo that was featured in the video.

I think all these pictures are Photoshopped. 👇👇👇 pic.twitter.com/fSlxYT8BsU

And many users are calling the photos fake in that same Twitter feed.

If the photos do turn out to be real, it’s an interesting look for the character, and one that is in line with the Venom character design in the last movie. As we said, though, be sure to take these with a grain of salt, as they could end up being fake – but won’t know until they give us an official first look at the character, or we get a trailer.  Here’s hoping we can get something official rather soon, as many fans are currently pretty bored due to the Coronavirus social distancing – and it would give fans something different to talk about.

Venom 2 is still scheduled for release on October 2nd, 2020.