There have been a slew of rumors that have come out about one of the most exciting films set for the Marvel Cinematic Universe’s Phase 4, Thor: Love & Thunder. Rumors like Christian Bale’s character being the villain of the film, the appearance of Beta Ray Bill and Kid Loki, and that the Guardians of the Galaxy will have a part in the film as well. Well, there is another rumored character to play a part in the movie, and its definitely not one many people expected. It looks like Angela is joining the MCU!

For those unfamiliar with the character, Angela actually started out in Image Comics as a supporting character in the Spawn series. Created by acclaimed author, Neil Gaiman and artist Todd McFarlane, a legal dispute put the character’s control into Gaiman’s hands, which he then sold to Marvel. The angelic bounty hunter meant to kill Spawn, she arrived in the Marvel Universe where it turned out that she was Thor’s long lost sister. 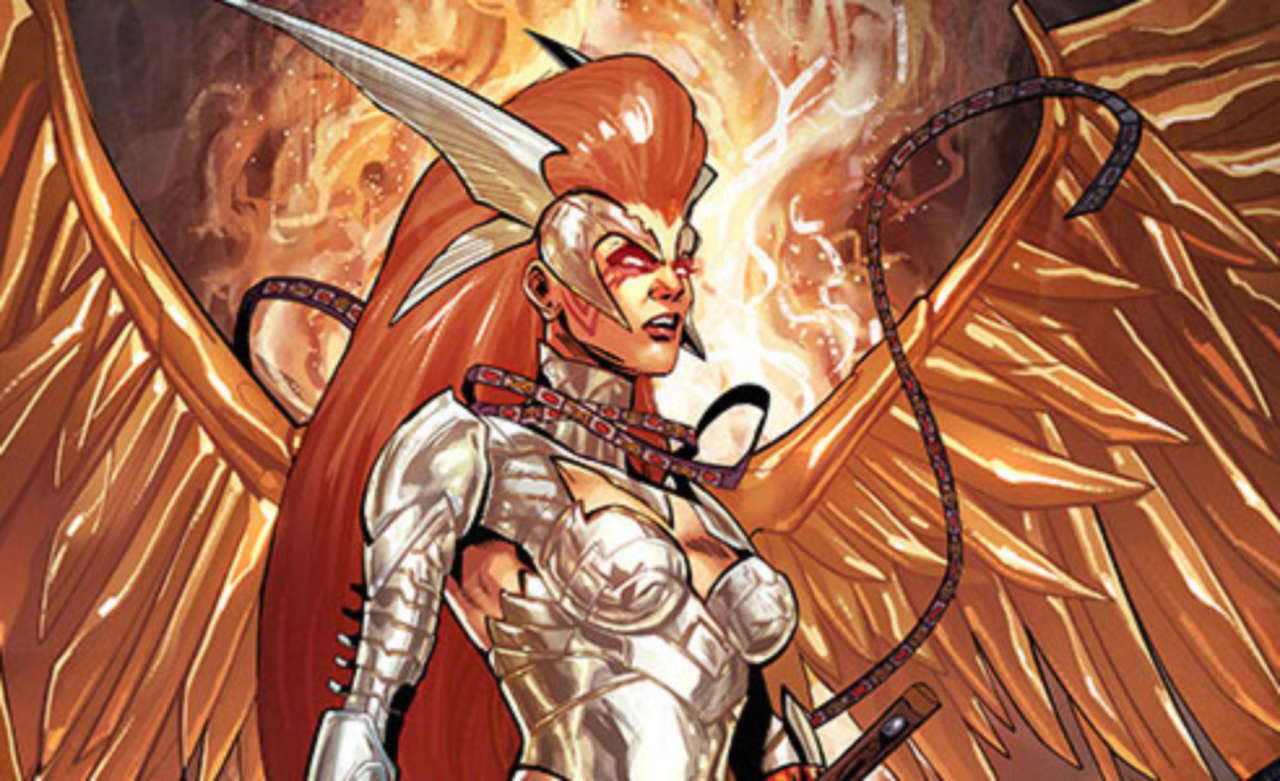 Now, if the rumors from 4Chan are to be believed, it looks like Jodie Cormer, of Killing Eve fame, is set to play the long lost Asgardian. And she may be the love interest for Valkyrie as she seeks her queen to rule New Asgard at her side. Angela is a no nonsense character, a woman of few words, but many actions. Cormer’s role as Villanelle shares many similarities to the character, so she seems the right fit for the heroine.

It’s unclear whether they’ll introduce the character as a relative of Thor, especially after doing that in the last film with Hela. But, she can still be introduced as an Asgardian. One who has been off world due to her bounty hunting responsibilities. It is unclear as to how they will play out her origin, or if she’ll even be Asgardian. And, if this rumor is true, than the others are most likely as well, meaning there are many new characters to try and unfold in this film. So, fingers crossed, but not getting our hopes up.

As far as being Valkyrie’s love interest, Taika Waititi has said he supports the idea of the character being “explicitly queer” – so we’ll just have to wait and see what happens.

Do you want to see Angela in the MCU? Let us know in the comments below!

Tags: AngelaMarvelMCUThorThor: Love and ThunderValkyrie
No Result
View All Result