Disney+ has already become a smash hit for the megacorporation, with the success of original programs like The Mandalorian and Togo gaining a lot of traction with audiences. Perhaps the streaming services’ largest allure is its massive library of Disney films. Whether you love the MCU, Star Wars, or the iconic Disney animated films, there is something for every film fan to be excited about. According to a new Disney+ survey that has been sent to users, the company could be adding even more content from their library.

In this survey posted by Reddit user disney o4, the questionnaire asked about the inclusion of some more adult content. The list included some popular programs from the Fox and ABC networks, including Buffy the Vampire Slayer, Modern Family, Firefly, How I Met Your Mother, Black-ish, and Malcolm in the Middle. These shows would be huge additions to the Disney+ library, with little of 20th Century Fox’s massive library being utilized. 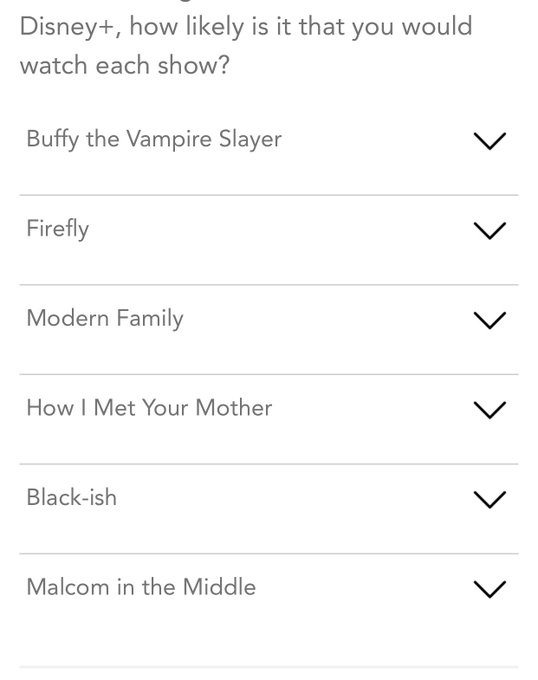 It’s amazing to think about Disney+’s massive success right out the gate because they still have so much potential to add to their library. I get why a family-friendly service like this would be hesitant to embrace mature content, but I think Disney could experiment with separating kid and adult content on different venues. Netflix has had great success with this idea, allowing parents a clear avenue to control the content their kids see.

Would you like for more adult-oriented content to be added to Disney+? Let us know in the comments!

Tags: 20th Century FoxAliensDisneyDisney Plus
No Result
View All Result