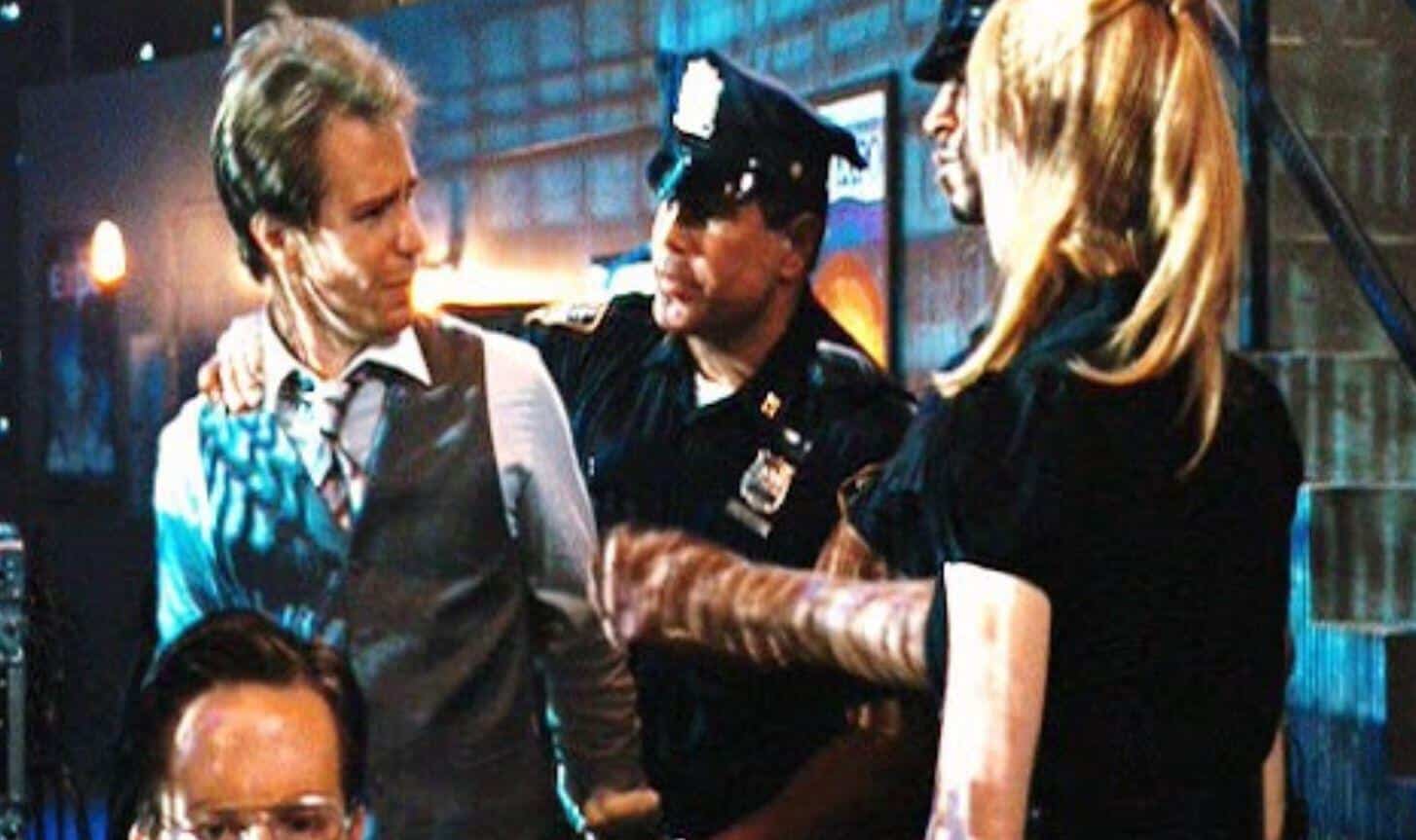 There has been no shortage of bizarre news since the Coronavirus pandemic began to spread across the globe, and now a new report has been made to add to the list. It appears that Iron Man 2 actor Keith Middlebrook was recently arrested for having allegedly attempted to sell a fake cure for the Coronavirus.

Actor Keith Middlebrook played the character “Expo Cop” for his appearance (as seen in the picture above) in the Marvel Cinematic Universe film Iron Man 2. As the report goes, via ComicBook, Middlebrook was charged with fraud after he’d been caught allegedly attempting to gather investors for a company named Quantum Prevention CV Inc., and it would have, as he put it, apparently sold vaccine pills for the Coronavirus as well as a shot that could cure it. He was caught after an FBI agent went undercover as a “potential investor.”

“During these difficult days, scams like this are using blatant lies to prey upon our fears and weaknesses. While this may be the first federal criminal case in the nation stemming from the pandemic, it certainly will not be the last. I again am urging everyone to be extremely wary of outlandish medical claims and false promises of immense profits. And to those who perpetrate these schemes, know that federal authorities are out in force to protect all Americans, and we will move aggressively against anyone seeking to cheat the public during this critical time.”

Here’s hoping scams like this will come to a stop.