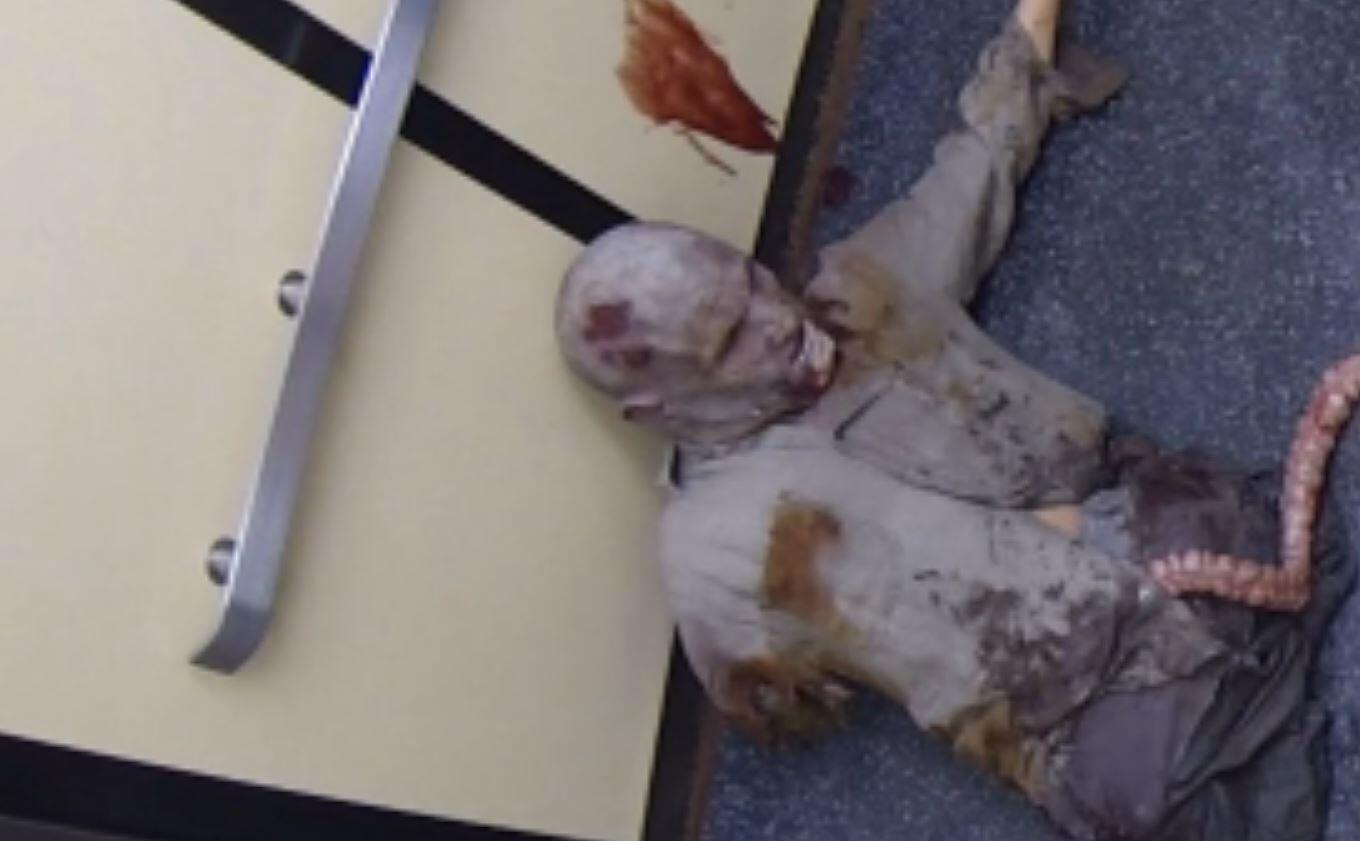 It’s rarely ever a bad time to sit down and relax with some hilarious prank videos, and for horror fans there is almost always an abundance of clever pranks to choose from. Obviously one of the best ways to pull a prank on someone is to scare them, so us horror fans usually have plenty of opportunities to do just that. One YouTube user, SA Wardega, has proven this time and time again with his amazing variety of prank videos. Down below you can see one prank that humorously makes people think they’ve stumbled across the beginnings of a zombie apocalypse.

The video from SA Wardega takes the time to display several different instances in which innocent bystanders, completely unsuspecting of what they’re about to walk into, wind up coming across a brutally creative cluster of zombies. The zombie apocalypse prank surely comes with its own seemingly endless combinations for scaring those people that don’t expect to come across any cannibalistic undead corpses.

Perhaps the best clip in the video happens towards the end, when it’s made up to look like a man was split in half inside of an elevator. The man is cut in two halves and you can clearly see some fake guts spread between the body parts.

It’s a gruesomely realistic sight and even more horrifying when the upper half of the person begins to move and chase after the unsuspecting man attempting to use the elevator. The zombie then manages to chase the man quite far before the video comes to an end.

Hopefully you horror fans out there enjoyed this video and its mischievous zombie action. After all, who doesn’t like seeing the onslaught of a zombie apocalypse and the reactions of those who don’t expect to be chased by walking corpses late at night? It’s the perfect prank.

Continue Reading
You may also like...
Related Topics:Horror, zombie, zombies

Keanu Reeves Is The MCU’s New Ghost Rider In Blazing Fan Art
‘Thor: The Dark World’ Has An X-Men Easter Egg That We All Missed
Advertisement
To Top