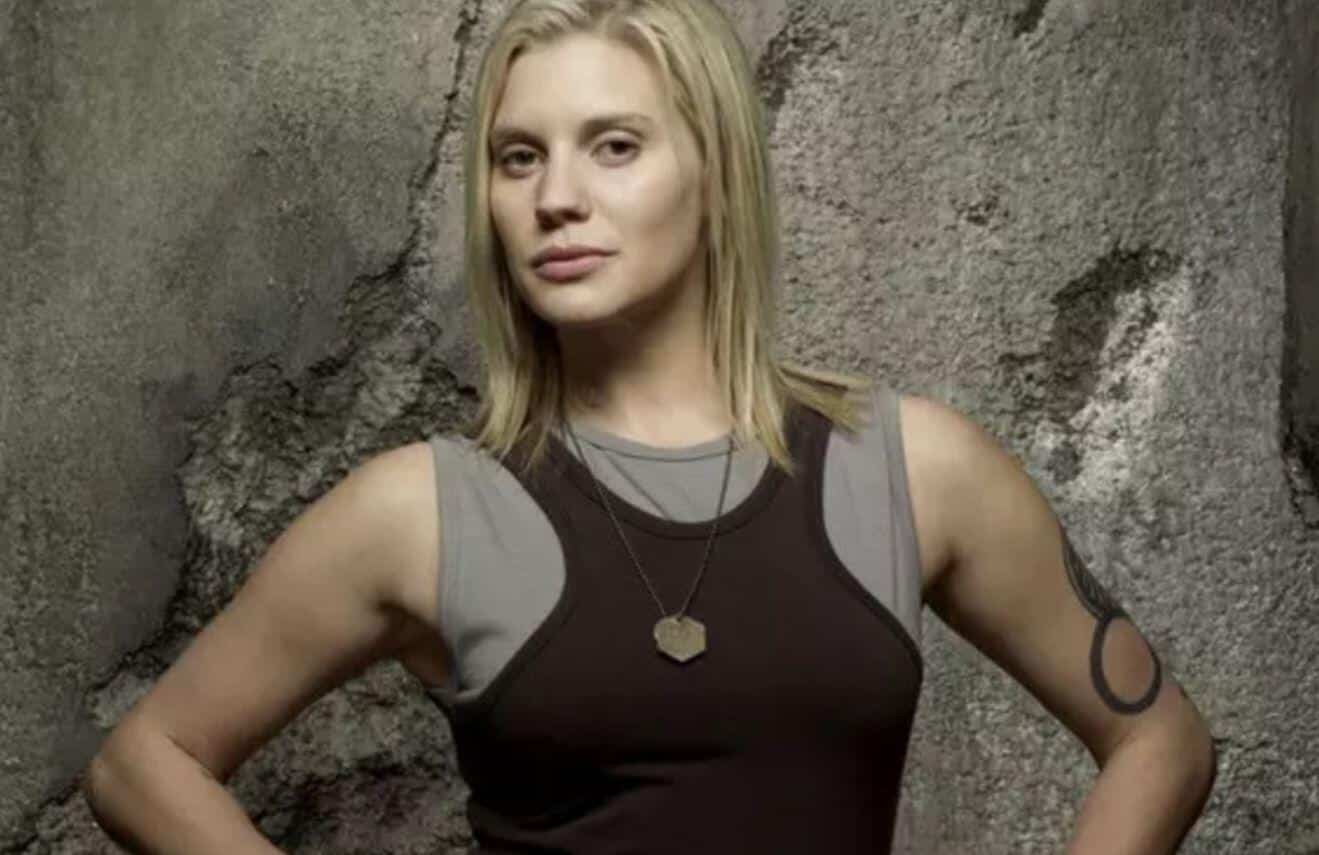 Actress Katee Sackhoff is the latest to join in on one of the internet’s latest trends. Katee Sackhoff was nominated to partake in what is being called the “Shirtless Handstand” challenge. The challenge is about as simple as what you would take from the name, and many Hollywood celebrities have been taking the time to participate in it. It was first popularized mostly by actor Tom Holland, best known for his appearances as Peter Parker aka Spider-Man across the Marvel Cinematic Universe. But as you can see below, actress Katee Sackhoff gives the challenge her all and makes it look rather easy.

After completing her successful attempt at the “Shirtless Handstand” challenge, from which she was nominated by Laura Vandervoort, Katee Sackhoff nominated several other celebrities to take their own attempts at the popular internet challenge. The celebrities she nominated are Sasha Banks, Elizabeth Faith Ludlow, and Tricia Helfer.

It’s really exciting seeing the challenge spread across the internet, especially during a time where so many people are stuck inside without much else to do. And because celebrities are dealing with the same cabin feverish situations as we all are, it’s nice getting to see them open up to some fun new challenges.

Especially when you consider the variety of famous celebrities that are being nominated and the others that are continuing to perform the challenge, which includes Tom Holland’s own nominations he made for actors Jake Gyllenhaal and Ryan Reynolds.

Hopefully we’ll continue to see how far this fun and quirky “Shirtless Handstand” challenge will spread, and in the meantime fans can see actress Katee Sackhoff on Netflix’s series Another Life, as well as The Flash where she plays villain Amunet Black. In the meantime though, it’s incredibly clear that she’s just as skilled with handstand challenges as she is with acting.