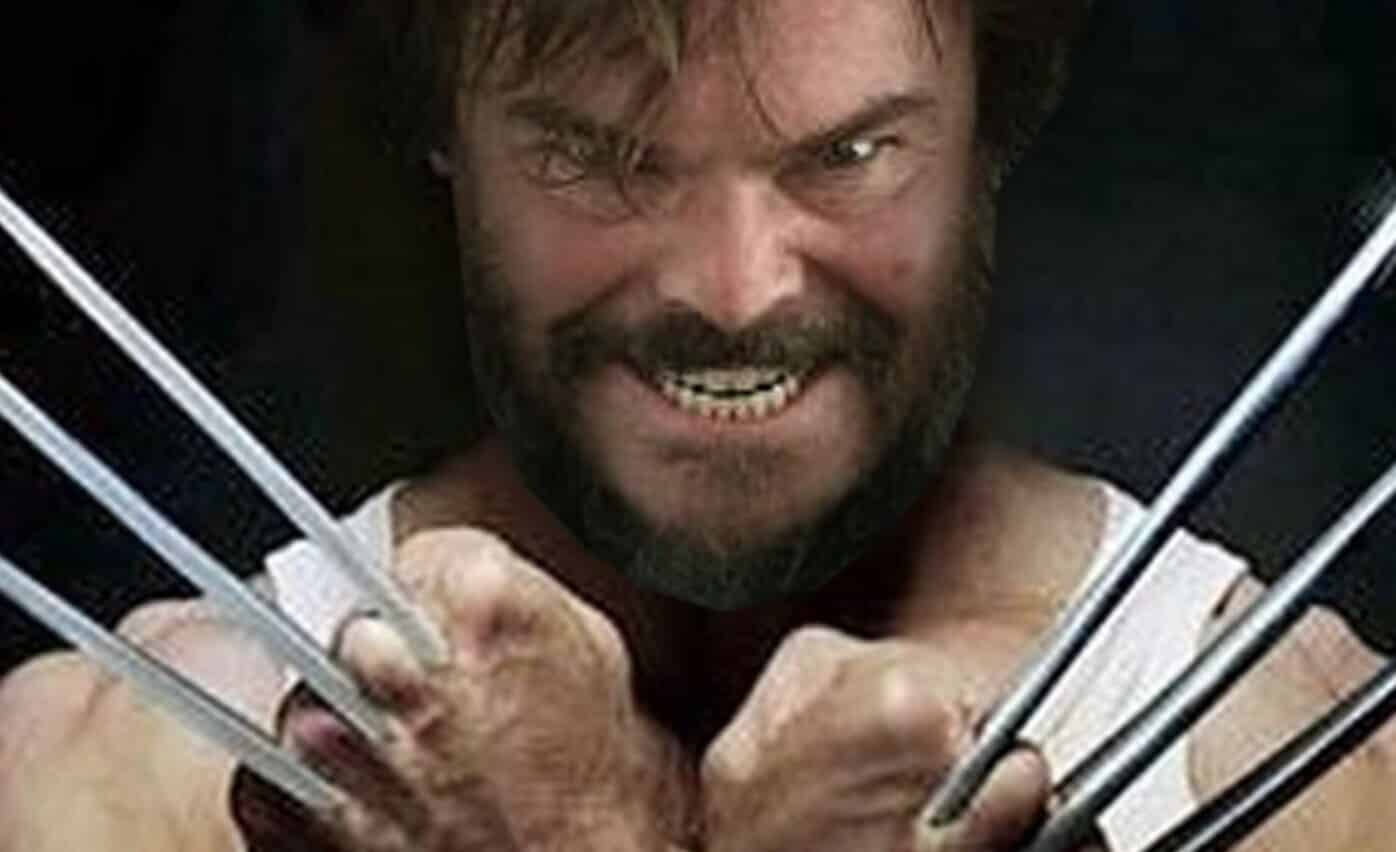 Few actors are as universally beloved as Jack Black, a man who has personified himself as a goofy oddball throughout his lengthy career. Whether its his work in the musical duo Tenacious D or star roles in hit projects like School of Rock and Jumanji: Welcome to the Jungle, Black has become a fixture in popular culture throughout the millennium. With the actor typically synonymous with his comedic efforts (The D Train and Margot at the Wedding are great examples of him stretching his range), many would find it a shock for the actor to embody Wolverine in a future project. Well, that’s just what a few fans happened to create.

After Twitter user Steven Blomkamp wondered aloud how Jack Black would look as Wolverine, user JimmerUk created a shockingly believable piece of fan art that displays the star as everyone’s favorite Candian clawed bad-ass. Check out the image and see for yourself:

I’m gonna get blasted into the stratosphere for this but this pic makes me wanna see Jack Black get the marvel makeover treatment for Wolverine.

You know what… it could just bloody work. pic.twitter.com/NpbKUur9ky

While many likely find this idea to be preposterous, I don’t think Jack Black gets the credit he deserves as an actor. Under his dynamic comedic persona, Black has offered some surprisingly grounded performances that have a great deal of nuance under the surface. Black would likely never become Wolverine because of his age, but it would be interesting to see how the actor would capture the subdued despair that the character embodies.

As far as who the new Wolverine could be, it seems like Marvel fans will likely have to wait a while before finding out who takes Hugh Jackman’s place. My personal pick would be Shia LaBeouf, who represents the character’s grizzly image well while also expressing a great deal of intensity in his performances. Either way, it will be hard for any actor to replace the iconic work that Jackman offered for 15+ years as the character.

What do you think of Jack Black playing Wolverine? Let us know in the comments!