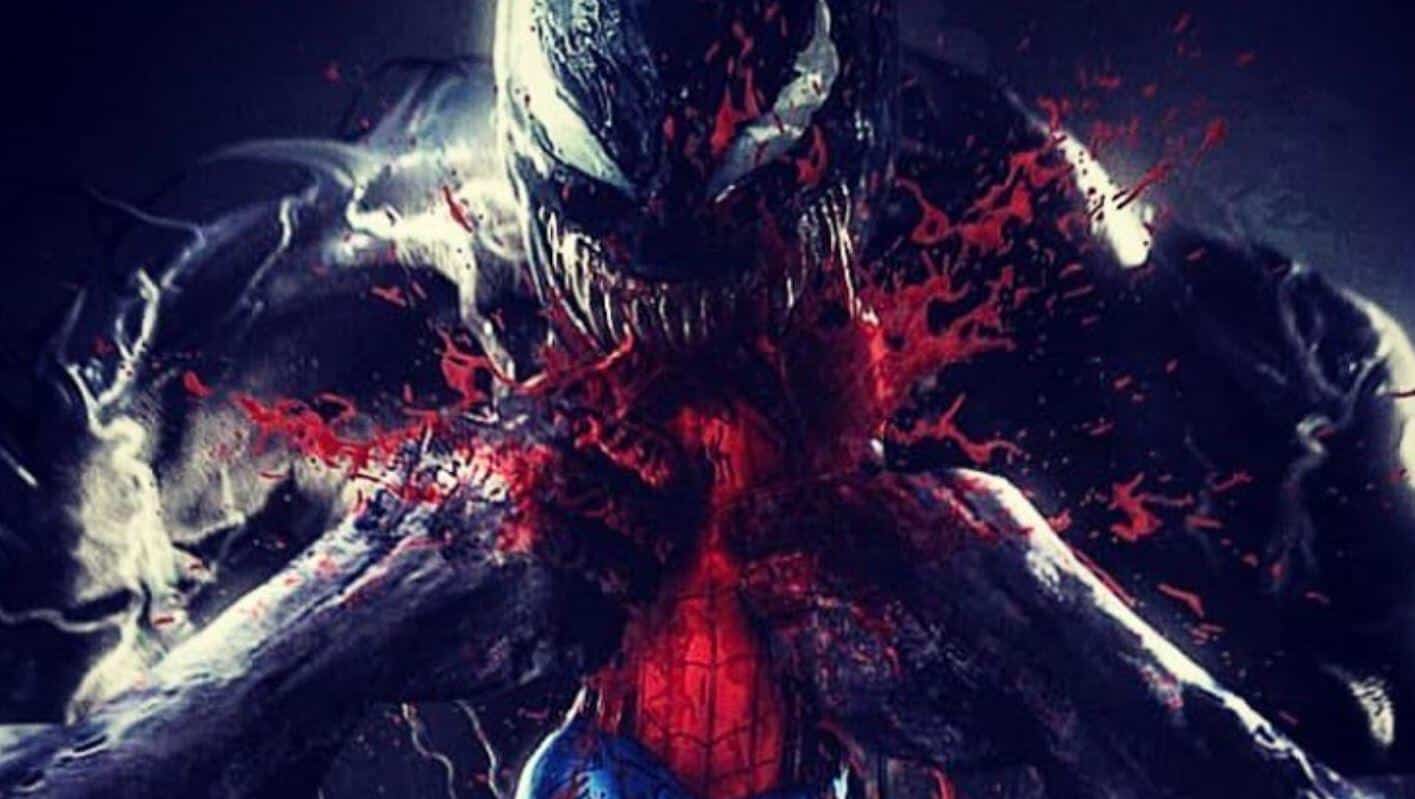 Sony has been steadily developing its own cinematic universe to compete with Marvel, setting 2020 as a marquee year for the flagship franchises. That was until the deadly Coronavirus impacted the film industry worldwide, with both Morbius and Venom: Let There Be Carnage being delayed to 2021 (Morbius is set for a March release while Venom is set for June). While this is a bummer, it will make 2021 an even bigger year for Sony, as those two films will open alongside the release of Spider-Man 3 in November. Fans are dying to see when Spider-Man will meet foes like Venom on the big screen, which could be relatively soon according to a now-deleted Tom Hardy Instagram post.

In this post that was recovered by a Twitter user, Venom star Tom Hardy posted a concept art that teases Venom killing Spider-Man. Check out this surprisingly gruesome image:

One of the attributes I love about Tom Hardy’s involvement as Venom is his continual interaction with the Spider-Man universe. Hardy continues to post interest concept arts that show is love for the Venom character, with his passion for the character being a huge part of the original film’s success with audiences (even though critics seemed to despise it). He is one of those actors who fully dedicates himself to any project he’s in, with his energy always benefiting the roles he takes on.

Personally, I can’t wait to see Sony’s Spider-Man universe in action, as they are off to a strong start in developing something special. Morbius and Venom: Let There Be Carnage will be a big test for Sony, as the former will look to establish a new villain on the big screen while the latter will look to improve on the complaints made about the original Venom.

Are you a fan of Tom Hardy’s Venom? Let us know in the comments!