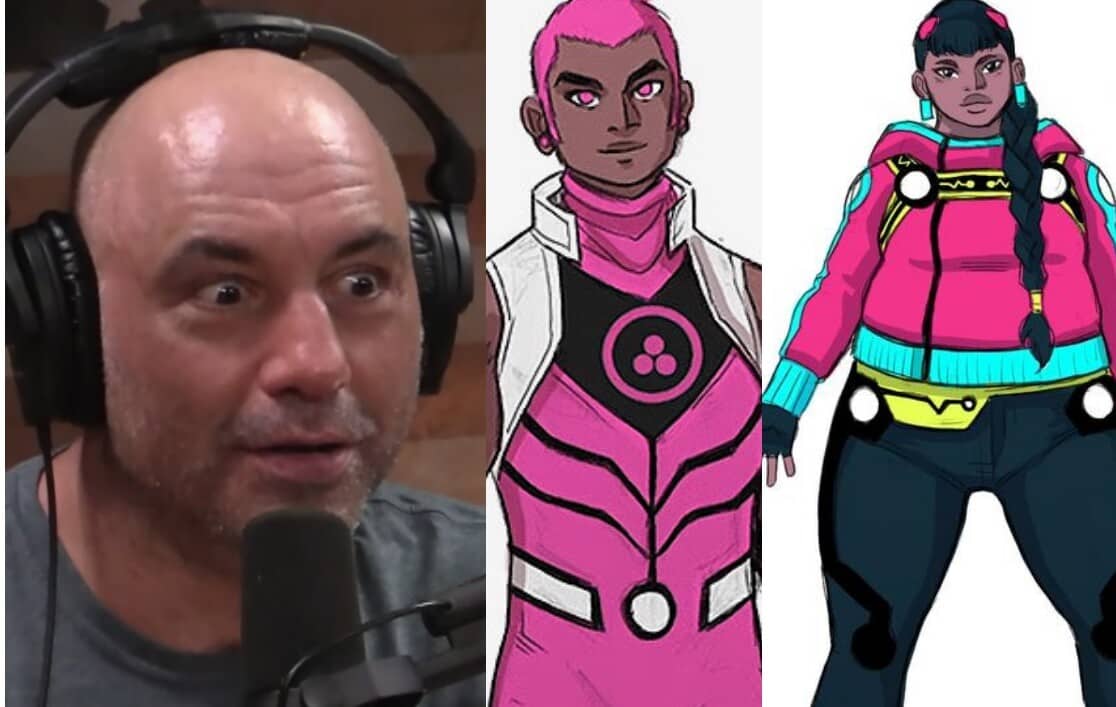 Society in 2020 is vastly different, far moreso than ever before. In the midst of this global pandemic, we live almost exclusively online now, with social media becoming the lifeblood of the people. Political correctness is at an all time high, and cancel culture is not only a thing, but something that is making the whole world basically walk on eggshells. Gone are the days of off-the-cuff humor and jokes at the expense of others. People look for inclusion in every form, which is a really great thing, but it does sometimes go too far, and many companies find themselves going overboard to placate everyone. Case in point, the now delayed New Warriors comic from Marvel. The new characters are like a laundry list of every ‘woke’ stance one can take, maxed out to the umpteenth degree. And, while equality is something that we shouldn’t even have to fight for, but rather a basic human right, sometimes these ‘efforts’ by corporate America can seemingly backfire.

Joe Rogan on his podcast, The Joe Rogan Experience, along with guest, comedian Kurt Metzger, took Marvel to task with these new characters. Now, some of what they said is a bit narrow minded and borderline misogynistic, but they also say all of things that a majority of people are thinking as they look at these characters. I mean, you literally have two characters named ‘Snowflake’ and ‘Safespace’! Either Marvel is blindly trying to play to the outspoken ‘woke’ in a rash and unthinking way, or they’re trolling said group with characters that are more likely to make these movements a laughing stock than they are to give a heroic face to a cause.

Rogan also goes after the hero, Trailblazer, for her size. While I don’t agree with his sentiment that ‘you can’t be fat and be a superhero’, the body positivity movement has taken a turn toward extremity, celebrating an unhealthy lifestyle and obesity, which can be fatal, instead of just promoting a positive outlook at one’s self and doing what makes you feel your best. You don’t need to be a gym rat with six pack abs, but you do need to be healthy and not so overweight that you contract diabetes, heart disease, breathing issues, etc.

All in all, with the pandemic delaying the release of new comics, we’ll have to wait to see how Marvel plays out these characters, and whether this is a weak band-aid or a massive trolling ploy. Maybe one day, society will find that perfect balance of equality without placation. Until then, we all tread that fine line of cancel culture.

What do you think of Marvel’s newest heroes? Let us know in the comments below!