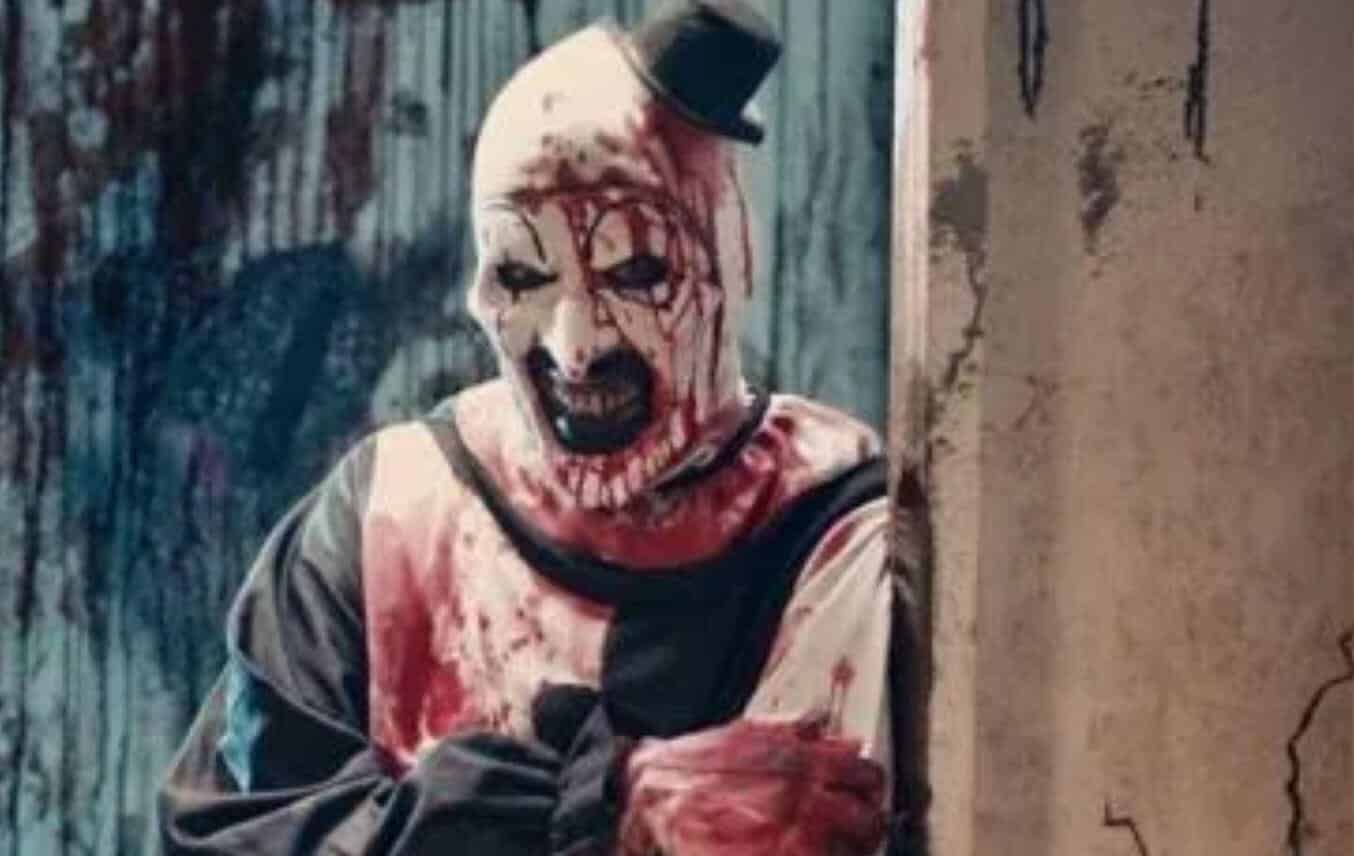 It’s no surprise that horror fans are still eager to see more of Terrifier’s full-blown horror icon, Art the Clown. After all, that first film did particularly well with the horror crowd – and as such, a sequel was quickly greenlit and thrown into production. While work on the film was temporarily halted due to the Coronavirus pandemic, plenty of the movie still managed to get finished. Now the film’s director Damien Leone has shared another official image – this time one featuring David H. Thornton as Art the Clown in Terrifier 2, via the film’s Facebook page.

The image clearly shows that Art the Clown is once again back to his old tricks. As such, for those horror fans still stuck in the quarantine, this might be the perfect pick-me-up. Because let’s be honest, there’s little else better for a horror fan than getting to see their favorite horror icon rise up from the grave for yet another outing of macabre mayhem. It also seems the film’s Facebook page knows just this.

“Here he is in all of his inevitable bloody glory,” they’ve written to go along with the photo. It’s a statement that rings true, as Art the Clown is maniacally standing in a gory scene – himself drenched in blood. And he certainly doesn’t look happy. Or then again… does he? Only time will tell what kind of hellish misdeeds Art the Clown will be up to this round in Terrifier 2.

Hopefully we will even get a teaser trailer for Terrifier 2 soon, because as fun as it is getting to see this official image featuring Art the Clown – real footage would be even better!

As mentioned above, David H. Thornton will be reprising his role from the first film as the murderous Art the Clown. Lauren LaVera (Clinton Road) is playing the film’s female lead. And if that’s not enough, several 1980’s horror icons will all be making appearances as well. Felissa Rose (Sleepaway Camp), Jason Lively (Night of the Creeps) and Tamara Glynn (Halloween 5: The Revenge of Michael Myers).

Terrifier 2 was written and directed by Damien Leone.