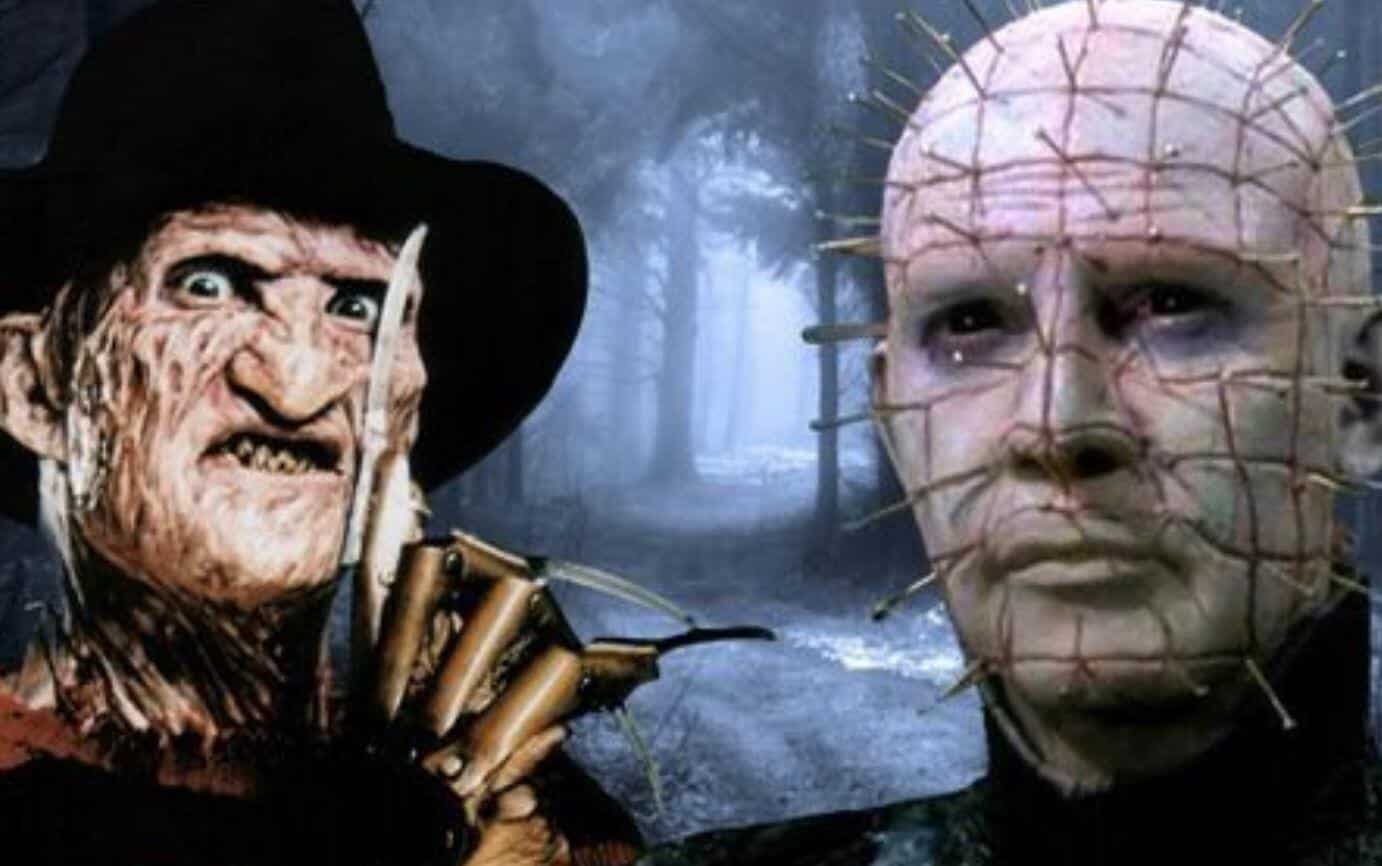 There was a time when the horror genre was loaded with crossover potential. In 2003, with the release of the long-developed Freddy vs Jason, many horror fans were finally able to think anything was possible. Unfortunately, not long after that, the remake phase came around instead. But there was a time in between that many fans were looking forward to the next big crossover film. One such duo that many imagined clashing together would be Freddy Krueger from the Nightmare on Elm Street franchise and Pinhead from the Hellraiser franchise. Now one fan has put together their very own Freddy vs Pinhead fan trailer.

The idea really isn’t that far of a stretch, especially when you consider some of the endings that were discussed for Freddy vs Jason when it was finally released in 2003. One of the most popularly discussed endings would’ve seen Freddy Krueger and Jason Voorhees both stuck in Hell, ready to duel, only to be interrupted by the arrival of Pinhead from Hellraiser.

It’s a concept that has been incredibly well-received by many fans, and while the trailer doesn’t include the Jason Voorhees element, it is nice to get an idea of what it’d look like with Freddy and Pinhead put together. Of course, this fan trailer isn’t exactly anything too special in regards to original footage.

But it is a cleverly edited piece that combines footage from both the pre-existing Nightmare on Elm Street and Hellraiser films. And in that regard, they do make for a nicely retro 1980’s-styled trailer.

For the time being, however, it doesn’t look like we’ll be getting any actual Freddy vs Pinhead crossovers. The Hellraiser franchise is being separately rebooted, with both separate film and television incarnations. Meanwhile the Wes Craven estate has been planning the future for the Nightmare on Elm Street franchise. So although a crossover probably isn’t in the cards, we can best expect Freddy and Pinhead to hit the screen again sooner rather than later.