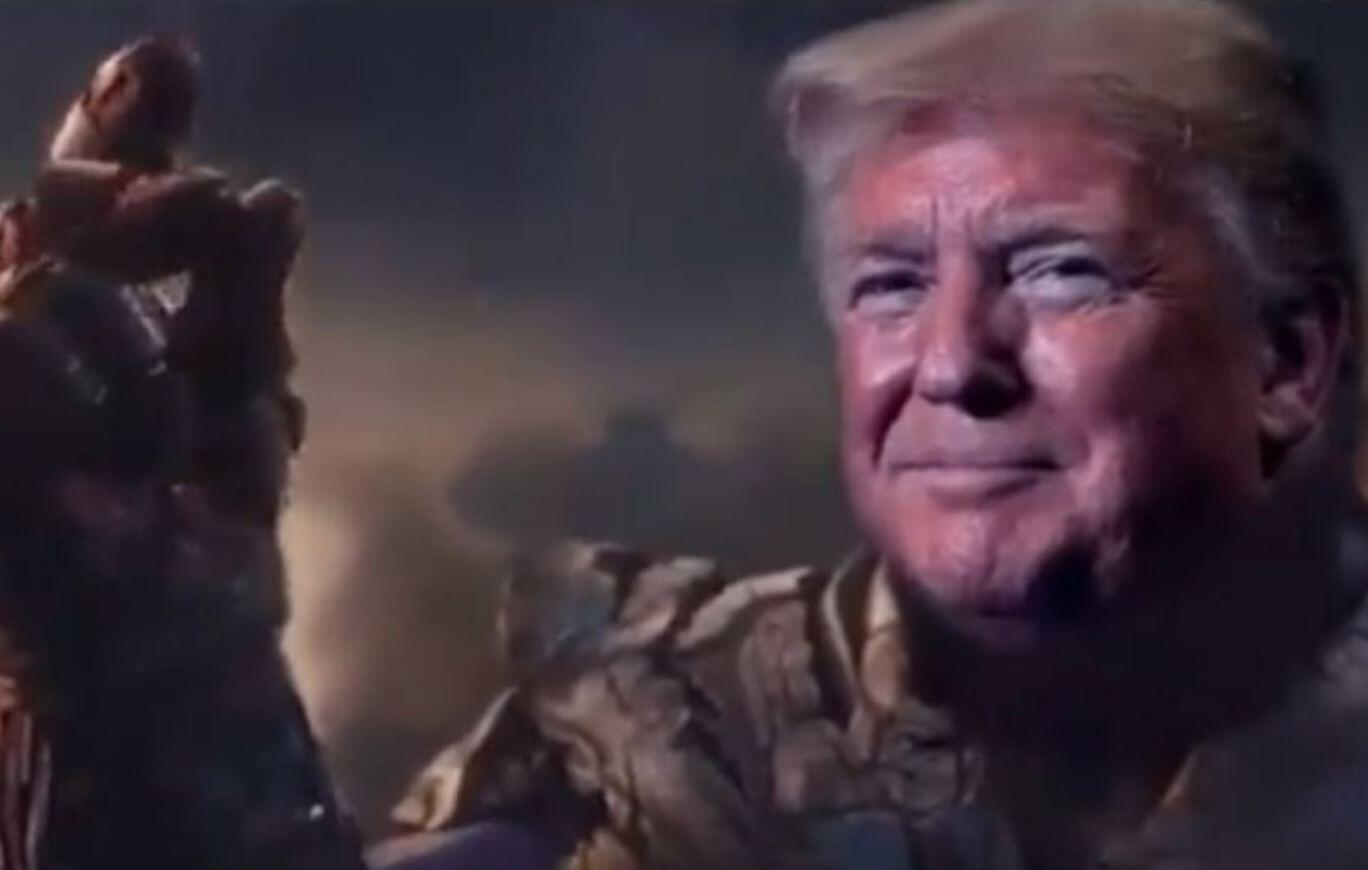 Everyone is probably already well aware by now that United States President Donald Trump and his many followers tend to make use of pop culture memes. They’ve popularly utilized pop culture memes to support their names and agendas, and it seems that the Hollywood studios producing the content that’s being used in these memes aren’t too happy. In fact, a new rumor has it going around that various Hollywood studios are signing a letter intended to legally stop United States President Donald Trump from using their products in his pop culture memes.

Some recent examples of the pop culture memes (that we have below) seem to be upsetting the Hollywood studios. For example, one such meme was shared by Donald Trump’s campaign manager Brad Parscale. He shared a meme using the Death Star from the Star Wars saga as a metaphor for their political campaign.

For nearly three years we have been building a juggernaut campaign (Death Star). It is firing on all cylinders. Data, Digital, TV, Political, Surrogates, Coalitions, etc.

In a few days we start pressing FIRE for the first time. pic.twitter.com/aJgCNfx1m0

If that isn’t already a strange enough comparison, considering they’ve just related their campaign to a horrifying planet-destroying space weapon, Donald Trump also related himself to the Marvel Cinematic Universe’s very own big bad Thanos. In that meme, Donald Trump’s head is actually placed over an image of Thanos from the popular franchise of comic book film adaptations.

House Democrats can push their sham impeachment all they want.

Donald Trump has already had apparent run-ins with Hollywood studios being agitated by his use of their work. For example, one video he’d posted used music from The Dark Knight Rises – and Warner Bros. quickly had Twitter take down his video as a result.

The rumored studios sharing this letter around to be signed reportedly include “Disney, Sony, WB, Universal, Lionsgate, etc.”

Of course, this rumor should be taken with a grain of salt. But it certainly does seem like a plausible one – so we’ll just have to see what happens and how it develops.

Continue Reading
You may also like...
Related Topics:Donald Trump, Hollywood