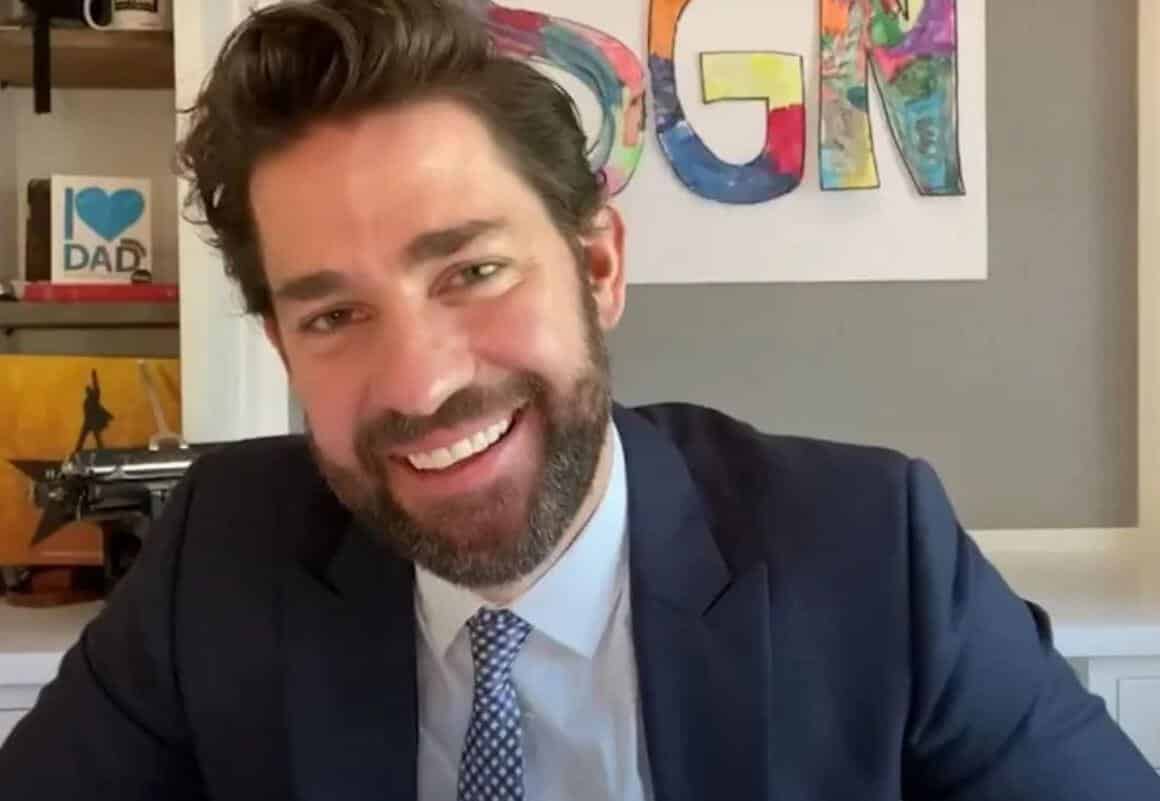 The Coronavirus pandemic has prompted all kinds of creativity from people around the globe. Aside from those of us normal citizens finding new ways to keep ourselves entertained and sane throughout the quarantine, celebrities have been utilizing many other creative outlets during the pandemic. One such celebrity is none other than John Krasinski, who developed a news series titled “Some Good News” for YouTube which was intended to counter the otherwise negative news being reported everywhere else. Now he’s being criticized for having sold the show, which some are saying was the result of “selling out.”

The Some Good News series only lasted for 14 episodes before John Krasinski sold the show. He started the series on March 30, in which he stated the following in the first episode:

“For years now, I’ve been wondering, ‘Why is there not a news show dedicated entirely to good news?’ Well, desperately seeking my fix somewhere else, I reached out to all of you this week, asking — nay, begging — for some good news,” he began. “And, boy, did you deliver.”

Apparently, however, John Krasinski instead chose to sell the series rather than continue it himself. It reached some pretty impressive numbers during those first 14 episodes – having earned almost a million followers on Instagram and 2.57 million subscribers on YouTube as of this writing. As such, it resulted in a pretty massive bidding war and ViacomCBS ultimately purchased the series for an undisclosed sum of money. Now John Krasinski won’t even be hosting the new series.

As explained by Krasinski in the last episode, he felt that he was “no longer needing to remind you that no matter how hard things get, there is always good in the world. Thank you all for making this show so very special. We will see you again.”

Understandably, this is why many fans have been so upset by the transaction, as you can see in some of the posts shared below.

I actually love when celebs pivot to becoming kindness grifters to make millions selling shows with amazing premises like “But what if there was some GOOD news?” https://t.co/psTBpCzw0P

So he made 8 YouTube videos comprised largely of unpaid contributions from fans, sold the brand to a major conglomerate, and isn't even going to make it anymore? Just cashed out? Does this rub anyone else the wrong way, kinda? https://t.co/7OlRIouJKM

I hate this so much. Some Good News was pure and wonderful and ViacomCBS using it as a "multiplatform showcase across the conglomerate's brands" makes me want to stab myself in the eyeballs.

THIS IS WHY WE CAN'T HAVE NICE THINGS.https://t.co/NOYo4IJIv5

remember when he created this free feel good YouTube show to “make people feel good” and now he is…………….selling it for $$$? really cool, 100% honorable https://t.co/XhVSYEHLt0

Hahah wth. The charm is watching this particular guy in his house with somewhat amateur production values chatting with friends, family, and fans. https://t.co/XdZVSie4pJ

You got to love when what seemed like an act of goodwill during a pandemic can be auctioned off to the highest bidder.

Nevertheless, Krasinski still seems pretty positive about ViacomCBS taking charge of the show. As he stated to THR:

“Could not be more excited and proud to be partnering with CBS/Viacom to be able to bring ‘Some Good News’ to so many more people! From the first episode, our goal was to create a news show dedicated entirely to good news. Never did I expect to be joining the ranks of such a historic news organization as CBS.”

The report also stated that Krasinski initially resisted the urge to sell the series “despite a wave of incoming calls from a wide variety of suitors”.

Continue Reading
You may also like...
Related Topics:John Krasinski, Some Good News