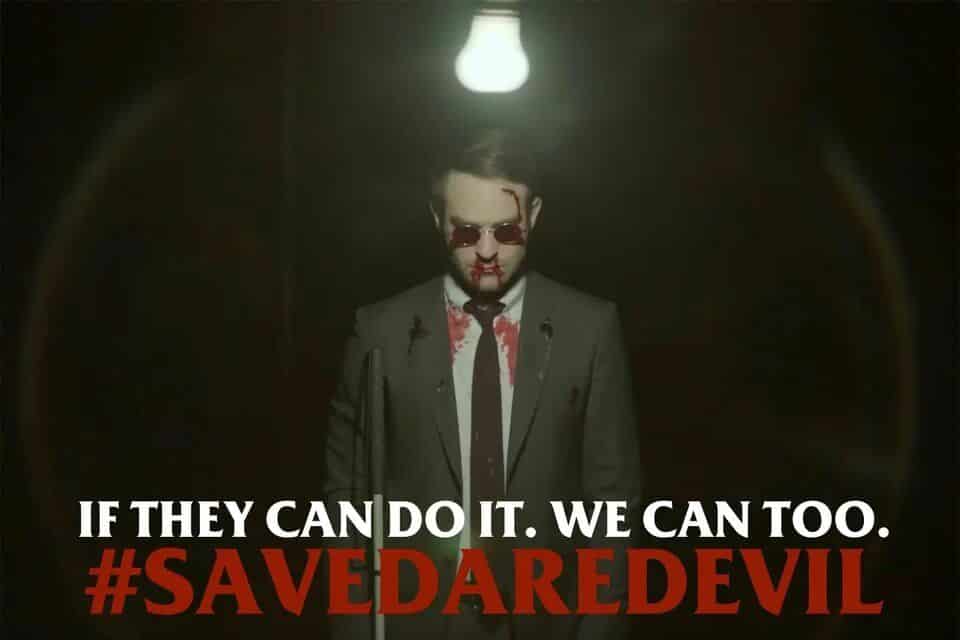 It isn’t a surprise that people like using the internet as a way to build support for any given type of movement. This is especially true for the pop culture community, where films and shows are always being canceled, altered, or some variation thereof. This was especially true in recent years with Justice League, which was ultimately finished by Joss Whedon after Zack Snyder was forced to leave the project. As a result, many fans started fighting to see the Zack Snyder cut of Justice League get an official release. Now, after years of #ReleaseTheSnyderCut making rounds online, Warner Bros. finally announced that the Snyder Cut of Justice League would finally be released via HBO Max. It’s enough of a pop culture miracle that it’s renewed fan interest for Marvel fans that have been fighting to see a continuation of the Marvel series Daredevil with the #SaveDaredevil campaign.

As you can see below, the fans that found renewed interest in getting Daredevil back with the success of the #ReleaseTheSnyderCut campaign have created their own hashtag. The campaign is being supported with the hashtag #SaveDaredevil, a simple enough phrase to show support for what was once the first of many Netflix Marvel shows. Unfortunately for fans of the hit series, it was canceled after only three seasons. Here are some of the posts fans have been making as a result:

Fans have helped get Clone Wars back on #DisneyPlus, improved CGI with #SonicTheHedgehog , a new #StarTrek series with Captain Pike, and now a #JusticeLeagueSnyderCut. All we need to do to complete the cycle is to #SaveDaredevil #Netflix #CharlieCox pic.twitter.com/TAZw65tQN5

Now that the justice league has been saved we could sure use allot of good and hopeful folks on #SaveDaredevil pic.twitter.com/Vkk7TJLpAa

So the fans helped get The Clone Wars a final season, the return of Young Justice, and the release of Zack Snyder’s original take on Justice League.

Can we get this back next? Please? #SaveDaredevil pic.twitter.com/WpeXXVdMK1

Since we are all getting the Snyder Cut Next Year, how about we shift our attention to bringing Daredevil Back..??

So the snyder cut is great and all but WHERE is this energy for Daredevil season 4…….#SaveDaredevil

They do make some pretty good points, as fan support has indeed shown a lot of progress in the film and television industry. As one tweet mentions, it led to the redesign of Sonic in the Sonic the Hedgehog movie released earlier this year. So after the Snyder Cut campaign has now been labeled a success, it makes sense that fans would try just as hard if not harder to see one of their favorite Marvel shows make a comeback thanks to a potentially successful #SaveDaredevil campaign.

In March, one of the biggest #SaveDaredevil campaign members – Van – spoke about the possibility of how fans could fight to get Daredevil back on the screen:

“The fandom, they need to work together. That’s probably the main thing,” he started.

“People have a lot of strong opinions. They love their shows. Instead of starting off 100 petitions with 50 names on each, they really should just start to work together,” Van said. “That’s probably the main thing. Keep things positive. That’s a big factor in Save Daredevil. Mostly it’s about communicating with each other. You find your friends. You form a group. You spread out, and you just keep going. I mean, that’s the basis for all grassroots campaigns. It’s got to start somewhere.”

Here’s hoping it works and we save Daredevil.