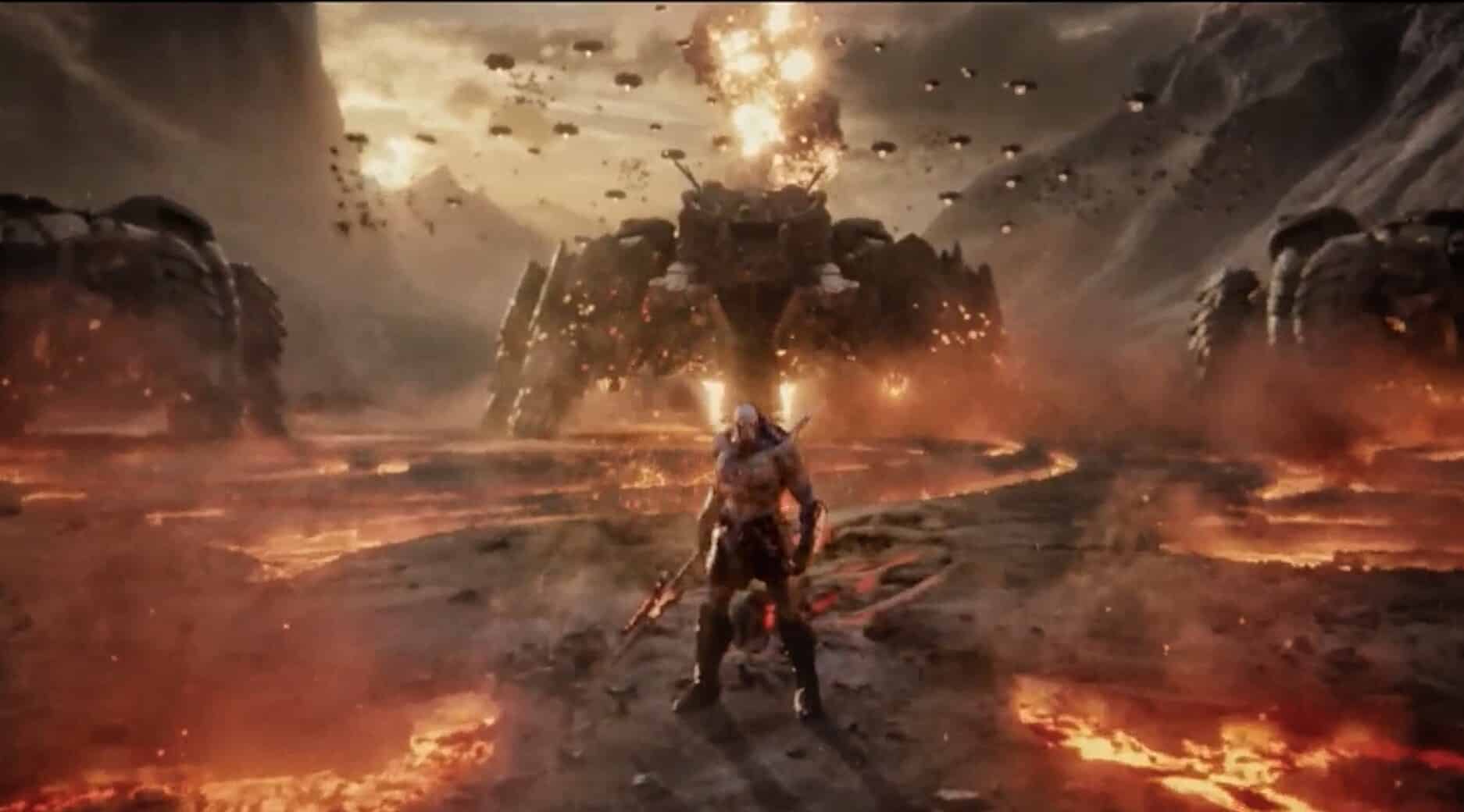 After years of speculation and rumors, Zack Snyder’s long-awaited cut of Justice League is finally coming to fruition, with Warner Brothers granting the craftsman 20-30 million dollars to finish his version for an HBO Max release. Considering the vast amount of ideas Snyder has presented about his director’s cut (including full backstory for Cyborg and a potential heroic sacrifice by Batman), fans have been fascinated to see these promising concepts executed upon to improve the original’s uneven structure. One of the most exciting additions is  Darkseid, the world-ending presence who typically faces off against Superman and the Justice League.

In a tweet to his loyal fanbase, Zack Snyder has revealed the first official look at Darkseid in action for Justice League, with the dominating force seemingly taking action against the world. Check out the image:

While this image is a mere tease at what is to come from the character, I am not 100% sold about his prospects in Justice League. One of my biggest issues with the original film was the over-reliance on CGI, which was especially noticeable with the villainous Steppenwolf. Visual effects are certainly necessary to bring grandiose ideas to life, but an over-abundance of them can often muddle their impact. This is a problem that would be hard to correct in any director’s cut despite the additional funds, with Snyder likely utilizing the funds to complete his additions over perfecting certain frames.

The Snyder Cut of Justice League will likely have a lot of imperfections, but that doesn’t mean it can’t thrive as something unique in the superhero genre. Whether it’s released as a 4-hour epic or broken up into a miniseries, it will be fascinating to see how Snyder weaves in his ambitious ideas into the final product. Considering the middling results of the original release, Snyder can only improve from here.

Are you excited to see Darkseid in The Snyder Cut of Justice League? Let us know in the comments!