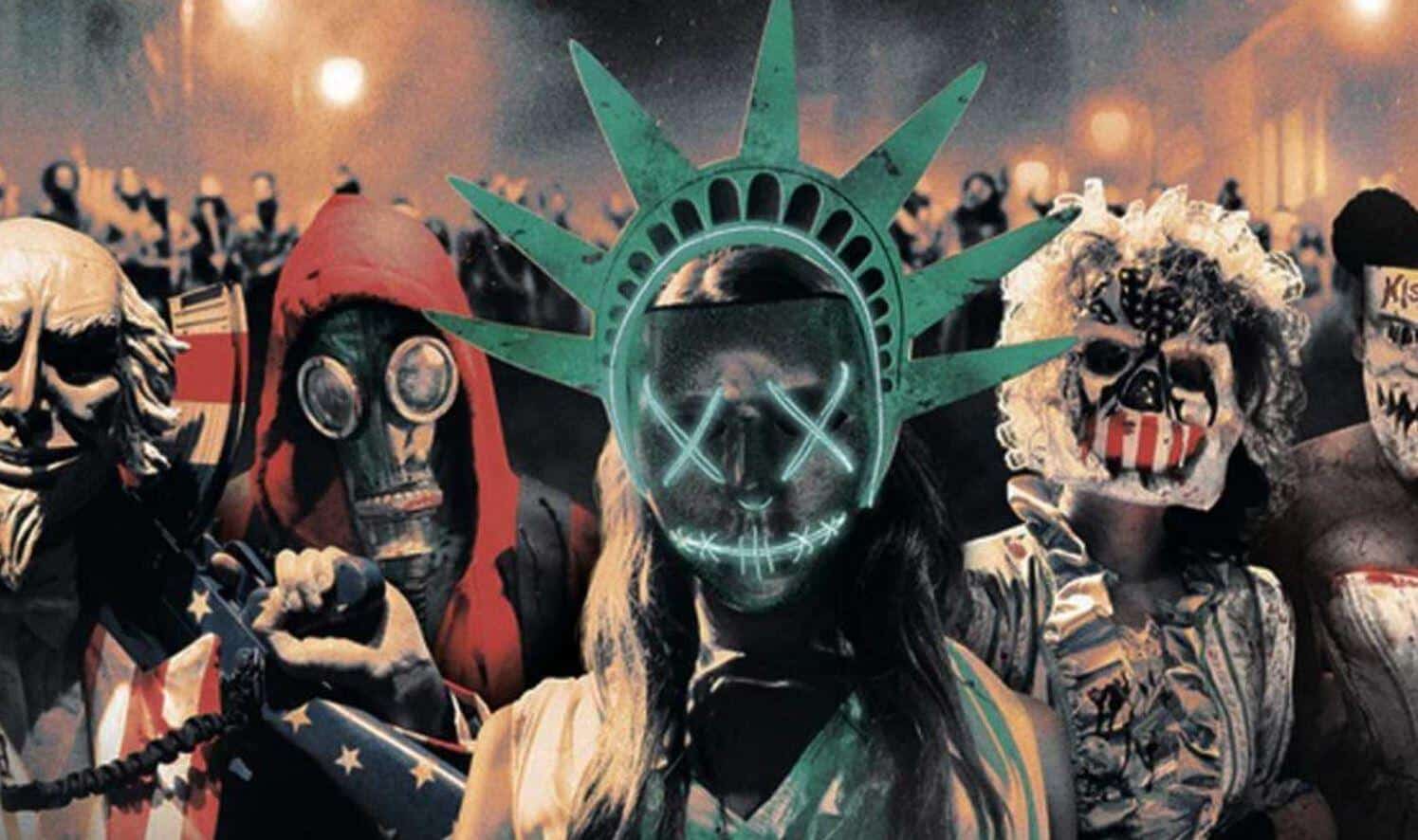 This year has been nothing short of the type of dystopian setting you’d expect from a horror film or science-fiction series. Unfortunately, everything has been very real – and some of the resulting videos that have documented the ongoing events have been nothing short of chilling. This includes a video recently uploaded to Twitter that includes the speech from The Purge being played from a vehicle before rioters run out into the street.

Here’s the video so you can see for yourselves:

Van pulls up and gives the purge speech on burnside pic.twitter.com/yk58ROVpqw

There is a van going around some neighborhoods in NYC, playing the speech from The Purge.

It really is like something out of The Purge, or perhaps even its spiritual predecessors like John Carpenter’s Escape from New York. It’s actually very hard to believe that the footage is real considering how incredibly cinematic it feels. Especially with the added eeriness of the rioters screaming while the speech from The Purge continues playing. It doesn’t help that the background is lit with fires and looters throwing trash all over the place.

Let’s just hope that things will settle down soon and we can expect some semblance of normality to come into play before too long. After all, we don’t want to actually endure The Purge for real, right?

Meanwhile, if that video isn’t enough for you, fans can experience The Forever Purge, the fifth film in the actual film franchise when it finally hits theaters or perhaps even VOD. Although the movie was originally scheduled to hit theaters next month, the ensuing Coronavirus pandemic and all of the other chaos that’s been going on has forced Universal to push the film back indefinitely.

Now fans can expect The Forever Purge to release at some later point in time. Unfortunately there hasn’t been a new release date given, so it’s unclear whether it will be released later this year or next – and whether or not a VOD release could play a part in that as well.

Continue Reading
You may also like...
Related Topics:Horror, Protest, Protests, The Purge