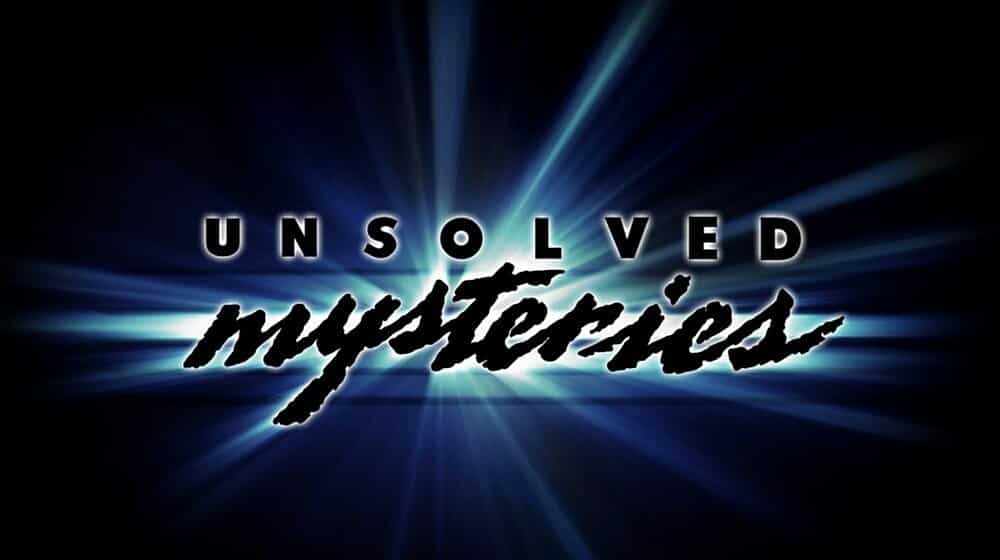 Since its announcement early last year, many fans of the classic television series Unsolved Mysteries have been eagerly awaiting Netflix’s upcoming revival. The new series was ordered with the announcement that there would be 12 total episodes, and now Netflix has announced the release date for their first batch of new Unsolved Mysteries.

While Netflix did order a total of 12 episodes, only the first 6 will be released on the newly announced release date – which is July 1, 2020! So it looks like we’ll only have to wait until its release date next month before fans can dive into a whole new world of Unsolved Mysteries via Netflix’s massive streaming platform.

It’s also worth mentioning that this series will not be having any kind of host, most likely to respect the legacy left by the late Robert Stack who iconically hosted the original series.  If you’re interested in what the episodes will follow, here are the titles and plot descriptions, courtesy of iHorror:

“Mystery on the Rooftop,” directed by Marcus A. Clarke:

The body of newlywed Rey Rivera was found in an abandoned conference room at Baltimore’s historic Belvedere Hotel in May 2006, eight days after he mysteriously disappeared. While the Baltimore Police maintained that the 32-year-old committed suicide by jumping from the hotel’s roof, the medical examiner declared Rey’s death “unexplained.” Many, including his devastated wife, Allison, suspect foul play.

In April 2011, French police discovered the wife and four children of Count Xavier Dupont de Ligonnès buried under the back porch of their home in Nantes. Xavier, the family patriarch, was not among the dead and nowhere to be found. Investigators gradually pieced together clues and a timeline that pointed to Xavier as a devious, pre-meditate killer. For instance, they now know that shortly before the crimes occurred, Xavier inherited a gun that was the same model as the murder weapon.

“No Ride Home,” directed by Marcus A. Clarke:

Alonzo Brooks, 23, never returned home from a party he attended with friends in the predominantly white town of La Cygne, Kansas. A month later, a search party led by his family locates Alonzo’s body — in an area that law enforcement had already canvassed multiple times.

On September 1, 1969, many residents in Berkshire County, Massachusetts were traumatized by a sighting of a UFO. Eyewitnesses — many just children at the time — have spent their lives trying to convince the world that what they saw was real.

At age 17, a guilt-ridden Lena Chapin confessed to helping her mother dispose of her murdered stepfather’s body four years prior. In 2012, Lena was issued a subpoena to testify against her mother in court, but the authorities were never able to deliver the summons — because Lena had disappeared, leaving behind a young son.

‘Evil Dead 2’ Actor Danny Hicks Reveals He Has Stage 4 Cancer; Says He Has 1-3 Years To Live
‘Spider-Man: Into The Spider-Verse 2’ Has Started Production
Advertisement
Advertisement
To Top