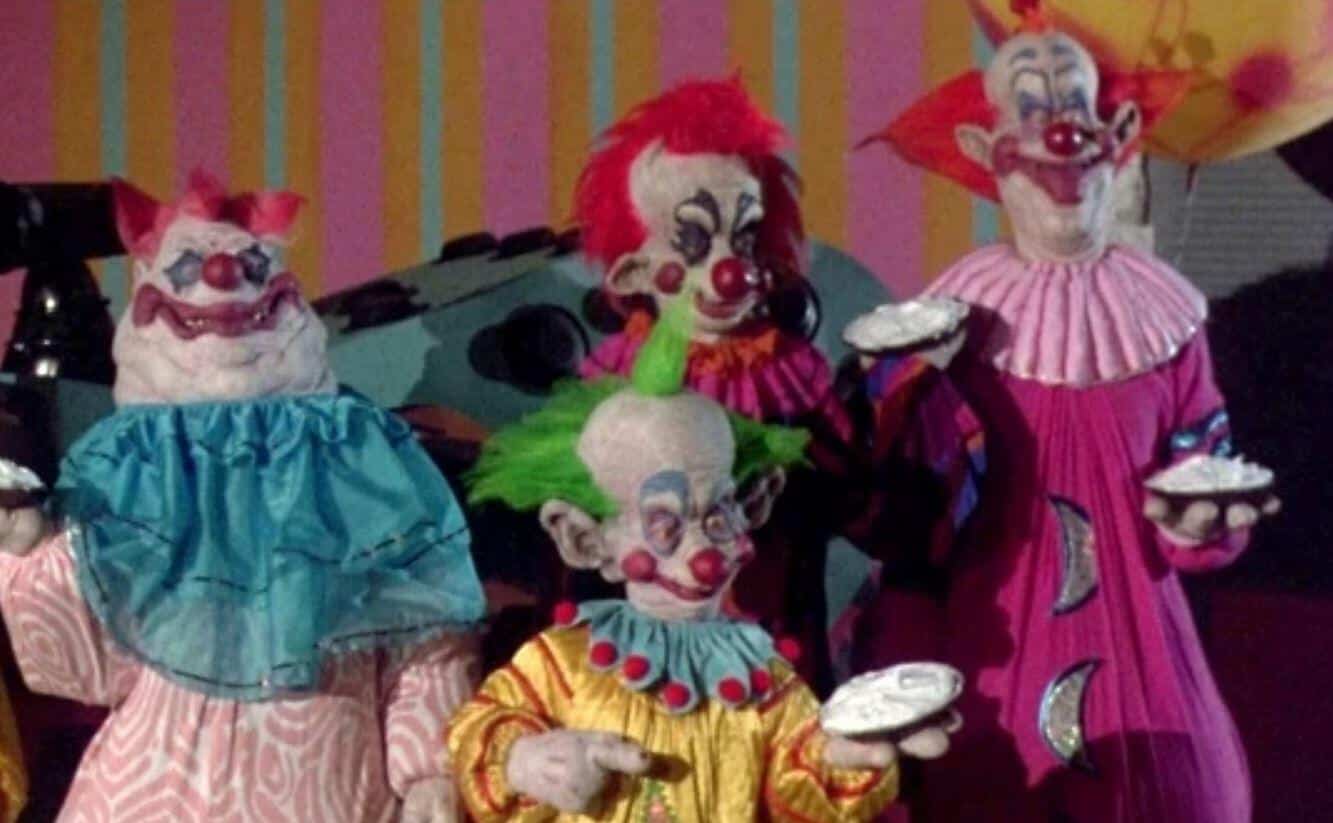 The 1988 horror comedy film Killer Klowns From Outer Space has remained a cult classic ever since it was released decades ago, something that the directors – the Chiodo Brothers – can be thanked for. The brothers are also responsible for having written and produced the film, as well as creating its tremendous special effects. But what else could you expect from the effects artists behind the original four films of the Critters franchise? What’s also worth mentioning, however, is that Killer Klowns From Outer Space actually has a super high kill count.

While the film is only rated PG-13, which would seem to suggest a lesser body count, quite a few people meet their end in this cheesy 1980’s horror cult classic. In fact, a surprising 36 kills – at least – and that’s not even counting the four clowns we see in the film that wind up dying.

If you want to get really specific, aside from all of the ray gun blasts, shadow dinosaurs, decapitations, acidic pies, and various other ways that people are found being killed in the movie, there’s actually hundreds of cotton candy cocoons spotted in the movie. If you’re having trouble remembering, the cotton candy cocoons are actually acidic and dissolve people into mushy sacks of blood that the alien clowns tend to drink through crazy straws.

It goes to show just how creative the Chiodo Brothers really are when they put their minds to the task and contribute their magic to the screen. Hopefully we’ll get another chance to see them work on another Killer Klowns From Outer Space project soon – and perhaps after all these years, they’ll be eager to raise the body count even higher this time.

While there was initially some type of Syfy project in development for the franchise, there hasn’t been much information given on that front. But hopefully the Chiodo Brothers will get their rightful chance soon to give the titular Killer Klowns From Outer Space the comeback they both deserve and have earned through decades of scaring audiences into fits of laughter.

Continue Reading
You may also like...
Related Topics:Horror, Killer Klowns From Outer Space

‘Chicken Run 2’ Coming To Netflix; Mel Gibson’s Role Will Be Recast
Kevin Bacon Says He’s Up For Playing The Next Freddy Krueger
Advertisement
Advertisement
To Top