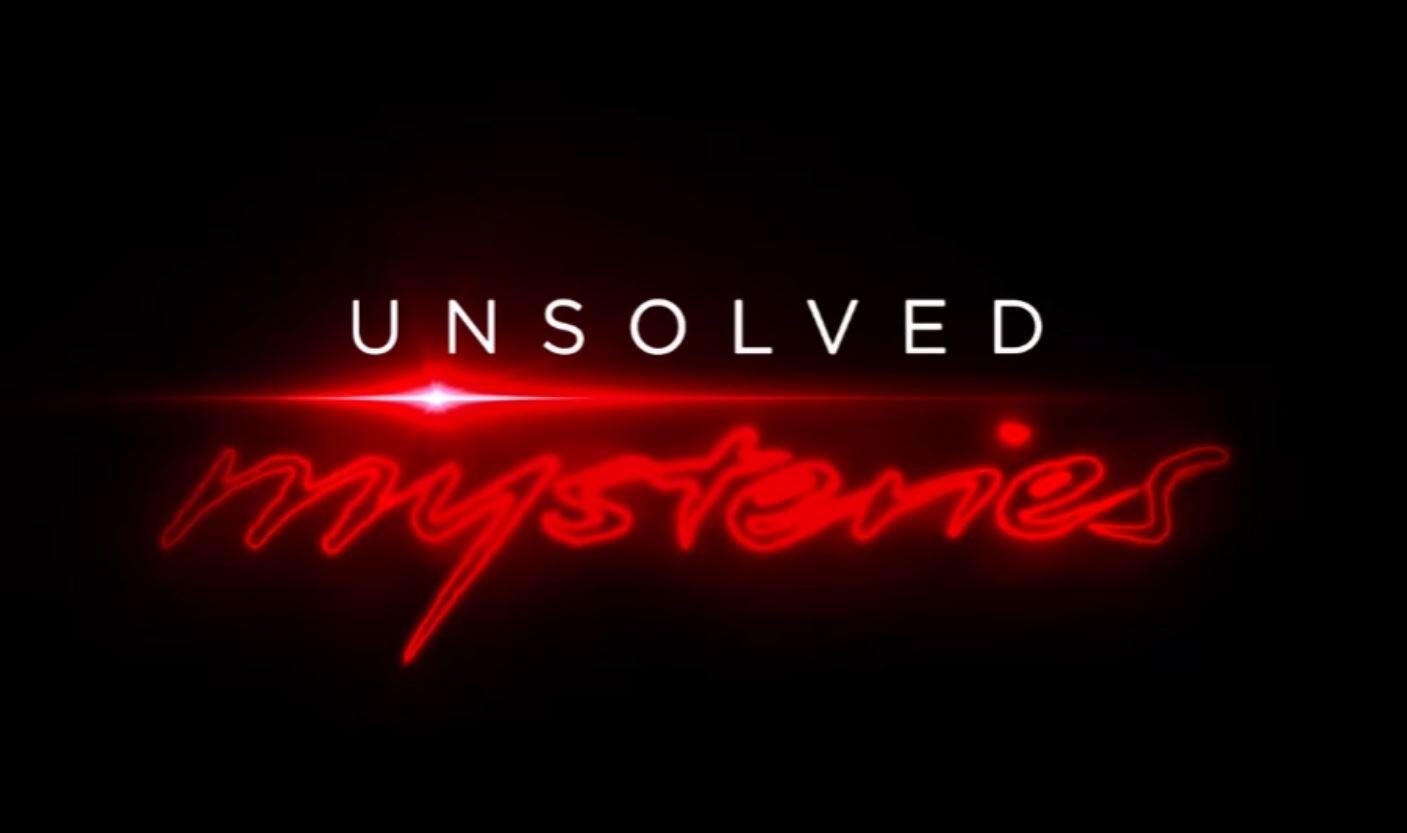 If you were born in the 80’s or before, you most certainly remember the eerie theme song of a crime docu-series that came on, scaring us all with Unsolved Mysteries. Children went to bed thinking that the criminal was outside their window, or the aliens would abduct them in the night. Adults didn’t fare much better, but no one could seemingly look away. The show was compelling, telling the stories of cold cases and unexplainable events, hoping that the national attention would help bring new evidence or new witnesses forward. Hosted but the late Robert Stack, the show ran throughout the 90’s, and now Netflix is bringing back a modern version this summer!

A trailer for the new series has been released, with a new take on the creepy and ominous theme song. 6 episodes have been planned for the July 1st release. No host has be named as of yet. Here are the synopses for the episodes.

“Mystery on the Rooftop,” directed by Marcus A. Clarke:

The body of newlywed Rey Rivera was found in an abandoned conference room at Baltimore’s historic Belvedere Hotel in May 2006, eight days after he mysteriously disappeared. While the Baltimore Police maintained that the 32-year-old committed suicide by jumping from the hotel’s roof, the medical examiner declared Rey’s death “unexplained.” Many, including his devastated wife, Allison, suspect foul play.

In April 2011, French police discovered the wife and four children of Count Xavier Dupont de Ligonnès buried under the back porch of their home in Nantes. Xavier, the family patriarch, was not among the dead and nowhere to be found. Investigators gradually pieced together clues and a timeline that pointed to Xavier as a devious, pre-meditate killer. For instance, they now know that shortly before the crimes occurred, Xavier inherited a gun that was the same model as the murder weapon.

“No Ride Home,” directed by Marcus A. Clarke:

Alonzo Brooks, 23, never returned home from a party he attended with friends in the predominantly white town of La Cygne, Kansas. A month later, a search party led by his family locates Alonzo’s body — in an area that law enforcement had already canvassed multiple times.

On September 1, 1969, many residents in Berkshire County, Massachusetts were traumatized by a sighting of a UFO. Eyewitnesses — many just children at the time — have spent their lives trying to convince the world that what they saw was real.

At age 17, a guilt-ridden Lena Chapin confessed to helping her mother dispose of her murdered stepfather’s body four years prior. In 2012, Lena was issued a subpoena to testify against her mother in court, but the authorities were never able to deliver the summons — because Lena had disappeared, leaving behind a young son.

The show has been brought back by the original creators, in league with the producers of Stranger Things.

Are you ready for a new series of Unsolved Mysteries? Let us know in the comments below!

Where The Other Avengers Are During ‘Black Widow’
‘Chicken Run 2’ Coming To Netflix; Mel Gibson’s Role Will Be Recast
Advertisement
To Top