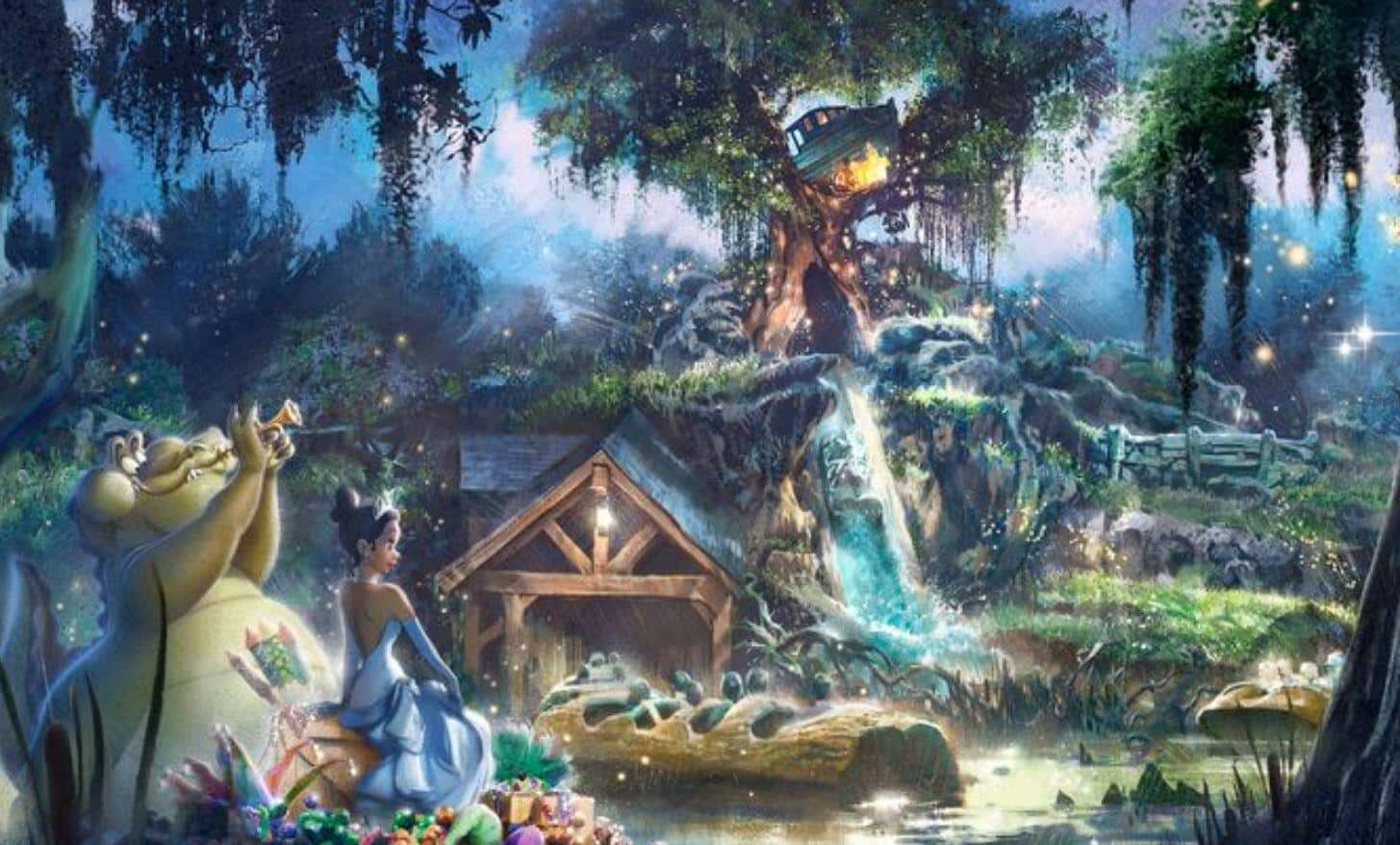 It’s just been newly announced by Disney Parks that the Splash Mountain location featured in both Disneyland and Disney World will be updated with a completely new theme inspired by The Princess and the Frog. The announcement comes from the official Disney Parks Twitter account, and as you can see down below, they even shared an interesting piece of concept art for the upcoming attraction.

They also included the following caption:

“We’re thrilled to share Splash Mountain at Disneyland and Walt Disney World will be completely reimagined with a new story inspired by an all-time favorite Disney Animation film, The Princess and the Frog.”

We’re thrilled to share Splash Mountain at @Disneyland & @WaltDisneyWorld will be completely reimagined with a new story inspired by an all-time favorite @DisneyAnimation film, “The Princess and the Frog.” Learn about what Imagineers have in development: https://t.co/HyKfdDSH3j pic.twitter.com/DV6476KAVX

The ride is currently based on Song of the South, so it makes sense that Disney would want to rejuvenate the ride with something a little more modern, relevant, and fresh. In fact, the official Disney Parks blog went a little more in depth regarding the decision that led to the ride being modified to represent The Princess and the Frog.

“The approach to retheming or “plussing” attractions (as Walt Disney referred to it) begins with Imagineers asking the question, how can we build upon or elevate the experience and tell a fresh, relevant story?”

He continued, “It’s a continuous process that Imagineers are deeply passionate about. And with this longstanding history of updating attractions and adding new magic, the retheming of Splash Mountain is of particular importance today.”

He also explained that, “The new concept is inclusive – one that all of our guests can connect with and be inspired by, and it speaks to the diversity of the millions of people who visit our parks each year.”

Apparently the ride is intended to “pick up the story after the final kiss, and join Princess Tiana and Louis on a musical adventure – featuring some of the powerful music from the film – as they prepare for their first-ever Mardi Gras performance.”

In fact, as further explained by Michael Ramirez:

“Tiana is a modern, courageous, and empowered woman, who pursues her dreams and never loses sight of what’s really important. It’s a great story with a strong lead character, set against the backdrop of New Orleans and the Louisiana bayou.”

He added, “In 1966, Walt himself opened New Orleans Square when it became the first new “land” added to Disneyland park, so it feels natural to link the story and the incredible music of “The Princess and the Frog” to our parks.”

The ride will include participation from voice actress Anika Noni Rose, the actress behind Princess Tiana. She was especially enthusiastic about the idea:

“It is really exciting to know that Princess Tiana’s presence in both Disneyland and Magic Kingdom will finally be fully realized! As passionate as I am about what we created, I know the fans are going to be over the moon. The Imagineers are giving us ‘The Princess and the Frog’ Mardi Gras celebration we’ve been waiting for, and I’m here for it!”

The ride will also include the voice talents of Michael-Leon Wooley as Louis and Jenifer Lewis as Mama Odie.

Continue Reading
You may also like...
Related Topics:Disney, Disneyland, The Princess and the Frog

Fans Are Trashing ‘The Last Of Us Part 2’ In Largest Subreddit For The Game
Cancel Culture Is Now Going After ‘Captain America: Civil War’
Advertisement
To Top