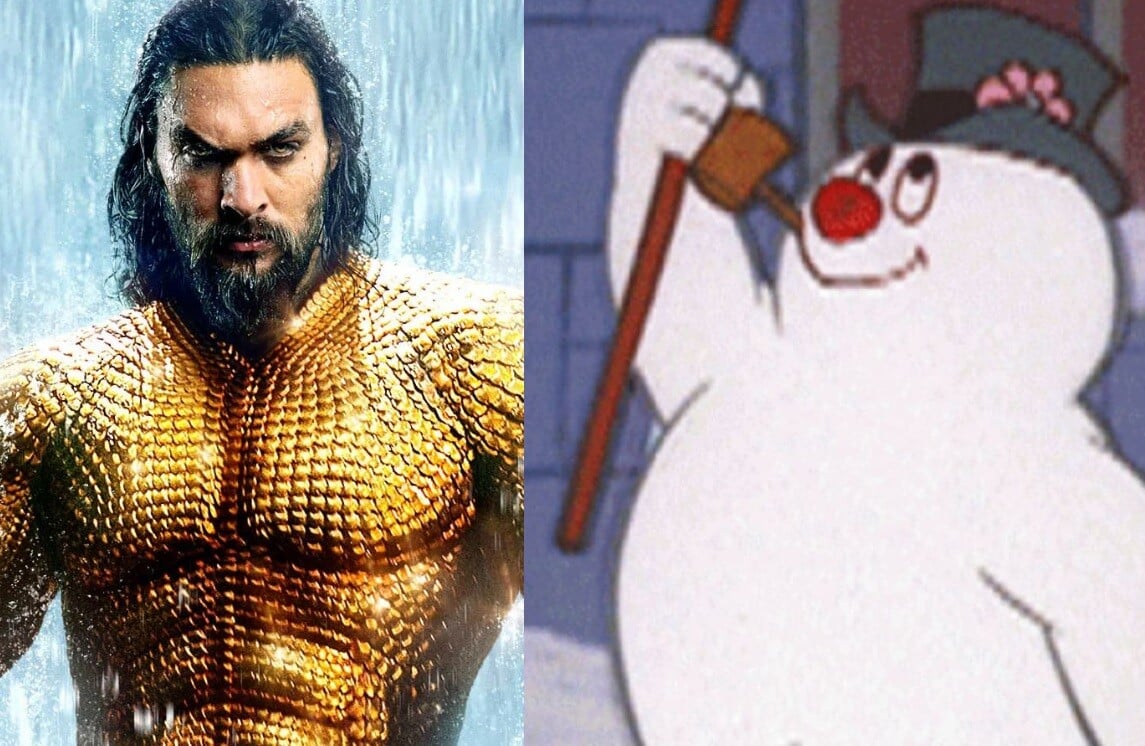 Actor Jason Momoa has been continuously climbing the ranks of Hollywood since he appeared as Aquaman in the DCEU, and now it looks like he’ll be taking on a rather unexpected role – Frosty the Snowman. That’s right, the massive action star will be making an appearance as the titular snowman in a live-action adaptation of the popular children’s character.

Of course, it’s worth mentioning that Jason Momoa will only be providing the voiceover work for Frosty the Snowman. As revealed in the announcement made by Deadline, the actual character will be created with CGI. So if you were hoping to see Jason Momoa in some kind of snowman costume, you’ll be disappointed. Nevertheless, it’ll be interesting to see what he’ll have to offer vocal-wise for the iconic Christmas time character.

The film is intended to be produced by Jon Berg and Greg Silverman, along with Geoff Johns. Jon Berg had the following statement regarding the announcement:

“From his role as a fearsome count in a land of ice and fire to the oceanic success we all had with Aquaman, it felt only right to realize Jason this time out of snow,” he said.

It seems they want to emphasize Jason Momoa’s ability to portray a character that’s for the whole family.

“We know Jason’s as a true human being filled with love, compassion and a deep connection to ohana… all of which is the living spirit of Xmas and Frosty,” added Greg Silverman.

The film is being written by David Berenbaum. It’s intended to be produced by Warner Bros and Stampede Ventures, with David Berenbaum having already collaborated with producer Jon Berg on the Christmas movie Elf. It looks like we might be getting a new modern Christmas classic on our hands with Frosty the Snowman, one which will hopefully also appeal to fans of Jason Momoa.

Continue Reading
You may also like...
Related Topics:Frosty the Snowman, Jason Momoa