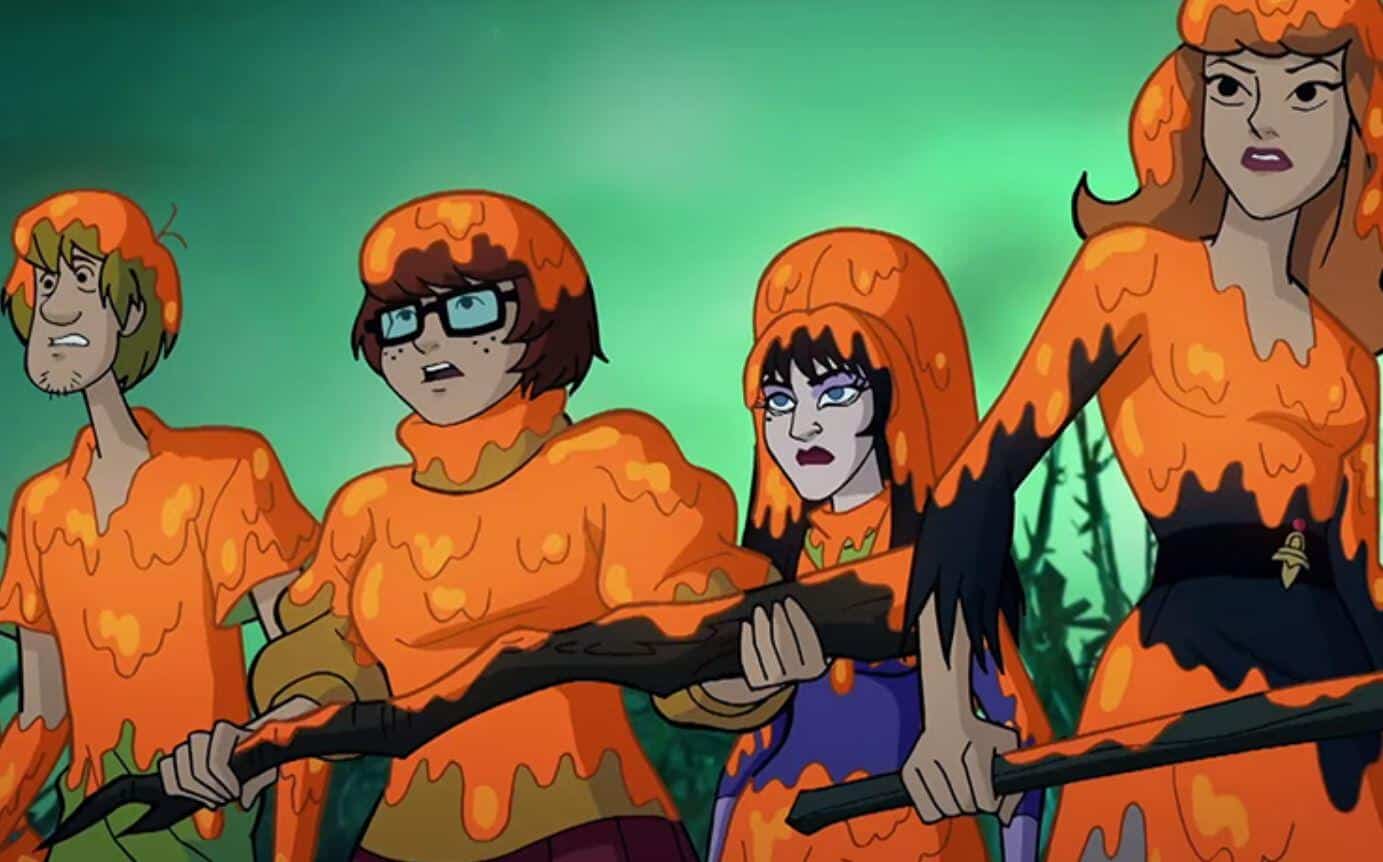 Scooby-Doo is usually the perfect addition to any October or Halloween lineup. Now fans will finally have an official Halloween-themed Scooby-Doo film to look forward to coming out later this year. The new movie is titled Happy Halloween, Scooby-Doo, and features quite a few guest stars – including horror host Elvira!

The movie was also written, produced, and directed by Maxwell Atoms – the creator behind the hit Cartoon Network series The Grim Adventures of Billy & Mandy. And as you can see in the below trailer for the film, thanks to Syfy Wire, his signature style is clearly present throughout. Fans should definitely be pleased.

“With fake monsters and candy galore, Halloween is heaven for these hungry foodies going door-to-door. But this year, their sweet holiday turns sour when the neighborhood pumpkin patch is infected by toxic ooze, creating high-flying jack-o-lanterns, and a king-sized pumpkin leader squashing everything in its path. It’s up to Scooby-Doo and the gang as they team up with their pals, Bill Nye the Science Guy and Elvira, Mistress of the Dark, to solve this mystery of gigantic proportions and save Crystal Cove!”

The movie definitely looks like a wild take on classic Scooby-Doo lore, as well as Batman lore for that matter. It’ll be interesting to see the overall film and how exactly the story will end up unfolding. In any case, if Scooby-Doo is already a great addition to any October or Halloween lineup, then this should be the perfect gift for fans.

Happy Halloween, Scooby-Doo stars a truly familiar cast with Frank Welker as Scooby-Doo/Fred Jones, Grey Griffin as Daphne Blake, Matthew Lillard as Shaggy Rogers and Kate Micucci as Velma Dinkley. And, of course, the film features guest stars Cassandra Peterson as Elvira, Mistress of the Dark and Bill Nye as himself.

Audiences can expect the film to premiere on both DVD and Digital later this year in the Fall.

Continue Reading
You may also like...
Related Topics:Horror, Scooby-Doo