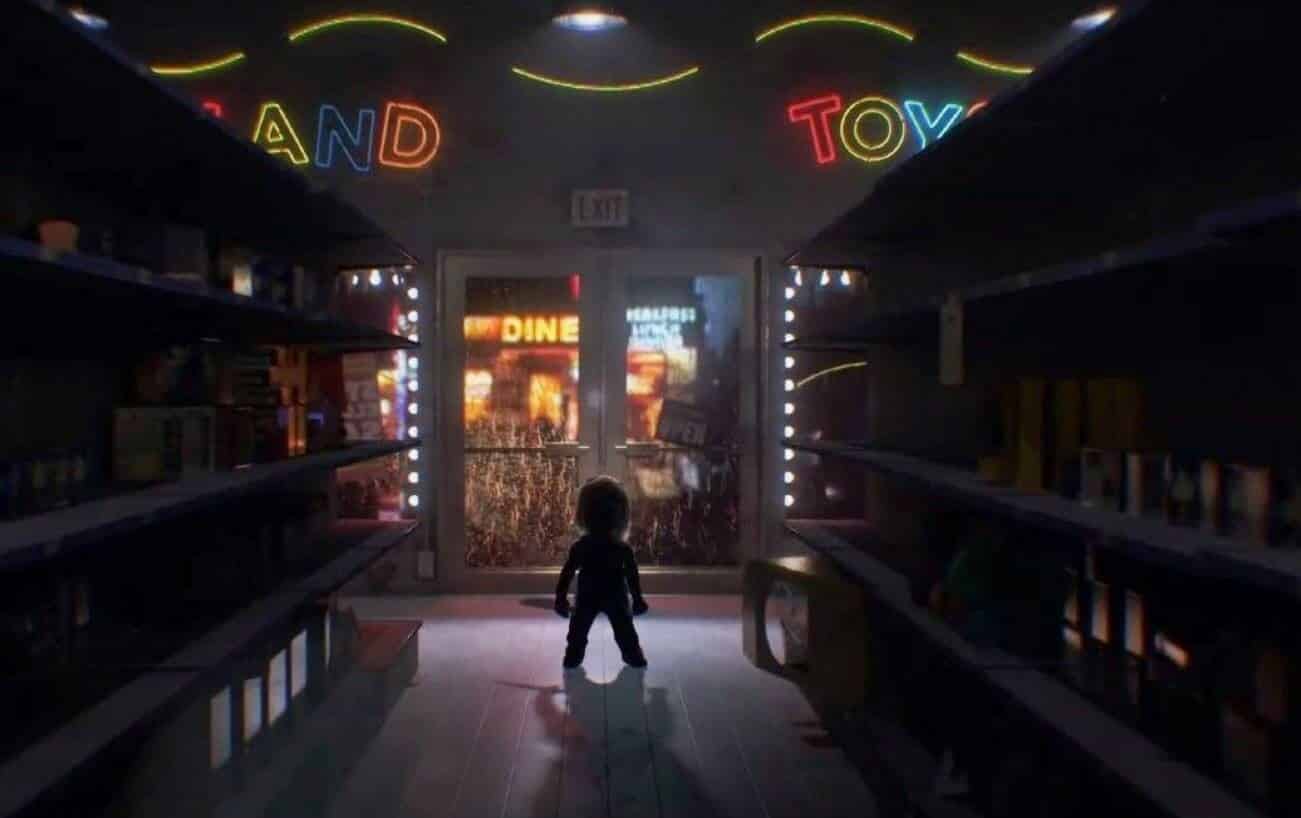 The Child’s Play franchise has shown its ability to adapt and change with the times ever since the first film was released in 1988. We’ve gotten the original trilogy in which all three films closely followed the same formula. Bride of Chucky spiced things up in 1998 for the franchise’s tenth anniversary when they introduced secondary antagonist Tiffany Valentine, alongside a dose of self-referential humor inspired by the success of Scream. Seed of Chucky nearly took that humor too far, and the course was corrected with Curse of Chucky and Cult of Chucky years later via two direct-to-video continuations. Now the Child’s Play franchise will adapt yet again with a new TV series titled Chucky – and you can view the first teaser trailer down below!

While there was also a “remake” of sorts of the first Child’s Play released in 2019, the movie didn’t receive any involvement from the original film’s creators. Now writer/director Don Mancini, producer David Kirschner, and franchise newcomer/Channel One mastermind Nick Antosca have come together to bring back the original Chucky, this time as a TV series for the small screen. And as you can see in the new Chucky teaser, it brings back that classic Child’s Play vibe in full force.

AN EVIL TOO GREAT TO PLAY ON JUST ONE NETWORK @USA_Network @SYFY #Chucky #2021 pic.twitter.com/EaRYONmfVS

The teaser doesn’t reveal much, but a rendition of the Child’s Play 2 theme is played clearly and loudly, boasting a return from one of the franchise’s most iconic tunes. And as you can imagine, it’s not the only franchise element that returns in the teaser, as Chucky himself shows up at the end with an eerie silhouette and familiar laugh. It’s enough to get any fan of the classic series curious if not altogether excited to see this new take on the famous icon.

We also learn from the presented footage that not only will the new Chucky series be released in 2021, but audiences will be able to view it on two channels as well. It was already confirmed the series would air on Syfy, but as it turns out, it’ll be airing on USA as well!

In the new series, which follows the events of the original seven movies…

So now Chucky fans can expect the character to make his comeback in 2021, where he’ll be proving his famous motto – a true classic never goes out of style.