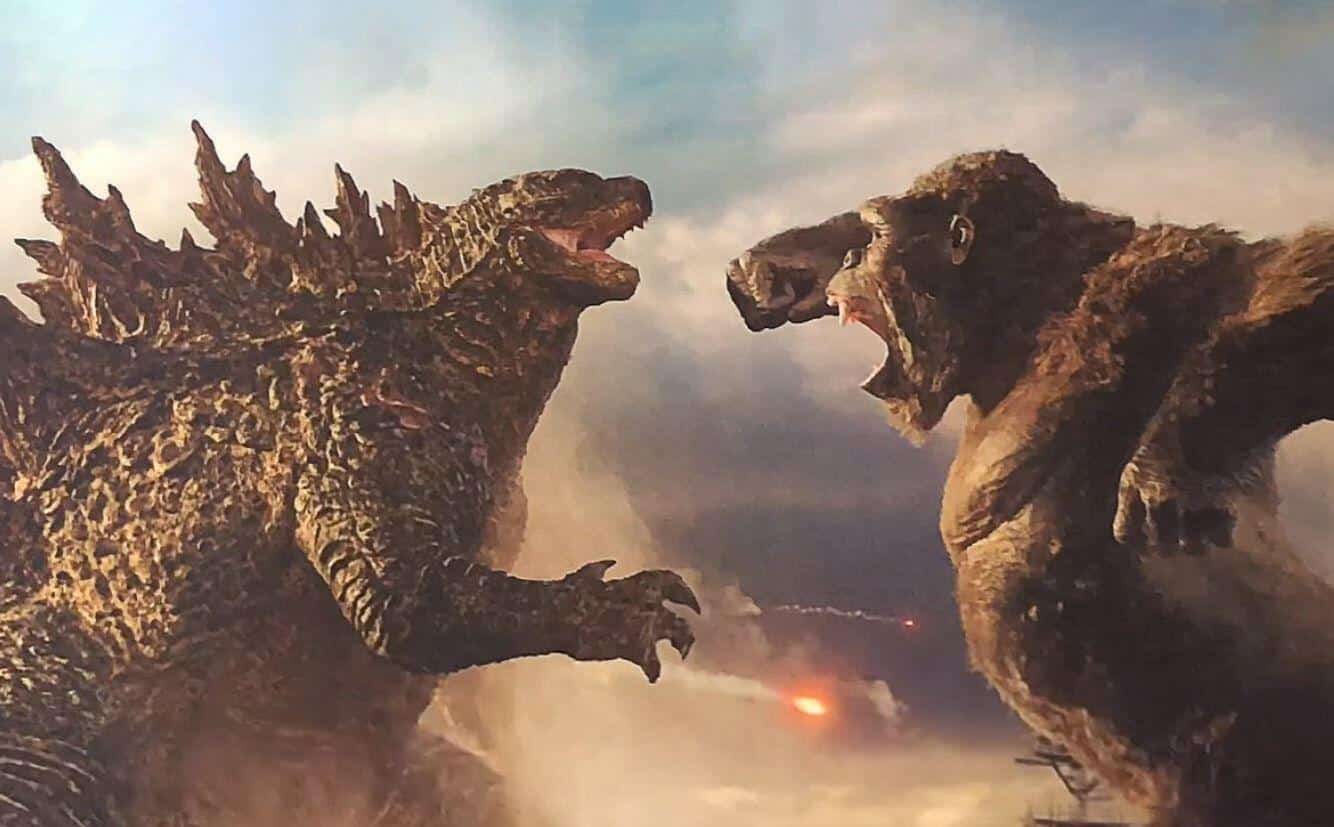 Unfortunately as we all know, for Godzilla and King Kong fans alike, the upcoming MonsterVerse crossover Godzilla vs. Kong has been delayed until 2021. And that’s coming after several other delays already, meaning fans still haven’t had a chance to see much marketing of any kind for the upcoming movie. Nevertheless, the occasional image or sneak peek has leaked here and there, and now it appears to have happened yet again. As you can see down below, the images come from a variety of new toy pictures. What’s more, they also give us our first look at one of the big fight scenes from Godzilla vs. Kong.

As you can see, the image is apparently from the back of the packaging for one of the toys. Of course, it’s still possible that this isn’t an actual still from the film – so much as a promotional piece – but it’s nice to see some kind of glimpse at what fans can expect. With that said, there might also be spoilers involved with the below toy images.

The other images have thus far revealed a new logo design for the movie, and several new looks at Kong and Godzilla as they’ll be appearing in the film. Again, just like the fight image, these likely aren’t the most accurate representations of what fans can expect from Godzilla vs. Kong. But it is nice to see some kind of motion coming along even if it’s ever so slowly.

A new logo for Godzilla vs. Kong has been discovered on the Playmates Toys figure packaging. pic.twitter.com/VHKMpxbMkq

A new Godzilla vs. Kong 6" Kong with Battle-Axe figure by Playmates Toys has been revealed. The figure was revealed by new official listings on Walmart's website. pic.twitter.com/kXHod0C6fN

New images of the Playmates Toys Godzilla vs. Kong 11" Kong figure have been revealed. pic.twitter.com/tYPenSeMgw

New images of the Playmates Toys Godzilla vs. Kong 11" Godzilla figure have been revealed. pic.twitter.com/2gsoHm6BbZ

More new images of the Playmates Toys Godzilla vs. Kong 11" Kong figure have been revealed. pic.twitter.com/bq7AF5Sj0d

At the rate things are going, 2021 just can’t get here soon enough. The film is currently scheduled for a new release on May 21, 2021.