While convicted murderer and body snatched Ed Gein has been the basis for a variety of horror films due to his disturbing crimes, a variety of which are directly based on his life, there are several in particular that happen to be some of the genre’s biggest films. In particular, Ed Gein was the basis for the following three films: Alfred Hitchcock’s Psycho, Tobe Hooper’s The Texas Chain Saw Massacre, and Jonathan Demme’s The Silence of the Lambs.

If you’re unaware, Ed Gein lived in Plainfield, Wisconsin. He would dig up corpses from the nearby graveyards to create trophies and trinkets from their bodies. He was accused of necrophilia with the corpses, but he denied it. He’d also confessed to killing two different women throughout the 1950’s and in 1968 was found guilty (but legally insane) and was remanded to a mental institution – a place he would eventually die at in 1984 at age 77. When police searched his farm home, they found things such as human skin (which he used to make masks and covers for furniture), bones, human skulls (which he used to make bowls and other things), as well as various other body parts used for different things.

As far as an explanation for the acts, Gein simply said:

“I had a compulsion to do it.”

Interestingly, two of the movies we mentioned above were actually adapted from novels before they were made into movies. The film Psycho was based on a novel initially written by author Robert Bloch. In fact, Bloch’s 1959 novel Psycho helped popularize the horrifying actions performed by Ed Gein by channeling them through its own original character, Norman Bates. 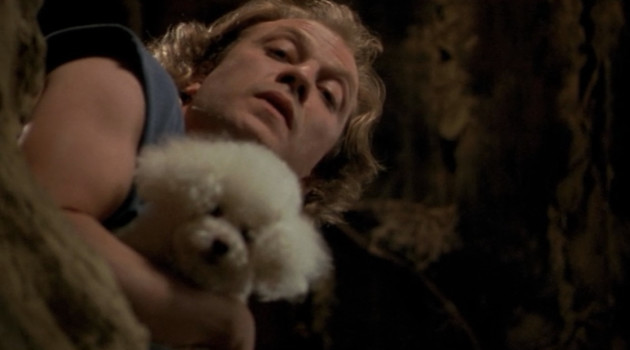 The other film of the above mentioned three that happened to be based on a novel is The Silence of the Lambs. In that original novel, written by Thomas Harris, Ed Gein was the inspiration for fictional serial killer Buffalo Bill. He happened to share Gein’s interest in skin suits, a similar trait of which is also shared by the character Leatherface in The Texas Chain Saw Massacre.

This is perhaps one of the most popular works inspired by Ed Gein. The movie itself has famously fooled several generations’ worth of moviegoers into believing that Leatherface and his disturbed family members were a real clan of serial killers. While that never quite happened, the characters were obviously inspired by Ed Gein. This is especially evident with Leatherface, who wears skin masks made from people’s faces while also cross dressing.

It goes to show how much real life can influence fiction, and vice versa. Of course, these few horror films are only the tip of the ice berg when it comes to Ed Gein and his influence on the horror genre. His horrendous crimes are always going to have a lasting influence over film, music, and literature.