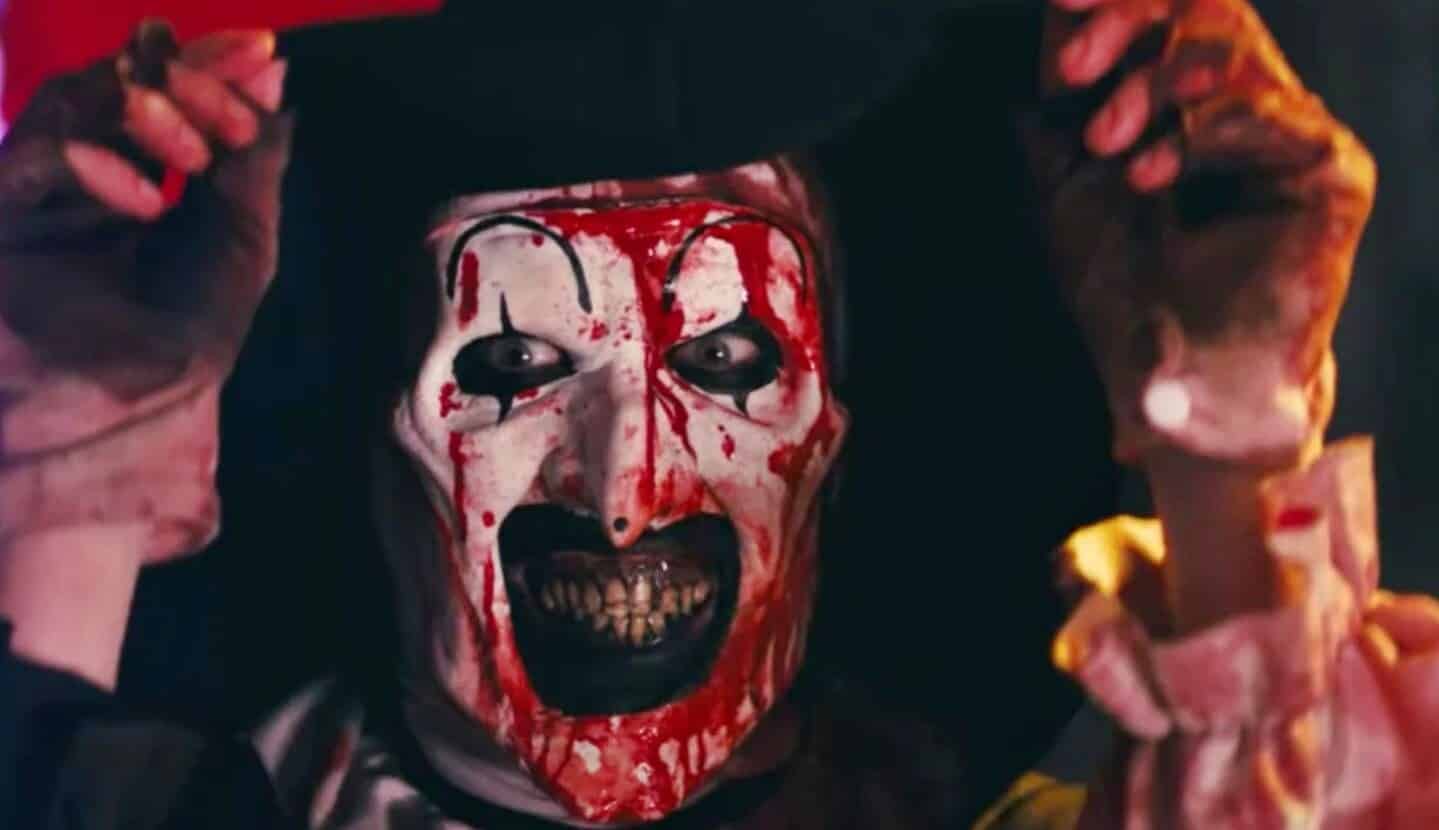 Many horror fans have quickly become attached to the character Art the Clown – a murderous, psuedo-supernatural clown that has a tendency to perform all sorts of horrifying and grotesque murders each Halloween. After he got his own solo film with Terrifier, fans were quickly eager for more, and now director Damien Leone is delivering. He’s not only completed shooting Terrifier 2, but you can check out the new trailer for the film down below!

It’s exciting to finally see footage from the film, considering how long fans have been waiting since production started to get a proper trailer. But now we’ve finally made it to that point, and it should be all downhill from here.

It looks like the movie will not only live up to the standards established by the first Terrifier movie, but that we can expect even more blood, guts, and murder this time around. Hopefully fans will be pleased with this new outing – and judging by the trailer, Terrifier 2 seems just as likely to become a hit as the first was.

Here’s the plot for the highly anticipated horror sequel…

“After being resurrected by a sinister entity, Art returns to Miles County where he must hunt down and destroy a teenage girl and her younger brother on Halloween.”

Actor David H. Thornton will once again be reprising his role from the first film as the murderous Art the Clown. Lauren LaVera (Clinton Road) is playing the film’s female lead. On top of these leads is the exciting announcement that several 1980’s horror icons will all be making appearances as well. Felissa Rose (Sleepaway Camp), Jason Lively (Night of the Creeps) and Tamara Glynn (Halloween 5: The Revenge of Michael Myers) will all be appearing in the upcoming sequel.

The film was written and directed by Damien Leone.

As of now, Terrifier 2 is expected to be released sometime later this year.