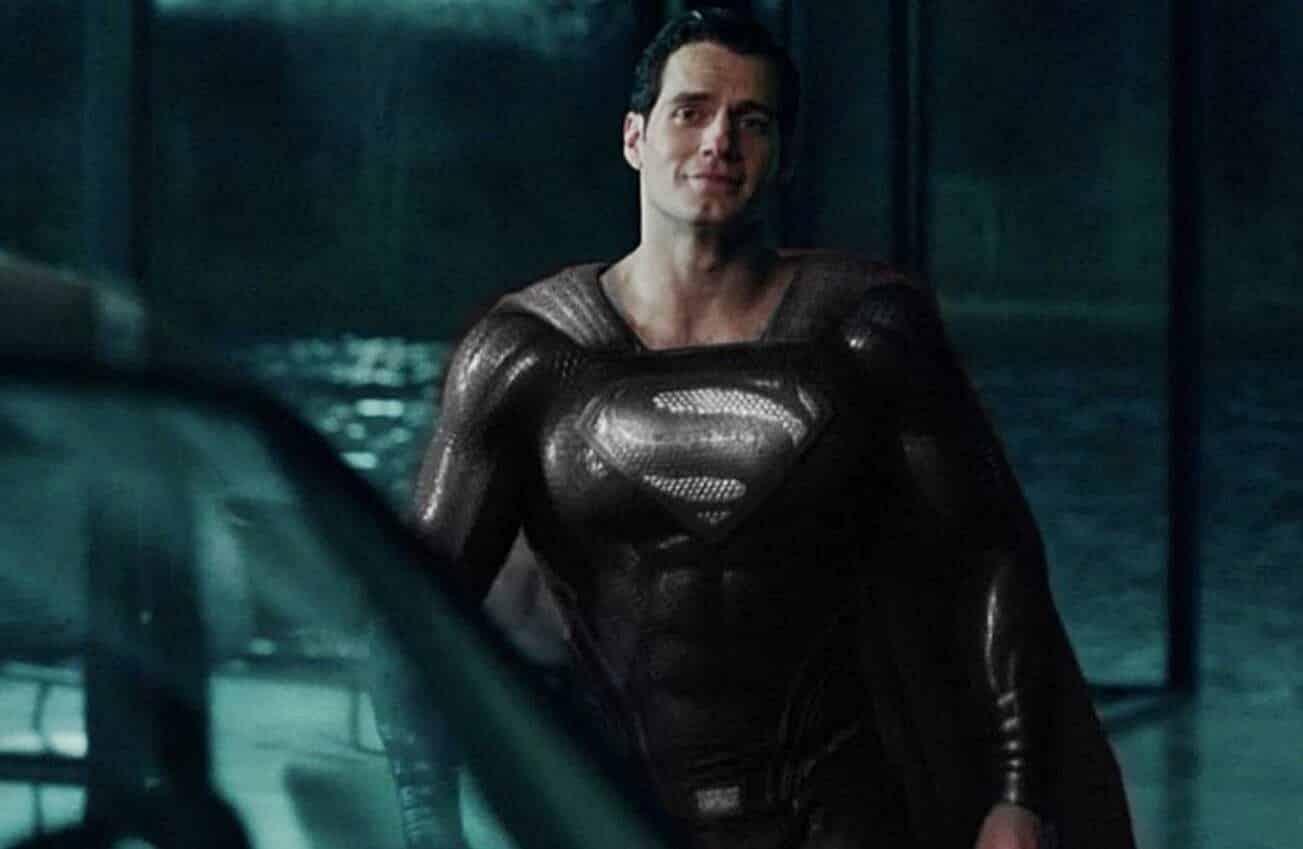 A new Justice League Snyder Cut clip has revealed our first look at Henry Cavill’s Superman in his black suit. The suit was famously teased leading up to the release of Justice League – but wasn’t actually in the theatrical cut we were given back in 2017. Obviously, we now know that two different films exist, and you can check out the latest clip below (at the 31:35 mark) that was revealed during today’s Justice Con panel.

The director revealed quite a bit more about the upcoming version of the movie. He said that WB actually thought the black suit was a bad idea.

“At the time, the studio said there was no chance because I was arguing for the black suit the entire time and they were like, ‘We don’t think it’s a good idea.'”

“I’d say, ‘What do you mean?’ We would always about…eventually we were like ‘Fine. Don’t worry about it, we’re good.’ We said we’ll shoot the suit the way it was, but we had done little adjustments to the suit that would make it a little easier to dial it and contrast it a little more because we had done some experiments in Photoshop, so we knew how to do it. We had done a bunch of private experiments to make sure we could switch it on the ‘DL’ since frankly, they just weren’t into it. I thought from the beginning it was a great idea because it was the correct evolution for him when he rose from the dead, he’d have the black suit. It just made sense.”

The director also revealed that none of the footage that Joss Whedon shot for Justice League will be in his cut of the movie.

“I would destroy the movie, I would set it on fire, before I would use a single frame that I did not photograph.”

We were blessed by Superman in Black Suit.

Black Suit Superman is finally here!! After 4 years of speculating and wishing for it, we finally get to see it!! This movie is gonna be a blessing honestly pic.twitter.com/U0j0JbwoL6

Now cgi in the 90s mullet or I rebel pic.twitter.com/ONHELX06rB

So there you have it, folks. This is going to be a very different movie, and for those of you who didn’t think it would be – it’s very clear you’re in for a surprise. Zack Snyder’s Justice League cut is set to hit HBO Max in 2021.