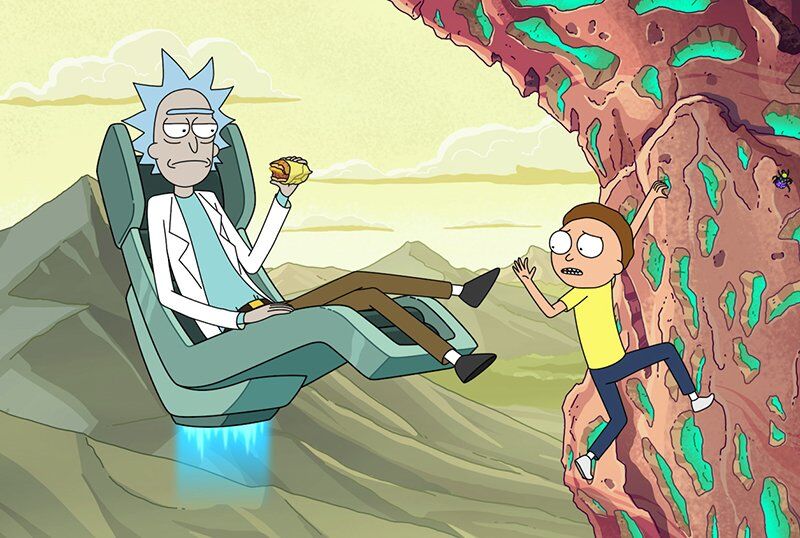 Unless you’ve been living under a rock for the last decade or so, I’m sure you’re all at least aware of the incredibly successful and generation defining Adult Swim cartoon, Rick and Morty. Starting in 2013 and created by Dan Harmon (Community) and Justin Roiland, the cartoon that started as a short parody of Back to the Future has turned into the megahit that is so powerful, it got McDonald’s to bring back Szechuan Sauce! And, even with the pandemic putting the entertainment industry into a standstill, the cartoon is coming back for a fifth season, and now we have our first look!

The Adult Swim YouTube shared an unfinished clip from season 5 during the [email protected] this weekend. The clip shows the duo in peril, with Rick wounded and giving up all hope. Morty, on the brink of despair as well, decides to say goodbye to ‘the one that got away’, only to find she felt the same. This renews Morty’s convictions to get home, and he does just that. But, with certain consequences that lead to a confrontation with Rick’s ‘nemesis’.

The clip, albeit short, gives us a taste of the hilarity and absurdness of a fifth season. And, while the pandemic has put a hinderance (to put it lightly) on productions globally, it looks like we may not have to wait as long for season 5 as we did Season 4. The show is arguably the most successful adult themed cartoon of all time, creating a pop culture phenomenon that has spanned shirts, toys, fast food, commercials, and so much more.

The crude humor mixed with irreverent characters gives everyone a good laugh, all while still touching on major subjects that society has to deal with on the daily. And now, more than ever, we could all use more laughs than sadness.

Are you excited for season 5 of Rick and Morty? Let us know in the comments below!

Continue Reading
You may also like...
Related Topics:Rick And Morty