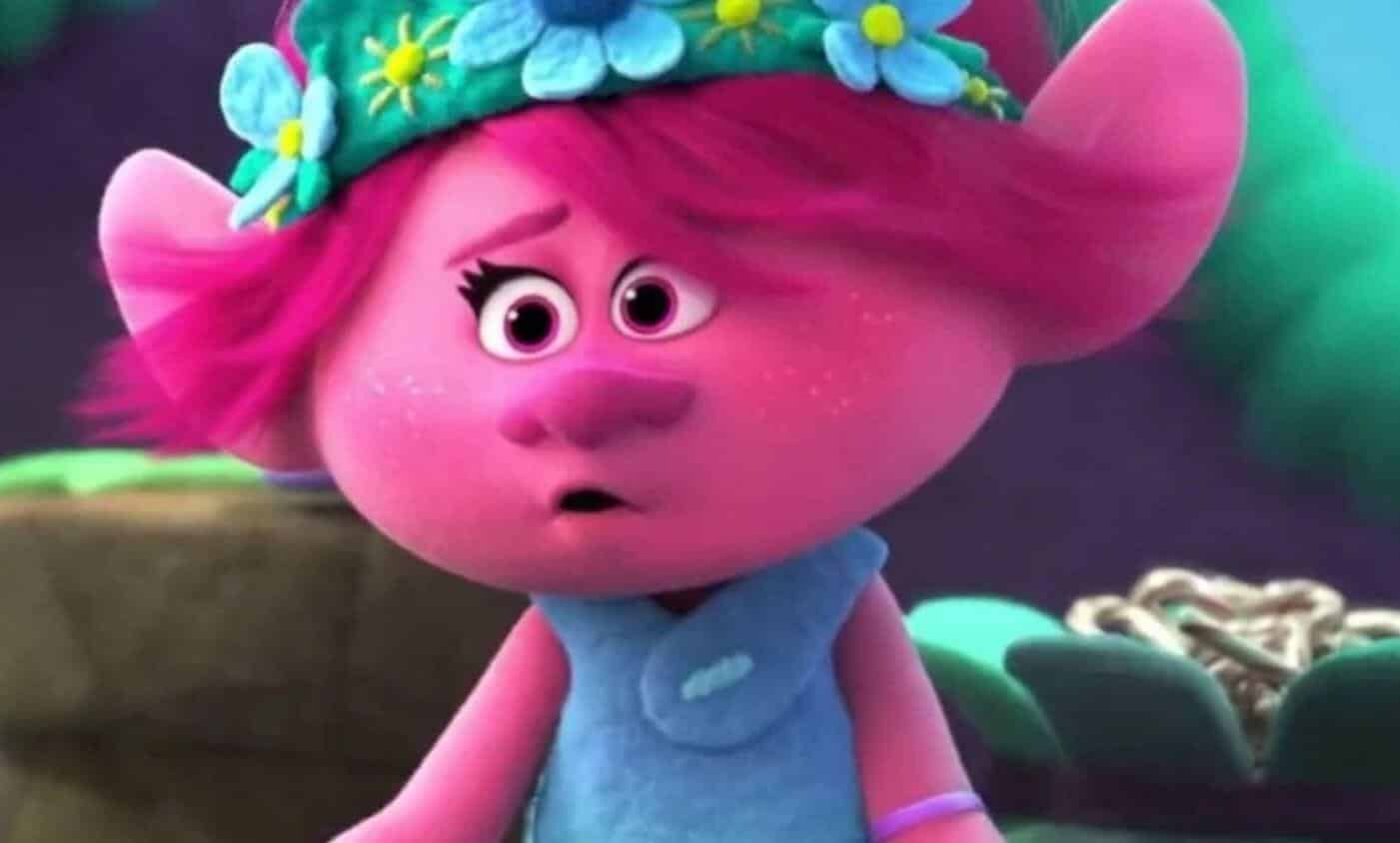 One of the biggest movies of the year, thanks to a rather bizarre series of circumstances generated by the ongoing Coronavirus pandemic, is surprisingly Trolls: World Tour. And as is the case with successful animated children’s films, the movie has had a massive merchandising campaign to along with its success. This includes many different toys – one of which, however, is far from the success that its film counterpart has had. In fact, the Trolls: World Tour doll is downright controversial – and toy manufacturer Hasbro has quickly pulled the doll from production.

You may be wondering, why exactly would a doll based on a rather innocent film like Trolls: World Tour become so controversial? Well, it happens to be a certain design element that in hindsight doesn’t seem like such a good idea. The doll, which is based on the female character Poppy, is intended to giggle when the toy is sitting upright. However, in order for it to do so, the user must press a button – one that’s located between Poppy’s legs.

Look at this Trolls Poppy doll. It gasps and giggles when you push the button on its private area. They’re conditioning our children to think pedophilia is ok. To make them think when someone touches your private it should be fun 😡 It’s not ok!
Sign 👉 https://t.co/vCoVocr4y9 pic.twitter.com/g9DWPCzWKE

@Hasbro Please explain to the world why you thought it was ok to make a Poppy doll with a button between her legs that makes her gasp and giggle? pic.twitter.com/1uwfVK6UMX

It’s noticeably a weird place to put such a button, and as of this writing, the decision has upset almost 400,000 parents. That’s right, all of those parents have signed a petition at Change.org which has already convinced Hasbro to remove the doll from production. According to the petition’s description, which was written by Jessica McMains:

“Our society is conditioning our children to think pedophilia is ok. This Trolls World Tour doll named Poppy has a button on her private area under her skirt. When you push this button on the doll’s private she gasps and giggles. This is not okay for a child’s toy! This toy needs to be removed from our stores. What will this toy make our innocent, impressionable children think? That it’s fun when someone touches your private area? That pedophilia and child molestation are ok? It’s not ok! It’s not fun! It’s damaging and has long term affects on a child’s mental/physical health! Sign this petition to get this toy removed from shelves and help #SaveTheChildren! Children are our future and WE are their voice!”

“This feature was designed to react when the doll was seated, but we recognize the placement of the sensor may be perceived as inappropriate,” Duffy said. “This was not intentional and we are happy to provide consumers with a replacement Poppy doll of similar value through our consumer care team. We are in the process of removing the item for purchase.”

Whatever the case may be, the doll is no longer going to be an issue. While it’s unclear what the replacement will look like, it seems safe to say we shouldn’t expect any other awkwardly placed buttons. Especially considering the mass amount of backlash that parents were able to generate against Hasbro for releasing such a design.