‘Jurassic World: Dominion’ Will Include Dinosaurs From ‘The Lost World’

The Compsognathus dinosaurs from The Lost World: Jurassic Park were spotted in a new behind the scenes image that was featured in a new piece from The New York Times. As you can see, they appear to be practical props, and a production artist clearly seen putting plenty of effort in making sure they look perfect. 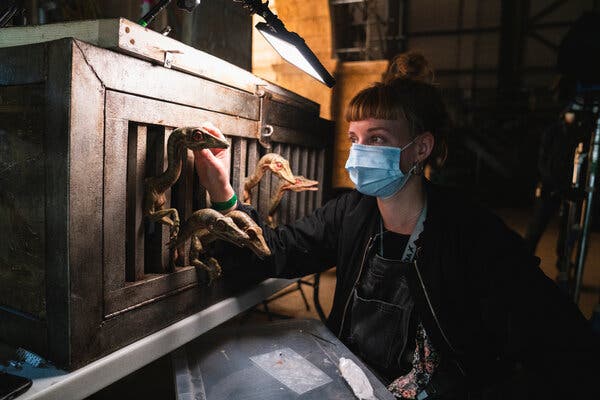 Of course, they have popped up a few other times in the films between this and The Lost World: Jurassic Park. But this just further goes to show how much of a true ensemble this new movie is intended to be. The Compsognathus dinosaurs have been very memorable parts of the franchise since their first appearance, so it only makes sense that they’d make yet another return.