One of the more popular horror movies from the 2000’s has been the horror film Orphan, a movie released in 2009 which has surprisingly remained on everyone’s radar over the last decade. In fact, it’s been recently announced that the popularity of Orphan has led to the development of a prequel titled Esther – and now that Orphan is once again as relevant as ever, it’s a good time to look back at one eerie case that seems like it came straight out of the movie. That’s right, it appears one couple has claimed that their adoptive Ukrainian daughter now named Natalia Barnett is actually an adult – just like the twist in Orphan.

According to the couple named Michael and Kristine Barnett – the two of which have since undergone a divorce – it appears their adoptive daughter which they thought was only eight years old at the time of adoption was allegedly a grown woman. In fact, according to the USA Today, the couple were apparently targeted for murder by Natalia on several different occasions.

As their story goes, Natalia Grace was supposedly an Ukrainian woman with dwarfism, one which simply posed as a child. She was adopted in June of 2010, but her adoptive parents the Barnetts decided to change her age to 22 before abandoning her to move to Canada in 2013. But in 2019, the now divorced couple were charged with neglect of a dependent in Tippecanoe County, Indiana.

More specifically, it appears that when Natalia was first adopted in 2010, a physician did in fact examine and identify her as only eight years old. By 2012 she was examined again by the hospital and declared eleven years old. However, then in June 2012, her age was legally changed by the Barnetts with a court judge’s approval. Apparently now instead of saying she was born in 2003, it stated she was born in 1989 – making her legally twenty-two instead of eight years old. According to Michael Barnett, the change was made so that she could be legally admitted to a psychiatric ward. 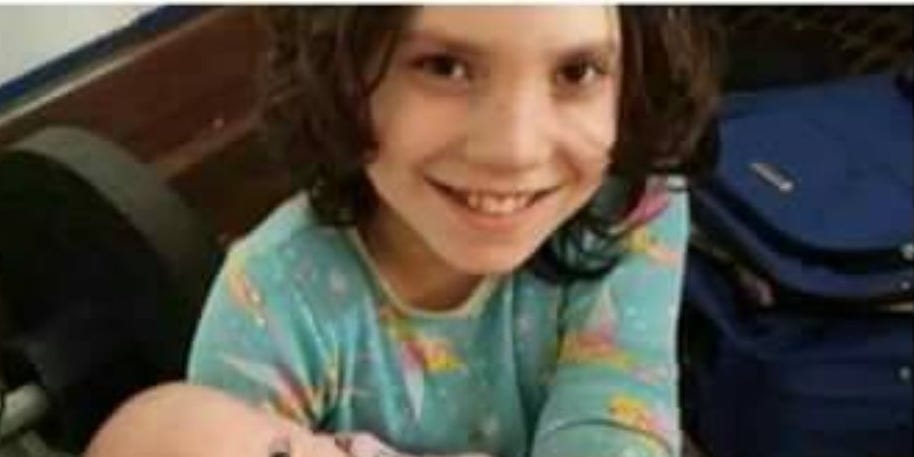 Apparently there were a variety of alleged instances where she seemed to be an adult and not a child. This includes an instance where she was pouring house cleaner into Kristine’s coffee, and when asked why, she simply answered: “I’m trying to kill you.”

According to Michael Barnett, she had even told a variety of medical staff members about how she intended to not only kill her new parents but their three boys as well. It was at this point that one of the boys had also been accepted to the Perimeter Institute for Theoretical Physics in Waterloo, Ontario – prompting the family to leave for Canada albeit without Natalia.

Michael insists that she was helped with getting into an apartment after they left after having been supposedly confirmed as an adult by the staff at the psychiatric ward. Eventually, however, in 2016 Natalia was evicted from her apartment. She ended up living with another family in Indiana which petitioned to become her new guardians – which would have required her original birth records, however, which belonged to the Barnetts.

It wasn’t long after that guardianship hearings were held and even the judge declared Natalia was an adult. However, in 2019, this was the time period when Michael and Kristine Barnett were finally charged for neglect of a dependent. They turned themselves in, bonded out of jail, then proceeded to plead not guilty.

The incredibly intricate story currently lies with the Barnetts dealing with separate court trials. While the results are unclear, it definitely seems like a heavy suggestion to make that not only is Natalia a grown woman posing as a child, but a murderous one at that. Especially one that they were keen enough to supposedly abandon. According to the most recent update, from a couple of days ago, it looks like some charges were dropped due to legal technicalities but they can still be charged over neglecting her and her disabilities.

How the story will ultimately continue to go is yet to be seen, but the prospect of Natalia Barnett having been an actual adult is definitely an eerie parallel to the storyline from Orphan.