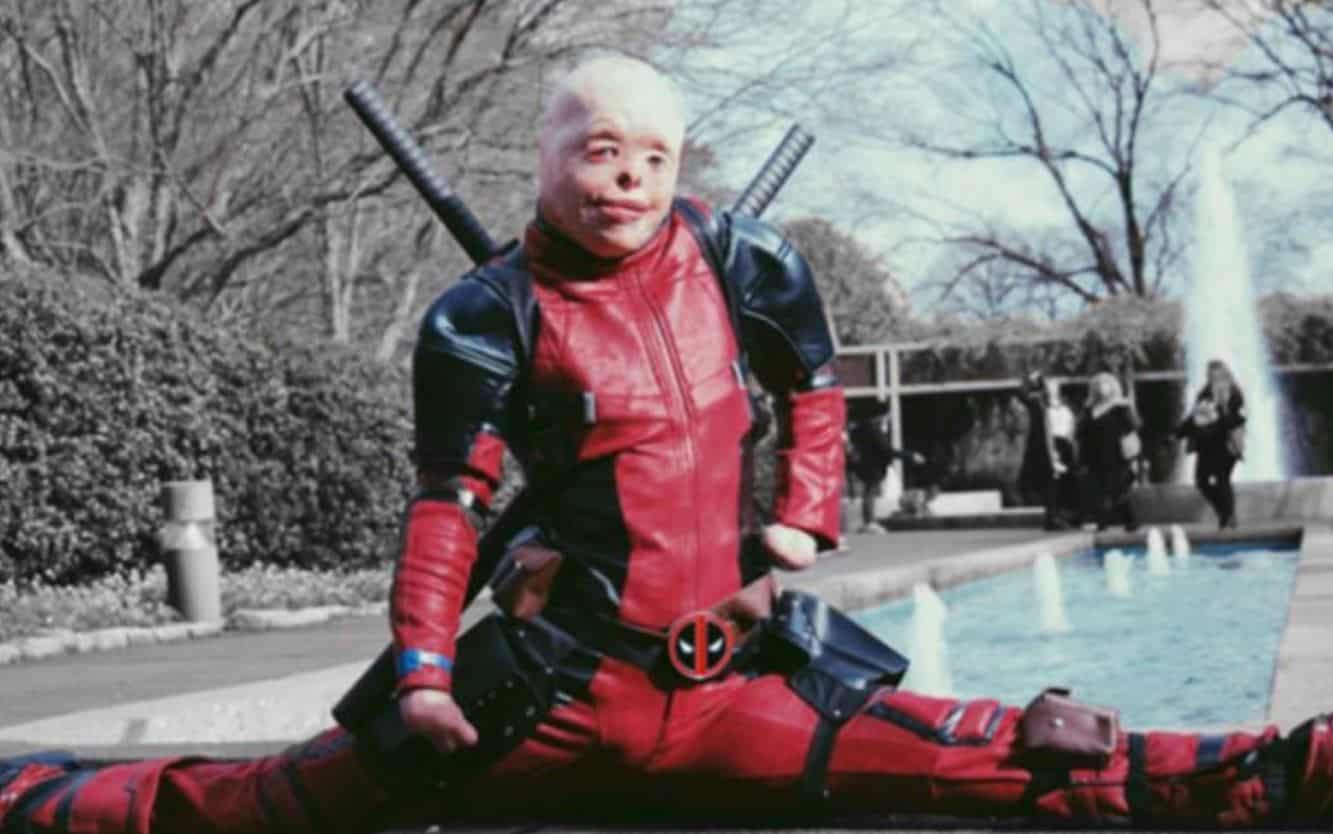 In a time that is arguably the worst year in modern history, full of depressing and agonizing news slamming us in the face on the regular, it’s always refreshing and heartwarming to see some good and kind news to hit the internet. One person who always seems to give people a smile on a nearly daily basis is the hilarious and incredible Ryan Reynolds. The Deadpool star keeps the funny coming on social media, giving fans a bit of relief in an otherwise dark time. However, the tables have been turned a bit, and it was a fan making Reynolds smile, and it came from a fearless and motivational Instagram post.

Tennessee college student, Johnny Quinn, posted a picture of himself doing a full split in a Deadpool cosplay under his username, Jadiant. Sounds like something a lot of people do. But Johnny showed us his bravery with his post, as he did it maskless. Why is that significant you ask? Well, you see, Johnny nearly died in a house fire at the age of 4. He was rescued by his older sister, but still suffered severe burns all over his body, and lost both of his hands. In a showcase of immense inner strength, Johnny went sans mask, stating that Deadpool is also scarred externally, but doesn’t hide who he is. He feels like the character, and more importantly, Reynolds portrayal, has given him the courage to be himself – and the only thing that would make it better is if Ryan himself sees the post. Well. He did.

It would make my dream come true if @vancityreynolds got to see this post! I learned to do the splits just for this photo. Deadpool has honestly made me way more confident. Anyone who has read or watched anything about Deadpool, knows his face and body are pretty messed up. So it’s only natural that I cosplay him. I wanted to be authentic as possible, and that was to not wear a mask. It’s so easy to cover up who I am, and to give In to despair. Deadpool just makes me not care about that stuff and show my true self. This is me, and I’m not Ashamed about it. Deadpool is icy clean, and he’s helped my self esteem so much. I’m owning who I am, and cosplaying Deadpool makes it that much easier.

Ryan posted a comment in response, in pure Reynolds fashion. He talked about how this post made his year, showing his pride in the post and the honor he feels for inspiring him. Then, here comes the classic quip. Check out his response below:

“Jadiant, this made my year. Can’t even describe what this post means to me. Also, I can do the splits… but only once a year. And it has to be in the lobby of a hospital.”

Stories like these reinvigorate the soul, especially in these otherwise troubling times. Thank you, Johnny, for sharing your amazing post- and thank you, Ryan, for showing fans that they too can make an impact in someone’s life.

Continue Reading
You may also like...
Related Topics:Deadpool, Ryan Reynolds