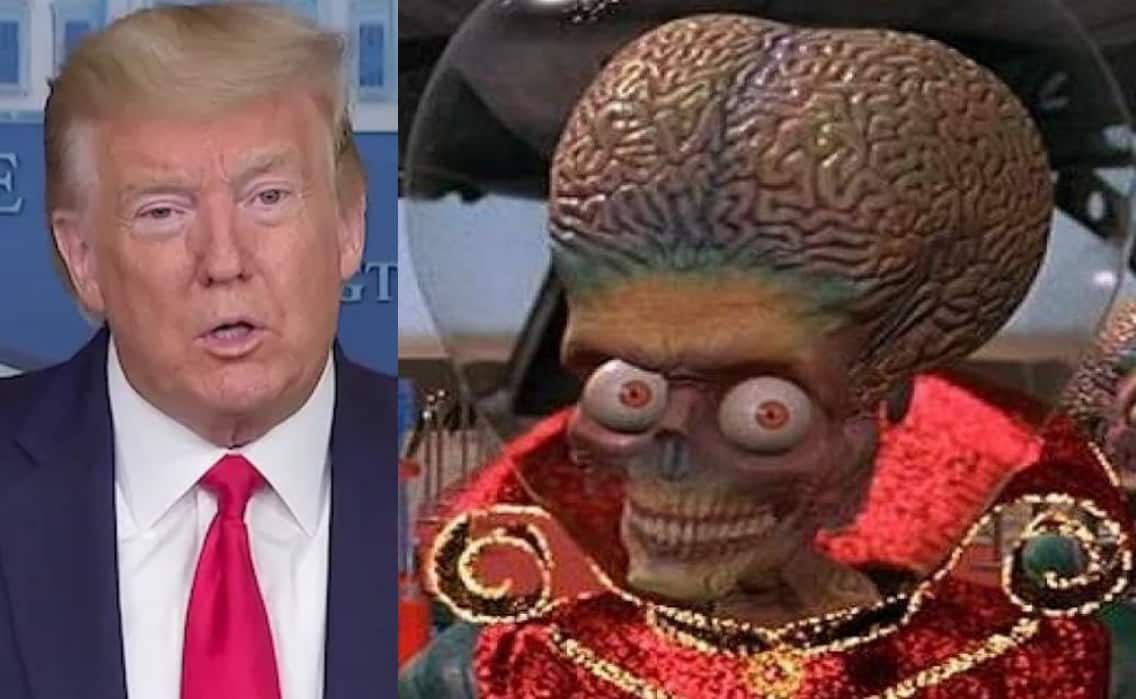 It isn’t a surprise for anyone that 2020 has been an outright wild year for the history books, and along with everything else going on – it appears aliens and UFOs are being added to the list. United States President Donald Trump has recently acknowledged this, having stated that he would be taking a “good, strong look” at whether or not UFOs really do exist. This is no doubt due in part because of recently declassified materials on UFOs released by the United States government. With a variety of materials, including video footage of alleged UFO sightings, it makes sense that Donald Trump would want to investigate the matter. Of course, that’s also a big statement to see the United States President announce that he’ll be looking into the possibility of UFOs and potentially even aliens.

He revealed this while speaking in an interview with Fox News. He was asked about the Department of Defense starting a UFO task force, and whether or not he believed there were UFOs. This is what he stated:

He also mentioned the US military, which some viewers thought was a potential threat against any possible alien lifeforms. Of course, that last part has yet to be confirmed. But it’s an interesting statement made by Donald Trump nevertheless, especially after a discussion about the existence of UFOs.

“I will tell you this, we now have created a military the likes of which we’ve never had before, in terms of equipment,” said Trump. “The equipment that we have, the weapons that we have, and hopefully – hope to god we never have to use them.

BARTIROMO: "Mr President, are there UFOs?"

TRUMP: "Well, I'm gonna have to check on that … I will tell you this, we have now created a military the likes of which we've never had before, in terms of equipment." #wut pic.twitter.com/JqecgqE7FQ

As with most of us, it seems like Donald Trump just wants to get to the bottom of whether or not UFOs really do exist. And, considering the materials no doubt at his disposal, we can only hope he’ll come up with some valid answers at some point.