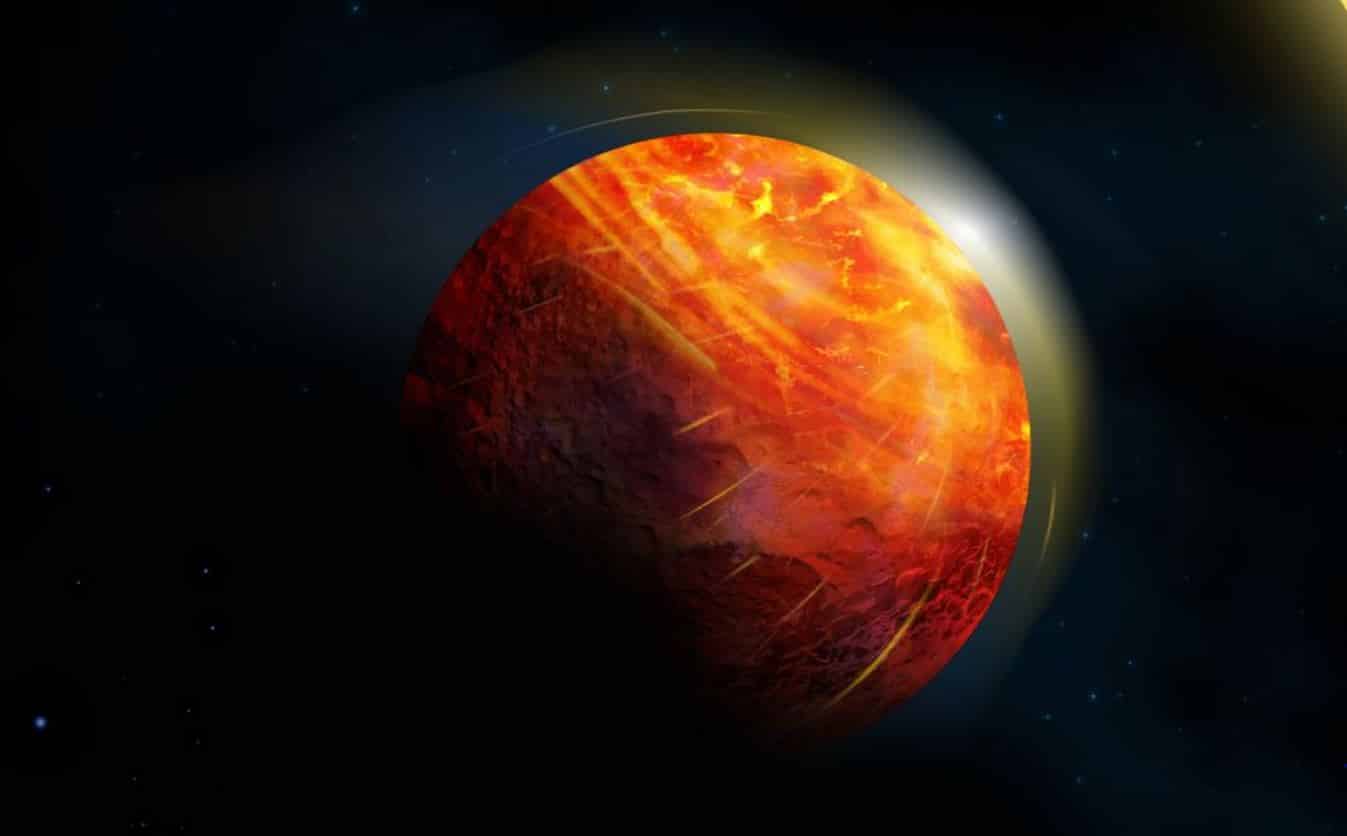 In what sounds like something you’d come to expect from the Star Wars franchise, it appears that scientists have discovered quite the planet – hundreds of light-years away from our own Earth. The planet, which they’ve named K2-141b, is a scorching planet with oceans made of lava, supersonic winds, and raining rocks. It’s a truly intense depiction of what crazy worlds can be found in outer space, and scientists are calling this one of their most “extreme” finds.

The planet, discovered by scientists from McGill University, York University and the Indian Institute of Science Education, published their study in the Monthly Notices of the Royal Astronomical Society. It was here that they described the planet, and revealed that its incredibly hot landscape is the result of being incredibly close to its host star.

“The study is the first to make predictions about weather conditions on K2-141b that can be detected from hundreds of light years away with next-generation telescopes such as the James Webb Space Telescope.”

It’s a fascinatingly strange find by scientists, especially because the planet’s surface, ocean, and atmosphere are all made up of rocks. It gets even stranger as 2/3rds of the planet is stuck in perpetual daylight, and because it’s gravitationally locked in place – the same side always faces its host star. The planet thus has temperatures as hot as 5,400 degrees Fahrenheit, which is enough to vaporize rocks. As a result, the atmosphere makes the planet uninhabitable.

“Our finding likely means that the atmosphere extends a little beyond the shore of the magma ocean, making it easier to spot with space telescopes,” said co-author Nicolas Cowan.

Meanwhile the other parts of the lava planet that face away from its host star, and are forever cloaked in darkness, are as cold as -328 degrees Fahrenheit. As already stated, it’s a strange and extreme planet, especially when you consider its equivalent to Earth’s water system is made up entirely of rocks. That being said, it likely won’t stay that way forever. All planets start out as molten rocks, including our own, and thus K2-141b could be a fascinating look at planetary evolution.

“All rocky planets­, including Earth, started off as molten worlds but then rapidly cooled and solidified. Lava planets give us a rare glimpse at this stage of planetary evolution,” Cowan said.