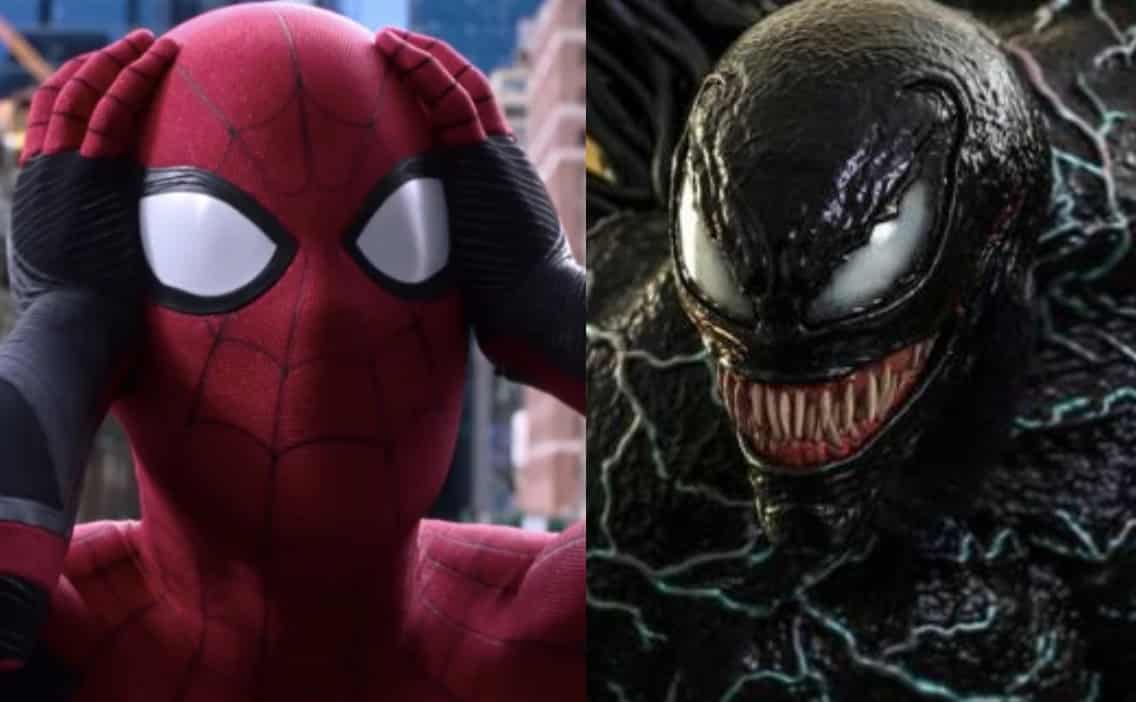 Spider-Man sits in an incredibly unique position when it comes to the movies. He is not only a part of the undeniable powerhouse that is the Marvel Cinematic Universe, but he is also a part of the budding Sony Universe of Marvel Characters. Kevin Feige has even commented on how Spidey is the only character with the ability to cross universes. So, that leaves the door open for Tom Holland’s Peter Parker to show up in future Sony films. Now, thanks to the latest tie-in merchandise, could we see Spider-Man in Venom: Let There Be Carnage aka Venom 2?

Party City and Amazon are posting new costumes that are tagged as Venom 2. There’s a Venom costume and a Carnage costume. The Venom costume itself has the elongated tongue, the veiny white lines on the suit synonymous with the movie, and it has one other feature that is quite the eye opener. It has the giant white spider emblem on the chest, reminiscent of the comic books.

Why would Venom have this emblem on his chest? Eddie Brock is in San Francisco, nowhere near New York. He has never even met Spider-Man, much less been able to have the symbiote become enamored with his powers. So, does this mean that Spidey will be in the sequel, and maybe even have some time with the symbiote?

Probably not. This costume, while possibly official merchandise, does not actually mean anything. When the first film came out, all of Party City’s Venom costumes carried the white spider emblem, even though the film never had it. It’s mainly because it’s a more iconic look from the comics that the casual fans would recognize over the film version. What if it’s a bigger spoiler than we think, though? Fingers crossed that this actually means more than just a more acknowledged look.

What do you think of the Venom 2 costume from Party City? Let us know in the comments below!