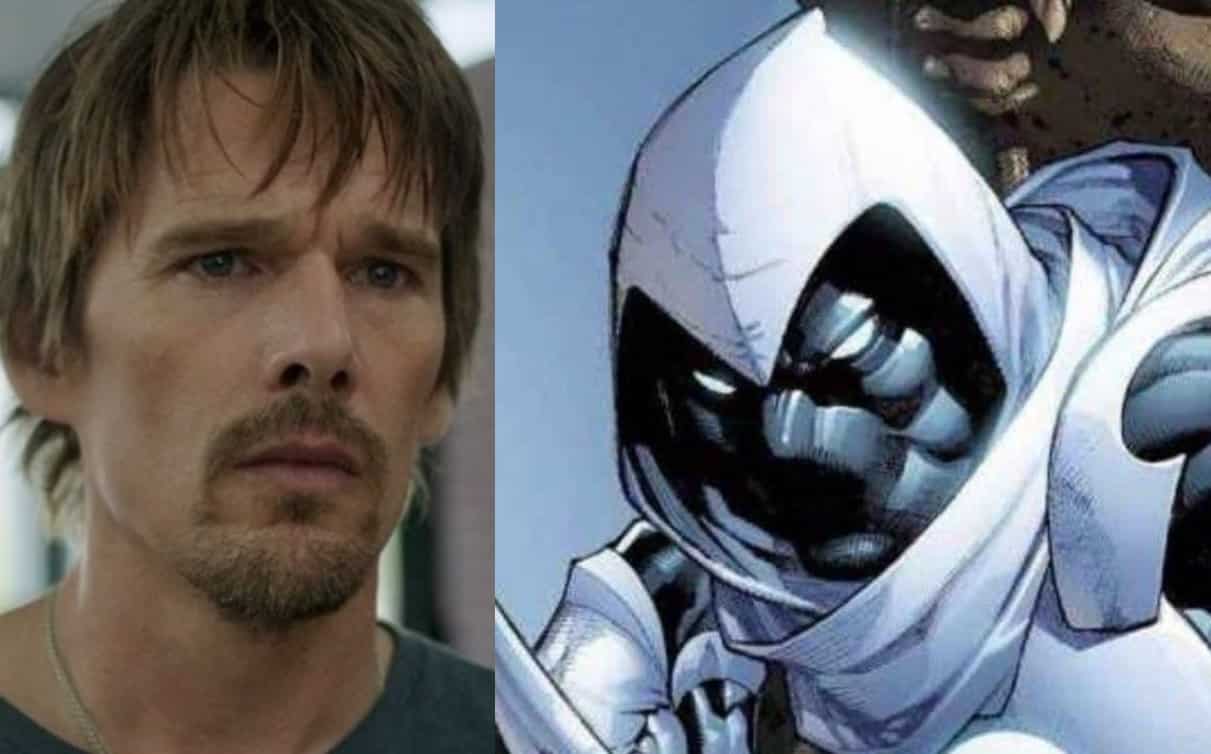 The Marvel Cinematic Universe is expanding, starting its Phase 4 with one of their many new Disney Plus series, WandaVision. Thanks to Kevin Feige taking over all aspects of Marvel Entertainment, we can now have long form series on the streaming service that tie into the films that will come out in theaters, giving us an even broader and more expansive MCU. One of the most anticipated characters coming to Disney Plus is Moon Knight. And, thanks to a new report, we now know that Ethan Hawke will be playing the show’s villain.

The Hollywood Reporter has announced that Ethan Hawke has signed on to play the main villain in Moon Knight. With Oscar Issac reportedly signed on to play the lead, this cast looks to be shaping up for one hell of a show. There is no word on who Hawke’s character will be, but his dynamic acting range should bring a brilliant level to whomever he is playing. It also could lead to a larger role in the MCU, since Moon Knight is meant to lead into Mahershala Ali’s Blade film.

On that note, Hawke could be playing Dracula, or some other ancient vampire. With the series being an ‘Indiana Jones-esque adventure series based around the Egyptian motif that surrounds the hero’s origin, Hawke could play an ancient vampire uncovered by Spector, even being the King of Vampires, Dracula. This would be a great lead in to the new Blade and give Hawke more longevity than most villains see in the MCU.

Regardless of who Hawke is playing, this is a great addition to the cast and will bring the level of the series up having such tremendous acting power as the lead and the antagonist. Hopefully Marvel will let us know sooner rather than later who he will be portraying in the series.

Are you excited to see Ethan Hawke as the villain in Moon Knight? Let us know in the comments below!