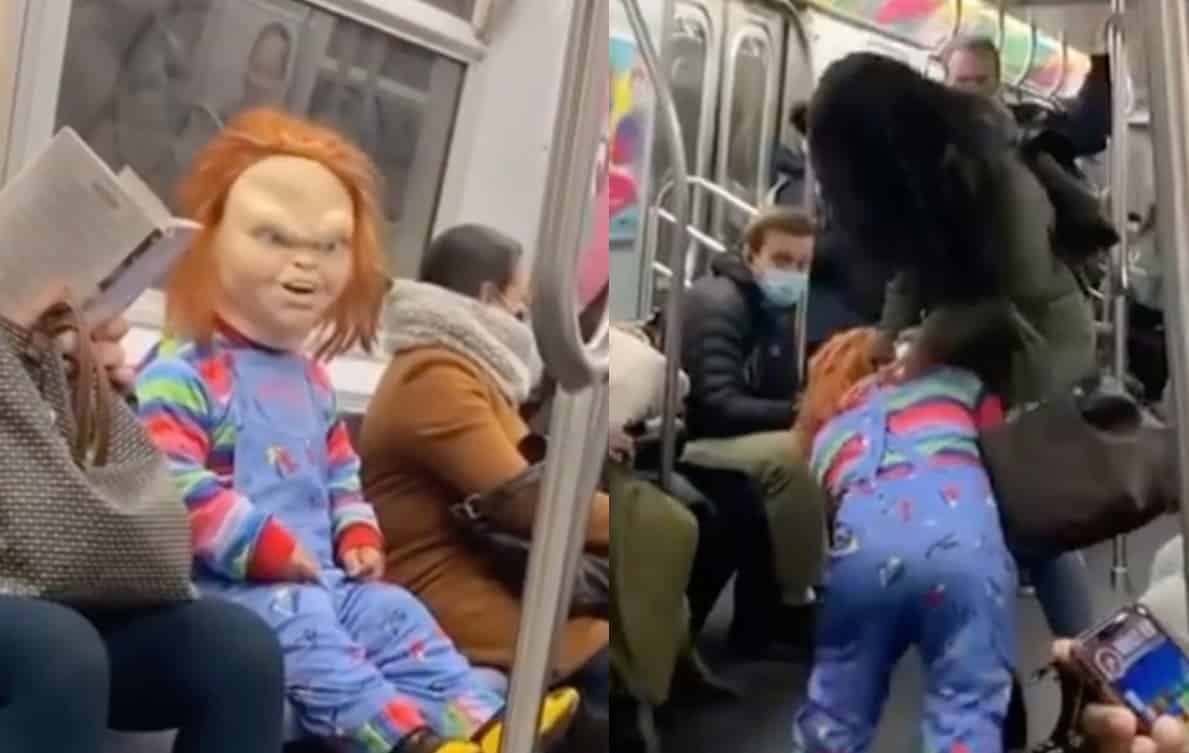 Child’s Play remains one of the most iconic horror films ever made, with its prime antagonist Chucky being a trademark villain of the genre. As a result, a prank recently went viral which featured an individual dressed up as Chucky going after a woman without a face mask. The entire incident was ultimately just a joke, all planned out by Brooklyn filmmaker Rodrigo Valencia.

According to the Daily Dot, Valencia created the viral video of which you can find several more on his Instagram titled subwaycreatures. In this particular video, however, you can see the man dressed as Chucky grab a woman’s leg. She asks for help, and one woman attempts to intervene, but Chucky manages to push her away. Apparently both of the women were aware of the Chucky prank. What’s more, filmmaker Rodrigo Valencia was actually the one in the Chucky costume. He explained that it was something of a social experiment, one in which he wanted to see if anyone would help. Here’s what he had to say to the Daily Dot:

“As expected, no one helped. Instead, they decided to record,” Valencia explained. “We chose for Sara not to wear a mask to see if that would affect people helping her out in this situation,” he further added.

Apparently the prank received the same reaction after the team attempted it on another train. You can see the video for yourself down below:

Chucky in charge of attacking non maskers from PublicFreakout

It’s definitely an interesting prank, and one which should get fans hyped up for the next installment of the Child’s Play franchise. This time, rather than receiving a film entry, fans will be getting the first ever Child’s Play TV series. Brad Dourif is attached to once again voice the iconic killer doll, Chucky, and fans can also expect plenty of other familiar faces and voices to appear.